Sino-Singapore Jingwei, June 16 (Zhang Shunan Wan Keyi) In the early morning of the 16th Beijing time, the Federal Reserve raised its benchmark interest rate by 75 basis points to a range of 1.50%-1.75%, the largest rate hike since 1994.   After the interest rate hike news was announced, U.S. stocks plunged in a short-term, and then rose straight up. As of press time, the Dow rose 1.3%, the Nas 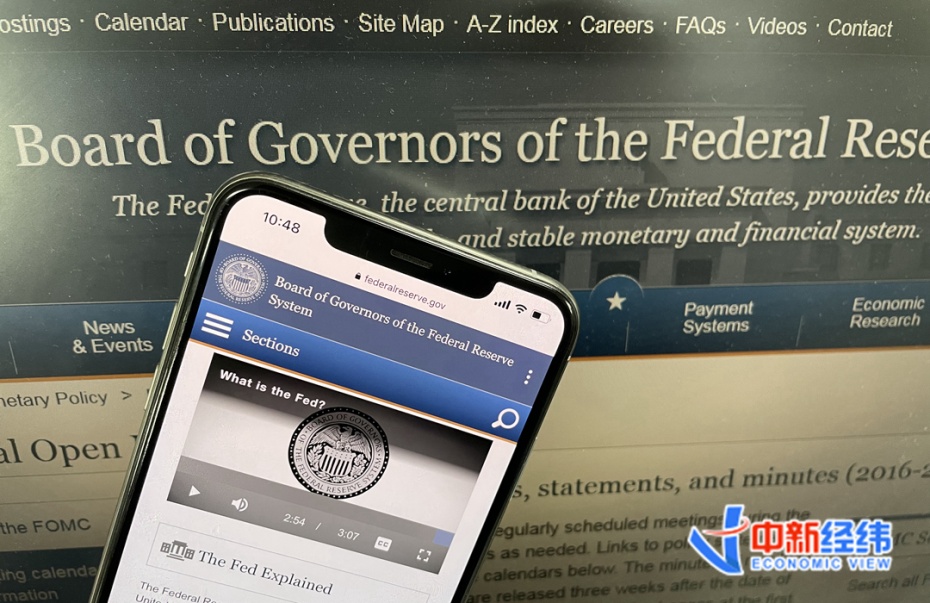 Sino-Singapore Jingwei, June 16 (Zhang Shunan Wan Keyi) In the early morning of the 16th Beijing time, the Federal Reserve raised its benchmark interest rate by 75 basis points to a range of 1.50%-1.75%, the largest rate hike since 1994.

After the interest rate hike news was announced, U.S. stocks plunged in a short-term, and then rose straight up.

The Fed said it was highly concerned about inflation risks, with a "firm commitment" to return inflation to 2 percent, and reiterated that continued rate hikes were appropriate.

The Fed is expected to start cutting rates in 2024.

Federal Reserve Chairman Powell said at a press conference after the interest rate decision that he is firmly committed to bringing inflation down and that there are tools needed to restore price stability; inflation must be lowered to help the employed population, the current situation is clear, the labor market is extremely tight, Inflation is too high; expect a better balance between supply and demand in the labor market and moderate wage growth.

Previously, when Powell attended a regular press conference in May, he said about the pace of future interest rate hikes, "It is possible to raise interest rates by 50 basis points in the next two monetary policy meetings, but he did not actively consider a single increase in interest rates. 75 basis points of interest."

The carding found that, excluding this rate hike this year, the Fed has raised interest rates twice, on March 17, by 25 basis points; on May 5, by 50 basis points.

This week is the central bank super week. In addition to the Federal Reserve, the Bank of England and the Bank of Japan will all announce interest rate decisions.

The Fed's continued interest rate hikes and expectations of "shrinking the balance sheet" have also added a layer of variables to the market trend.

Since the beginning of this year, many central banks have started or accelerated the process of raising interest rates.

On June 15, the People's Bank of China announced that in order to maintain reasonable and sufficient liquidity in the banking system, it will carry out 200 billion yuan of medium-term lending facility (MLF) operations and 10 billion yuan of open market reverse repurchase operations, and the winning bid rates will remain unchanged.

On January 17, the central bank lowered both the one-year MLF interest rate and the seven-day reverse repurchase rate by 10BP to 2.85% and 2.10%.

Following the continuation of incremental parity in March this year, MLF maintained the same amount of parity in April, May and June.

Dongfang Jincheng believes that under the pressure of high inflation in the United States, the Federal Reserve is accelerating the tightening of monetary policy.

Affected by this, U.S. bond yields have soared recently, the inversion of the Sino-U.S. interest rate gap has widened, and the appreciation of the U.S. dollar has brought certain depreciation pressure to the RMB.

As a result, my country's monetary policy will pay more attention to internal and external balance at this stage under the "self-centered" tone, and try to avoid the "direct collision" between the monetary policies of the two countries in the adjustment of policy interest rates.

Wang Qing believes that the LPR offer will remain unchanged this month.

This is considering that, firstly, the MLF interest rate, which is the basis for LPR pricing, has not changed; secondly, the quotation of the 5-year LPR in May was reduced by 15 basis points, which is relatively large. The policy side will observe the stimulus of this targeted interest rate cut to the property market. At the same time, this will also digest to a certain extent the impact of the recent decline in the cost of the bank's liability side.

In terms of the stock market, previously affected by the imminent interest rate hike by the Federal Reserve, US stocks fell sharply, while A shares went out of the independent market.

Yang Delong, chief economist of Qianhai Open Source Fund, told Sino-Singapore Jingwei that there is no need to worry too much about the Fed raising interest rates.