The Second Vice President and Minister of Labor and Social Economy, Yolanda Díaz, assured this Monday that she is negotiating with the socialist part of the Government the... 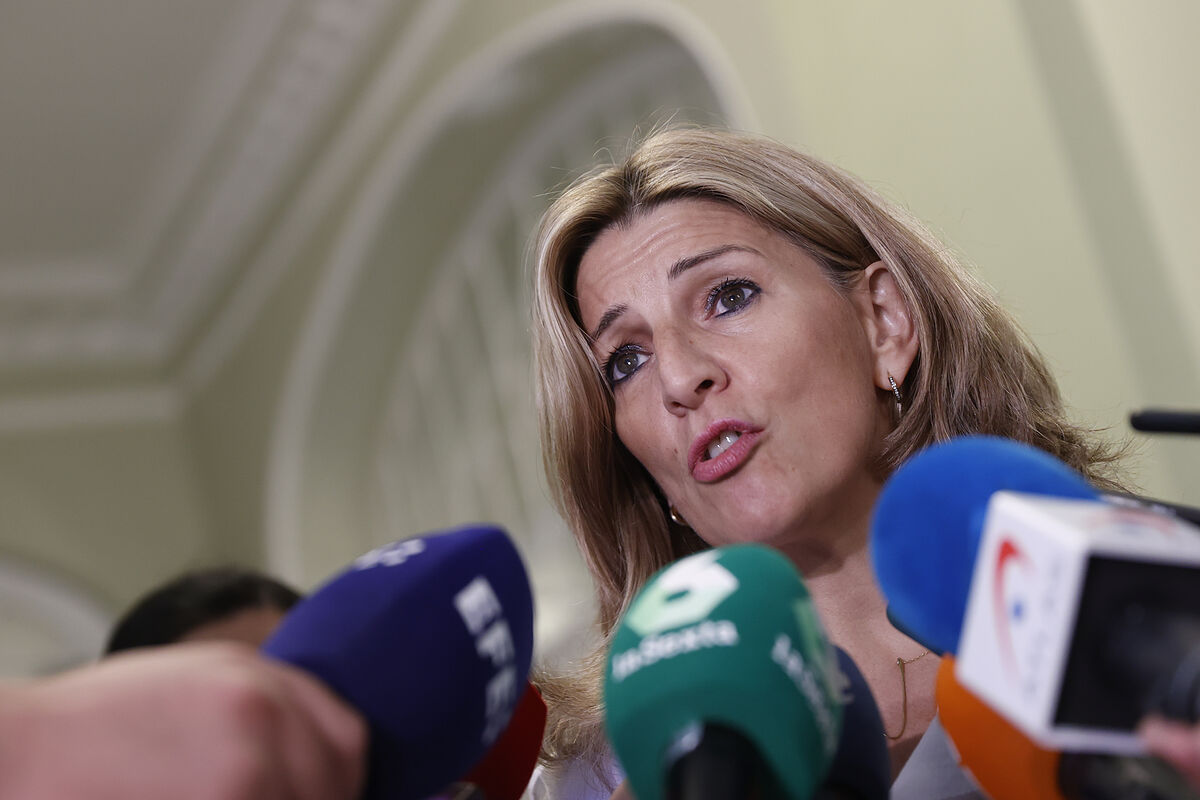 The Second Vice President and Minister of Labor and Social Economy,

assured this Monday that she is

negotiating with the socialist part

of the Government the incorporation of

to mitigate the impact of

transport and the establishment of an

Díaz has made these statements during his attendance at a breakfast of the Minister of Inclusion, Social Security and Migration, José Luis Escrivá, organized by the Nueva Economía Fórum, echoed by Europa Press when asked about the measures that should be included or modified in the

that the Government plans to extend until September 30 and of which the bonus of 20 cents on fuel for all citizens is part.

Díaz, who has been in favor of "

" who receives this bonus and not promoting the use of hydrocarbons, has insisted on how

"incomprehensible" it is to discount gasoline or diesel

and not do the same, for example, with

Along with this measure, the vice president has indicated that the incorporation of an "extraordinary" tax on electricity

companies is being negotiated with the PSOE

to compensate citizens for the "enormous transfer" that they are making to these companies due to the rise in prices. energetic.

"Electric companies must commit to our country

", underlined the vice president, who specified that this tax is already being applied in many countries and is a recommendation of both the OECD and the European Commission.

"It's nothing extraordinary," she stressed.

Increase the bonus of 20 cents per liter

The First Vice President and Minister of Economic Affairs, Nadia Calviño, has assured for her part that the Government is analyzing

the current bonus per liter of the fuels.

Calviño, who is in Barcelona to participate in various events, recalled, first of all, that the President of the Government, Pedro Sánchez, has already announced that the current bonus of 20 cents

will be extended over time

Next, and in response to the question of whether the amount of the bonus will be increased, he pointed out that "what we are going to do is analyze whether modifications or changes need to be made to guarantee that these measures are as effective as possible" to help to the consumer.

for energy makes the impact of the war more visible in the increase in inflation.

Despite this complex context, the minister stressed that all forecasts point to "a very intense recovery for Spain" this year