They, once the richest man in the region, are now facing delisting

Zhongxin Finance, June 9 (Reporter Xie Yiguan) "I saw him raise a tall building, saw him feasting guests, and saw his building collapse."   With the "late" 2021 annual report disclosure of some listed companies, even the once local richest man, the company is now facing the fate of being delisted. The money-counting machine company that once created the "richest man in Liaoning" delisted   On 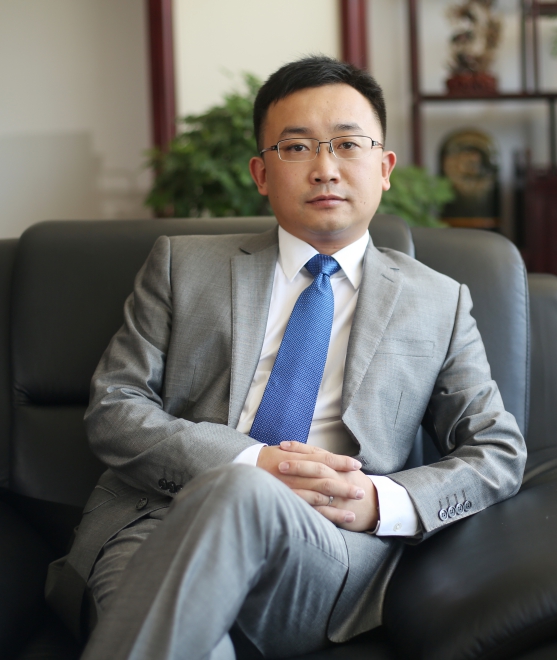 With the "late" 2021 annual report disclosure of some listed companies, even the once local richest man, the company is now facing the fate of being delisted.

On June 2, *ST Julong issued an announcement that the Shenzhen Stock Exchange decided to terminate the company's stock listing.

The starting date of the company's stock entering the delisting arrangement period is June 13, and the last trading date is expected to be July 1.

As the world's leading comprehensive solution provider for monetary and financial service platforms, Julong shares landed on the Shenzhen Stock Exchange in 2011, and is known as "the first stock in the banknote sorting industry".

The listing of Julong shares also allowed the Liu Yongquan family, the actual controller of the company, to rapidly accumulate wealth.

The picture comes from the official website of Julong Co., Ltd.

In 2015, the total market value of Julong shares once exceeded 30 billion yuan. On the "2015 Hurun Rich List", the Liu Changqing (Liu Yongquan's father) family ranked 231st with a wealth of 12.5 billion yuan.

But in March 2017, Liu Changqing was sentenced to nine months in prison for sabotaging elections and resigned as chairman of Julong.

Since 2017, the performance of Julong shares has fallen sharply.

The summary of the annual report disclosed by the company shows that in 2021, *ST Julong will realize a net profit loss of 413 million yuan attributable to shareholders of listed companies, which is the largest loss after listing.

Because the 2020 and 2021 annual financial and accounting reports were issued by the auditing agency in an audit report that could not express an opinion, *ST Julong hit the delisting conditions and was suspended from April 29.

The company was heading for delisting, and Liu Changqing and his son were also put on file.

In July 2021, the China Securities Regulatory Commission decided to investigate *ST Julong, Liu Changqing and Liu Yongquan due to suspected violations of laws and regulations in information disclosure.

In order to complete the gambling, the former richest man in Jingzhou did not hesitate to cheat, and the company finally delisted

On the same day as *ST Julong, *ST Jitang received the decision to terminate the listing of its shares.

Prior to this, *ST Jitang was also placed on file by the China Securities Regulatory Commission for failing to disclose its 2021 annual report in a timely manner and suspected of violations of laws and regulations in information disclosure.

In 2016, Tongjitang backdoored the listing of A-share company hops. During the backdoor, the two parties signed a gambling agreement on three-year performance.

According to the annual reports of Tongjitang from 2016 to 2018, the gambling was completed in all three years, but only slightly higher than the performance of the gambling agreement.

Taking advantage of the "Dongfeng" of listing, Zhang Meihua, the actual controller of Tongjitang, won the richest man in Jingzhou, Hubei in Hurun's 2017 Central China Rich List with a net worth of 6.7 billion.

After retrospective adjustment, *ST Jitang's net profit for three consecutive fiscal years from 2017 to 2019 was negative and the net profit in 2020 was also negative.

To this end, the China Securities Regulatory Commission imposed a lifetime market ban on Zhang Meihua and others, and Tongjitang became a *ST Jitang.

"Chicken Feather in One Place" by Zhou Xiaoguang, the former richest woman in Zhejiang

In 2017, the TV series "Chicken Feather Flying to the Sky" was broadcast. The prototype of the heroine is Zhou Xiaoguang, who was once known as "the most inspirational richest woman in Zhejiang".

Zhou Xiaoguang, who was born in 1962, made his fortune from small jewelry business, founded Xinguang Jewelry, and later dabbled in real estate and other fields, and developed Xinguang Group into an enterprise integrating real estate, finance, commerce and other businesses.

In 2016, Xinguang Group "backdoored" Fangyuan Support to land on A-shares. Zhou Xiaoguang and Yu Yunxin ranked 53rd with a fortune of 30 billion yuan on the Hurun Report in the same year.

On the 2018 Hurun Global Self-Made Richest Women List, Zhou Xiaoguang became the richest woman in Zhejiang with a net worth of 18.5 billion yuan.

However, in 2018, two bonds issued by Shin Kong Holdings with a total amount of 3 billion yuan defaulted, and then problems such as asset restriction, equity pledge and freezing emerged one after another. Shin Kong Holdings and its three subsidiaries filed for bankruptcy and reorganization.

At the same time, the annual report shows that from 2018 to 2020, *ST Xinguang's net profit attributable to the owner of the parent company was -212 million yuan, -5.085 billion yuan, -3.257 billion yuan, a loss for three consecutive years.

On May 24, the Shenzhen Stock Exchange issued a decision to terminate the listing of *ST Xinguang shares.

After a series of violations, the former richest man in Henan came to the brink of delisting

*ST Julong, *ST Xinguang, etc. have already been delisted, and ST Furen, which is owned by Zhu Wenchen, the former richest man in Henan, is struggling on the brink of delisting.

On May 20, ST Furen announced that the company failed to disclose the 2021 annual report and the 2022 first quarter report within the statutory time limit, and the company's shares have been suspended from May 5, 2022.

If the company's stock is still unable to disclose the 2021 annual report within 2 months of suspension, it will be issued a delisting risk warning.

If the company fails to disclose the 2021 annual report within 2 months after the delisting risk warning is issued, the company's shares may be terminated from listing.

In addition, because ST Furen failed to disclose the 2021 annual report within the specified time limit, it was suspected of violation of laws and regulations in information disclosure, and the China Securities Regulatory Commission has recently decided to file a case against it.

Founded in the 1990s, Furen Pharmaceuticals entered the capital market in 2006 after a capital “enclosure movement”.

As the stock price rose, the wealth of the actual controller Zhu Wenchen also increased rapidly.

As a well-known pharmaceutical group in Henan, Furen Pharmaceuticals has a great reputation, but in recent years, a series of violations of the company have been exposed.

In October 2020, ST Furen was punished by the China Securities Regulatory Commission for a number of violations including false records, and the actual controller Zhu Wenchen was banned from the securities market for 10 years; , ST Furen and its controlling shareholder were publicly condemned by the Shanghai Stock Exchange, and the actual controller, Zhu Wenchen, was found to be unsuitable to serve as a "director and senior supervisor" of a listed company within five years.

At the same time, ST Furen and Zhu Wenchen were listed as persons subject to execution for many times.