The Cargo Regiment goes on a general strike from today. We will connect with reporters at the Uiwang container base in Gyeonggi-do, a logistics hub in the metropolitan area, to learn more about the related news. 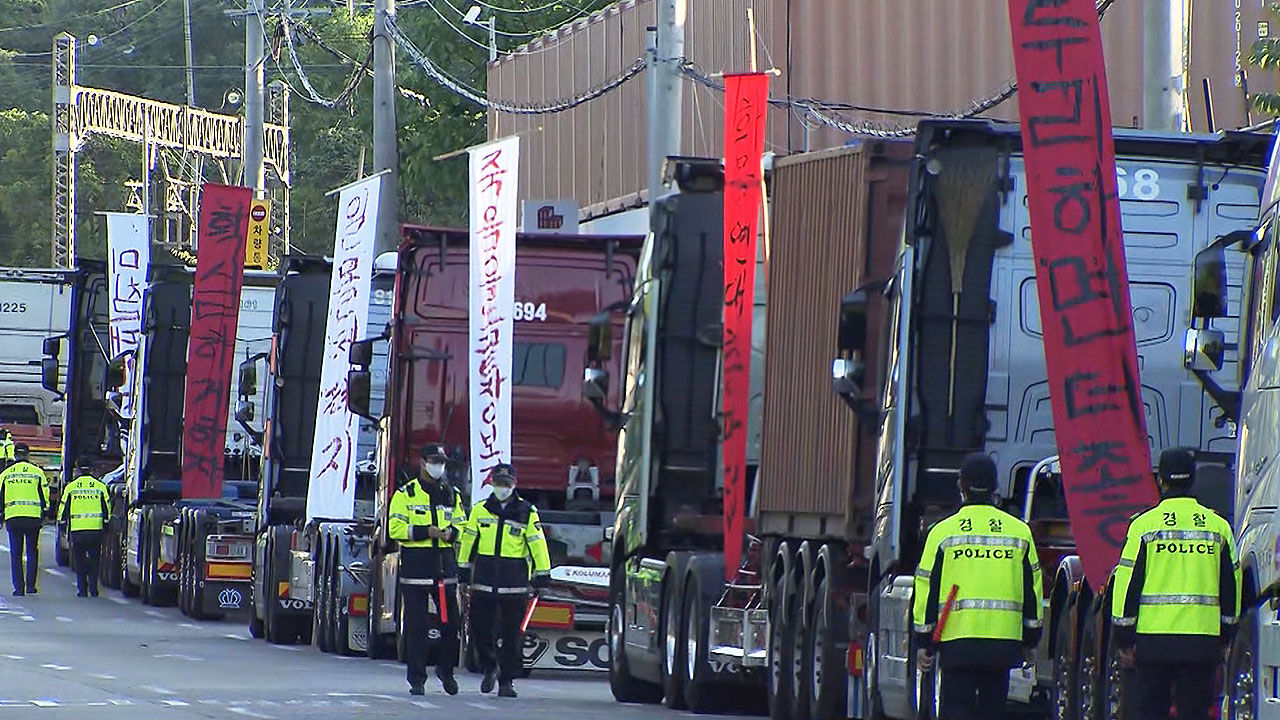 Cargo Regiment goes on a general strike from today (7th).

We will connect with reporters at the Uiwang container base in Gyeonggi-do, a logistics hub in the metropolitan area, to learn more about the related news.

Yes, I am now at the Uiwang Inland Container Base in Gyeonggi-do.

As you can see behind me, there is currently very little freight vehicle movement.

A general strike ceremony for the cargo regiment is scheduled here from 10 am today.

Of the total of 420,000 freight forwarders, only 25,000 are members of the Cargo Solidarity, but the high proportion of union members, such as import/export containers and cement transport vehicles, is expected to have a significant impact on logistics.

In addition, non-members who have suffered from the recent surge in diesel prices are highly likely to participate.

A reporter, what was the reason for the general strike?

Yes, according to the sunset system, the request of the Cargo Solidarity is to extend the safe fare system, which will be abolished at the end of this year, and to expand the scope.

The safe fare system is a system that guarantees minimum fares to truck owners or transportation operators, and imposes fines on shippers who do not comply with these requirements.

There are quite positive effects such as overloading and speeding operation, but shippers have shown the opposite position, saying that the logistics cost has risen by more than 30%.

The Cargo Solidarity wants to extend this system, which is scheduled to be abolished at the end of the year, and expand the scope of its application.

In addition, since diesel prices have risen so significantly, the need for a safe fare system linked to fuel costs has grown even greater.

However, the government said that it already has a plan to discuss the requirements while communicating with the Cargo Solidarity, and is taking a strong stance if illegal acts occur during the strike.

First of all, we decided to implement emergency transportation measures such as introducing alternative transportation vehicles to prevent a logistical disruption.