Balance in millions of "Tether" currency .. the latest methods of hacking phones and balances

Residents received anonymous text messages that included a “user name” and “password,” indicating that there was a balance in the millions in “Tether,” symbolized by “USDT,” the stable currency that is used on digital platforms, through which various cryptocurrencies can be purchased. They received this message, so 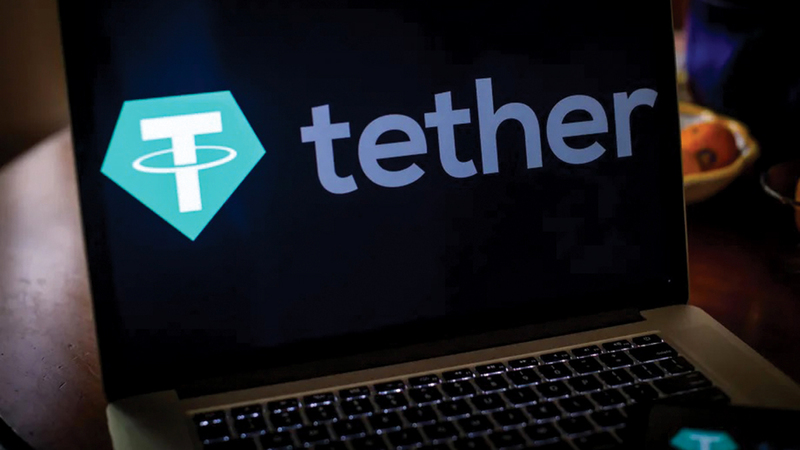 Anonymous text messages asking to create an account on a site... and an expert warns

Balance in millions of "Tether" currency .. the latest methods of hacking phones and balances

Tether or USDT is a digital currency equal to $1.

Residents received anonymous text messages that included a “username” and “password,” indicating that there was a balance in the millions in “Tether,” which is symbolized by “USDT,” the stable currency that is used on digital platforms, through which various cryptocurrencies can be purchased.

According to those who received this message, it asks them to use the transmitted data, and to create an account on the site that was sent.

And they told «Emirates Today»: “When you enter the sent site and create an account using the (user name) and (password) sent, the phone or computer used is hacked, and all data is stolen, including any bank data, or wallets. Investing in digital currencies.

For his part, an expert in financial investment, Abdullah Ali, said that such messages are the latest methods of penetrating phones and laptops, as well as the balances of investment portfolios, whether in digital currencies or others.

He added to "Emirates Today" that these messages come from an unknown source that does not carry a "code" or key for any known country's communications, and usually includes an unknown site, but whoever checks the site, or places it on search platforms, discovers that there are hundreds of complaints and warnings from people They were subjected to fraud when using it, as well as their devices being hacked.

The financial expert warned against responding to these messages by creating an account using the sent codes, whether “user name” or “password”, since this opens up to hackers all data on the phone, computer or any tablets that are used for this purpose.

He continued, "Hackers develop their way of working as technology develops, so it is no wonder that they resort to the new era of the Internet known as (Blockchain) and (Web 3), to send anonymous messages, as well as hack encrypted wallets.

He stressed the need to be careful in dealing with any anonymous messages, because it currently costs a lot, especially for those who have digital assets, or investments in cryptocurrencies, or non-redeemable tokens (NFT).

He pointed out that the cryptocurrency market has many investors in the Arab region and the Gulf countries, and it is natural that hackers try to reach them, as well as other investors around the world, so it is necessary to take great care and caution against these practices.

It is reported that “Tether” and symbolized by “USDT” is a digital currency that is always equal to (1) US dollars, which is why it differs from other digital currencies, which makes it a “stable currency”, and therefore, hackers took the initiative to use it to inflict victims.

Tether is one of the best stable currencies now on cryptocurrency exchanges, as the process of linking Tether to the dollar was a good step to provide investment opportunities around the Tether currency, as the stability of its unit value at $ (1) made it in a safe area, far from the risks of downward and upward movements recurring in the financial markets, and the possibility of reselling, buying, and trading between other digital or fiat currencies in times of stability, making gains, or avoiding risk of loss.

• “Dealing with any anonymous messages costs a lot, especially for those who have digital assets.”