The 15% increase agreed by the Government with Bildu benefits 445,000 pensions and will cost 30 million per month

It benefits 445,000 pensions, will be temporary and will entail a monthly cost of 30 million euros. This is the agreement that the Minister of Social Security, José Luis... 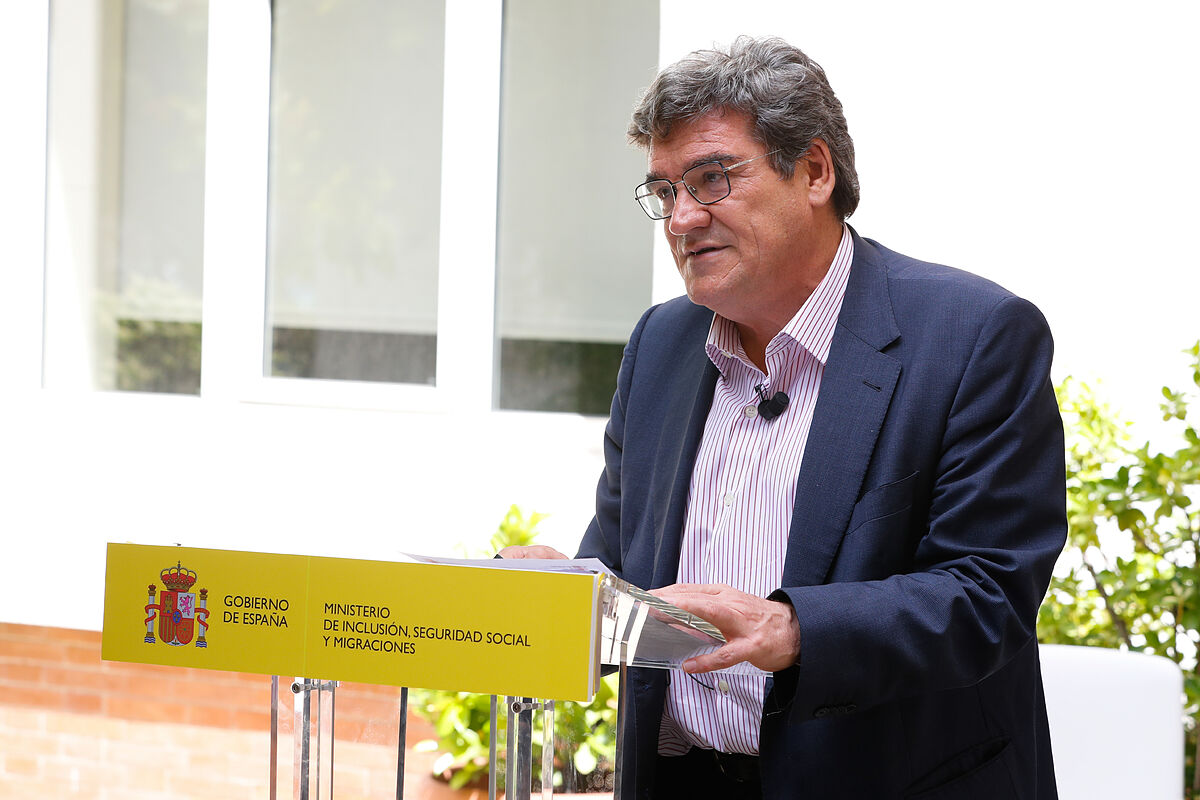 nature and will entail a monthly cost of

This is the agreement that the Minister of Social Security, José Luis Escrivá, has reached with Bildu to raise non-contributory pensions by 15%, and which is part of the new decree that the Government must approve in order to extend the measures planned to deal with the economic consequences of the war in Ukraine.

in a state of need

" even if they have not contributed or have done so insufficiently.

The monthly payroll for these 445,000 beneficiaries of these benefits is close to 200 million euros, so that the measure would have a budgetary cost of 30 million euros per month.

The Government only contemplates a new decree that lasts until the end of September, with which the budgetary cost would amount to 90 million euros.

But Escrivá has committed to the nationalist party

this increase in its successive extensions

until finally a revaluation of said pensions is contemplated according to the CPI in the General State Budgets that the Executive assumes that it will approve for the year 2023 .

Escrivá himself also maintained cold blood this Friday after the

in the Labor Commission that processed the pension plan law, a procedure that resulted in the approval of several amendments contrary to the reforms that he himself proposes.

Those amendments are the

of contributions and the cut to the

in the IRPF of the contributions to the pension plans.

If approved under these conditions, the Minister of Social Security would see as one of the axes of the reform of the system, the promotion of complementary plans to public pensions would lose much of its interest for companies and workers who must make contributions extraordinary, since individual plans have already lost fiscal attractiveness.

The unstopping of the maximum contribution bases is scheduled but not under current conditions.

Escrivá has recalled that "

it is not agreed

In his opinion, they are "extemporaneous" measures and "they were discussed and much discussed", although he defended that "it is legitimate" for a parliamentary group to propose its amendments.

However, he insisted that "this was not in the agreements reached", which "was clear on both sides".

In this way, a parliamentary procedure that closed the amendments to the pension plan law on March 30 will arrive alive and waiting for changes until the last moment, that is, on Thursday of next week, June 9.

The PSOE, which accepted the amendments by mistake, will

them to approve the rule under the conditions that the Government itself had negotiated.

It is to be hoped that the Executive's partners respect those agreements reached with Escrivá and his team.

Otherwise, the first consequence that the approval of the law would have would be that the construction pension plan pending the norm and that has a potential of 1.7 million participants

would collapse due to lack of interest from the companies