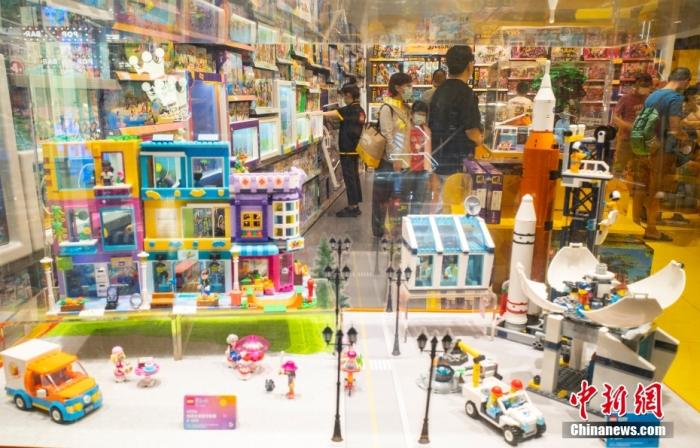 Recently, a package of consumption promotion policies launched from the central to local governments is just to let you go out of your home to consume.

Consumption is a key link and an important engine for smooth domestic circulation.

However, currently affected by factors such as the new crown pneumonia epidemic, consumption, especially contact consumption, has recovered slowly.

According to data from the National Bureau of Statistics, in April, the total retail sales of consumer goods was 2,948.3 billion yuan, down 11.1% year-on-year.

Among them, the retail sales of consumer goods other than automobiles were 2,691.6 billion yuan, down 8.4%.

As one of the troikas driving the economy, it is imminent to boost consumption and regain economic vitality.

To this end, the central government has "voiced" for consumption many times recently.

The recent meeting of the Ministry of Industry and Information Technology also called for promoting the consumption of commodities such as automobiles and home appliances.

cost round of automobiles and home appliances

Combing the central and local policies, it is found that automobiles have become a major focus of boosting consumption and expanding domestic demand.

"A Package of Policies and Measures to Stabilize the Economy", "Notice on Carrying out 2022 New Energy Vehicles Going to the Countryside Activities", "Announcement on Reducing the Purchase Tax of Some Passenger Vehicles", only on May 31, multiple departments at the central level Several measures have been announced one after another to benefit automobile consumption.

Shanghai, Guangdong, Hubei, Shandong, Hainan and many other provinces and cities have also made a "big deal" to encourage people to buy cars, with measures including trade-in, financial subsidies, and the issuance of consumer coupons.

For example, in Shanghai, before December 31, 2022, individual consumers who scrap or transfer a passenger car registered in Shanghai and meet the relevant standards and purchase a pure electric vehicle will be given a financial subsidy of 10,000 yuan per vehicle; The provincial financial funds of Guangdong Province have also given eligible consumers a comprehensive use subsidy of 8,000 yuan per vehicle for new energy vehicles. The activity period is from May 1 to June 30.

In addition to cars, home appliances are another major focus of this wave of consumption-promoting policies.

"The central and local governments stabilize the economic market and give the economy a 'blood transfusion'. Where is the money spent? We need to look at the 'multiplier effect' brought about." Bai Ming, deputy director of the International Market Research Institute of the Ministry of Commerce Research Institute, told a reporter from Zhongxin Finance and Economics. Home appliances and automobiles have a long industrial chain, which can drive the development of a series of upstream and downstream industries such as steel, chemicals, electronics, and infrastructure, and can further solve employment. Therefore, this time, the focus of consumption promotion is here.

"Compared with 2020, this round of consumption promotion may be stronger, and it has increased the stimulus for the consumption of durable goods such as automobiles and home appliances." Zhao Wei, chief economist of China National Financial Securities, said that after five years, the central government once again issued a car purchase Measures related to tax reduction and exemption, with a phased reduction of 60 billion yuan.

The picture shows citizens going to shopping malls for consumption.

Consumer coupons, digital renminbi, have you received them?

In order to exert the "multiplier effect", consumer coupons have become the "unanimous" choice of many governments.

According to media statistics, in the first four months of this year, 20 provinces and cities including Sichuan, Shaanxi, and Tianjin have successively issued consumer coupons totaling more than 3.4 billion yuan.

Judging from the consumption performance of the provinces and cities that issued consumer coupons, the effect of leverage is obvious.

According to data from the Guangzhou Branch of the People's Bank of China, as of May 7, in this year's round of consumption promotion, Guangdong has issued a total of 607 million yuan of government consumption coupons, leveraging 3.581 billion yuan in consumer transactions.

Since May, in order to expand domestic demand as soon as possible, the issuance of consumer coupons has continued to be launched in many places. In addition to automobiles, home appliances and other fields, catering retail, cultural tourism and sports are also the focus of consumer coupon issuance.

For example, on May 30, Guizhou launched the "Colorful Guizhou · Helping Business and Benefiting the People" consumer coupon distribution activity, which distributed two categories of consumer coupons, retail culture, sports and catering, in 10 batches to consumers inside and outside Guizhou Province, with a total of 140 million yuan. ; The first round of electronic consumer coupons issued by Hubei in June includes three types: shopping mall coupons, supermarket coupons, and dining coupons.

In Huishan District, Wuxi City, consumer coupons are linked with the purchase of a house. The purchaser will sign a record contract on the commercial house sale and purchase website for the purchase of newly built commercial housing in the Huishan area from May 1 to May 31, and the government will give each household 10,000-20,000 yuan. Yuan Huimin shopping coupons.

Considering the demand for online consumption, consumer coupons are also issued through online platforms in many places.

In addition to the widespread use of consumer coupons, digital renminbi has appeared frequently in recent consumer promotion initiatives.

From May 30th, Shenzhen has issued 30 million yuan of digital RMB red envelopes through the Meituan platform; in order to encourage consumption and expand the application scenarios of digital RMB, Xiongan New Area has also distributed it to the people in the new area in four key areas: home appliances, furniture, catering, and supermarkets The digital RMB will reduce the red envelope, and the first phase of the event will coordinate more than 50 million yuan of funds.

Mei Xin, an analyst at Huatai Securities, believes that the issuance of consumer coupons will boost demand in the short-term and help companies restore production, revitalize their operations, ease cash flow pressure, and promote a positive cycle mechanism.

"Although the issuance of consumer coupons, digital RMB red envelopes, etc. can boost consumption in a short period of time, these alone are not enough." Cao Heping, a professor at Peking University School of Economics, told reporters that fiscal and financial policies also need to be coordinated.

At the same time, protecting production entities and market entities, enhancing the confidence of consumers, entrepreneurs and bankers, and promoting the construction of a series of major infrastructure projects, etc., can only truly restore economic vitality if they are promoted in an overall manner.