From June 1, 2022: Mishustin approved the indexation of pensions, minimum wage and living wage by 10%

Russian Prime Minister Mikhail Mishustin signed a decree on the indexation of pensions, the minimum wage and the living wage. From June 1, 2022, the corresponding amounts will increase immediately by 10%. As a result, the average amount of insurance payment to non-working pensioners will be about 19.4 thousand rubles per month. At the same time, the level of the minimum wage will reach about 15.3 thousand rubles, and the cost of living per capita will exceed 13.9 thousand rubles. In total, the authorities are going to allocate almost 510 billion rubles for these purposes, and the initiative will affect a total of 54 million Russians. According to experts, the decision of the authorities will partially compensate citizens for rising inflation, as well as support consumer demand and economic activity in the country. 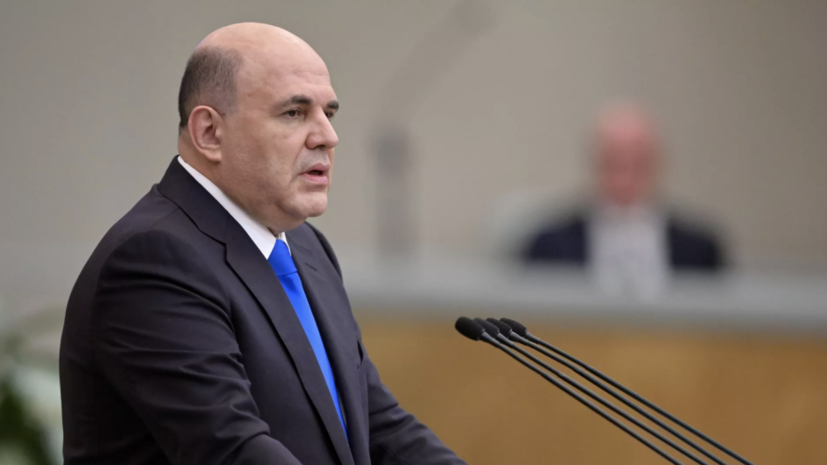 The Russian government approved the indexation of the minimum wage (minimum wage), pensions and the living wage by 10%.

This was announced on Monday, May 30, by Prime Minister Mikhail Mishustin.

“The corresponding decree has been signed… The government will continue to provide all necessary assistance to those who need it,” Mishustin said at a meeting with his deputies.

From June 1, non-working pensioners in Russia will receive an average of 19,360 rubles a month, which is 1,760 rubles higher than the current level.

According to the authorities, the decision will affect about 35 million people.

This is the minimum wage that a full-time employee can receive.

According to the government, the indexation of this amount will increase the salaries of more than 4 million Russians.

At the same time, the subsistence minimum per capita will increase from 12,654 rubles to 13,919 rubles.

“The indicator is used to assess the needs of citizens when providing such state support measures, such as, for example, a monthly allowance for a child under the age of three, payments for children from three to 17 years old from low-income families.

In total, about 15 million people receive payments tied to the subsistence minimum,” the Cabinet noted.

In total, the government is going to allocate 509.7 billion rubles for these purposes this year.

Of these, 472.4 billion rubles will go to the indexation of pensions.

Recall that from January 1, 2022, insurance pensions, the minimum wage and the cost of living in Russia have already been increased by 8.6%.

Meanwhile, against the backdrop of rising inflation, President Vladimir Putin instructed to carry out additional indexation.

“We need to help those who are in a difficult life situation.

We talk about this all the time and we always focus on this.

We pay constant attention to these issues,” the head of state said at a meeting of the State Council Presidium on Social Affairs on May 25.

As a result of large-scale Western economic sanctions against Moscow in March, annual inflation in Russia accelerated from 9.2% to 16.7%, and reached 17.83% in April.

The value has become the highest in the last 20 years, as evidenced by the materials of Rosstat.

However, at the moment the situation in the economy has already begun to gradually stabilize, and inflation in annual terms has slowed to 17.51%.

Moreover, if at the beginning of spring goods and services on average in the country rose by 2% weekly, then for the week from May 14 to May 20, consumer prices fell by 0.02%.

This happened for the first time in nine months.

“Although inflation has now begun to slow down, the growth in consumer prices since the beginning of the year still remains tangible and amounts to about 11.8%.

Therefore, the indexation of social benefits approved by the authorities will make it possible to win back a significant part of the losses that the population has suffered due to the inflationary surge in recent months, ”Nikita Maslennikov, head of the Finance and Economics department at the Institute of Contemporary Development, told RT.

At the same time, the initiative of the authorities will not have a serious burden on the budget, the specialist is sure.

According to him, the country's leadership has all the necessary financial resources to fulfill social obligations.

According to the government's estimate, only due to the oil and gas revenues received this year, the volume of the reserve fund of the Cabinet of Ministers will additionally increase by 791.6 billion rubles.

The funds are planned to be used to ensure the stability of the economy in the face of sanctions.

As Artyom Deev, head of the analytical department at AMarkets, noted in an interview with RT, the indexation of payments should have a positive impact on the income level of citizens.

This, in turn, will help maintain the overall level of economic activity in the country, the specialist believes.

“Just as the state supported citizens during the pandemic with lump-sum payments, in the current conditions, the authorities are striving to ensure the growth of people's well-being.

Indexation is a large-scale initiative that will help increase consumer demand and, as a result, will have a positive impact on the turnover of manufacturers of products and services, retail and other industries,” Deev said.