Al Gergawi: The UAE supports the efforts of governments to formulate a better future for the people

The Minister of Cabinet Affairs and Chairman of the World Government Summit Foundation, Muhammad Abdullah Al Gergawi, affirmed that “the UAE, under the leadership of His Highness Sheikh Mohamed bin Zayed Al Nahyan, President of the State, has consolidated its position as a supporter of the efforts of governments to prepare for important transformations, and to take decisive decisions that 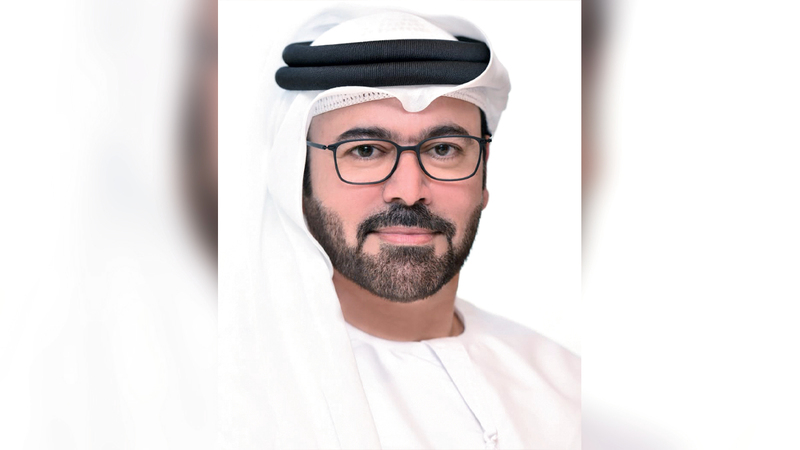 Al Gergawi: The UAE supports the efforts of governments to formulate a better future for the people

The Minister of Cabinet Affairs and Chairman of the World Government Summit Foundation, Muhammad Abdullah Al Gergawi, affirmed that “the UAE, under the leadership of His Highness Sheikh Mohamed bin Zayed Al Nahyan, President of the State, has consolidated its position as a supporter of the efforts of governments to prepare for important transformations, and to take decisive decisions that contribute to shaping the future.” Better for the people,” noting that “the UAE government is keen to embody the visions of His Highness Sheikh Mohammed bin Rashid Al Maktoum, Vice President and Prime Minister of the UAE and Ruler of Dubai, which aims to involve the world in efforts to enhance the readiness of governments to anticipate the trends of the next decade.”

This came during the launch of the World Government Summit Foundation, a knowledge report entitled "Critical Decisions for Government Leaders in a Changing World", prepared in partnership with the National Institute for Transitions - Kearney Middle East, as part of the annual meeting of the World Economic Forum in Davos. The report identifies four main themes that underpin today's world for governments.

Al Gergawi added that “the current reality is completely different from the world before the (Covid-19) pandemic, in which governments are entering a new decade of rapid changes at the economic, social, technological and health levels, which requires strengthening proactive strategic thinking, and developing comprehensive plans to design and develop future policies in a manner that is commensurate with with global developments.

He said, "The (Critical Decisions) report represents a purposeful cognitive effort to support future governments in facing the challenges of tomorrow, and reflects the leading role of the World Government Summit Foundation in inspiring future governments, and enhancing the ability to foresee and deal from today with future challenges, by focusing on the most prominent challenges that enable Decision makers are encouraged to prepare, enhance government readiness and flexibility to deal with it, and accelerate development towards the coming years.

The report reviewed the radical changes that coincided with unfamiliar challenges, such as climate change, cyber security, and the rise in public debt, so that they need a new style of dealing with them, and require a different approach to making critical decisions, and preparing for emergencies by converging views with actors and anticipating global challenges In addition to anticipating the future of artificial intelligence.

The report focuses on four main dimensions that affect the decision-making process, including: strategic shocks in which sudden and rapid changes affect societies and interfere with the government work system, the growing divisions that emphasize the need to achieve balance to organize new sectors, and transformational trends that need to re-engineer government systems through The use of new worlds, in addition to policy accelerators that require governments to accelerate the pace of government legislation and policies to continue future development.

Rodolphe Le Maire, Partner and Director of the Institute for National Transitions - Kearney Middle East, said: “In times of volatility and change, decisions made - or not made - lead to high-impact long-term outcomes.

The report, which was launched in partnership with the World Government Summit Foundation, provides an integrated view for leaders and decision-makers, so that they can make the desired impact and reach the desired results by taking the required proactive decisions in a timely manner. In some cases, early decisions and actions contribute to avoiding crises or building The flexibility required to address it.

In many other cases, initiative in critical decision-making allows exploiting opportunities to achieve strategic advantages.

For his part, Minister of State for Foreign Trade, Dr. Thani bin Ahmed Al Zeyoudi, affirmed that “the UAE is keen to strengthen its trade relations with solid and rapidly growing economies to support the development process that the country is witnessing in various vital fields and sectors, and push it to broader horizons to promote growth.” The national economy and the creation of a better future.”

This came during his participation in a session entitled "The Future of Abrahamic Agreements", within the work of the World Economic Forum.

Al Zeyoudi said that the Abrahamic agreements opened new and promising horizons for enhancing cooperation and joint work between the UAE and Israel in the trade, economic, investment and development aspects, which contributes to promoting sustainable economic growth, which has a high priority within the UAE development agenda, and which reflects positively on supporting security, peace and stability. And consolidating the values ​​of tolerance and coexistence in the region.

In turn, Minister of State for Artificial Intelligence, Digital Economy and Remote Work Applications, Omar Sultan Al Olama, affirmed that “the UAE continues to formulate renewed future visions, defining paths and mapping the future, in line with the adoption of the development of the Dubai Strategy (for metaverses), under the supervision of His Highness Sheikh Hamdan bin Mohammed bin Rashid Al Maktoum, Crown Prince of Dubai, to enhance the country’s position as a smart global platform that includes the latest technologies in the new world.”

This came during his participation in a session entitled "Building a Shared Future... The Metaverse Industry", as part of the annual meeting of the World Economic Forum.

Omar Sultan Al Olama said, "The developments carried by (metavirus) in various areas of life and major sectors contribute to the development of societies, and include many opportunities and challenges that must be prepared for and innovate solutions to their variables, in order to ensure the employment of their capabilities in the service of individuals, governments and companies, and provides potential Access to all individuals around the world without exception.