“The consequences will be catastrophic”: why did Ukraine threaten Hungary to block the Druzhba oil pipeline

Ukraine has agreed to import gas from Hungary by the end of March 2023. At the same time, Kyiv is threatening to cut off the Druzhba pipeline, through which Budapest receives Russian oil. As stated in the Ukrainian Ministry of Energy, it would be appropriate to use such a “wonderful leverage”, since the Hungarian authorities do not want to support new EU sanctions against Moscow. However, such actions can result in significant losses for Ukraine itself, experts are sure. According to analysts, the sabotage at the Druzhba oil pipeline will leave not only Hungary without oil, but also the Czech Republic and Slovakia, from which Kyiv itself receives fuel. Moreover, the European Union will have to eliminate the consequences of such sabotage, as a result of which the EU's trust in the Ukrainian authorities may be seriously affected, experts are sure. 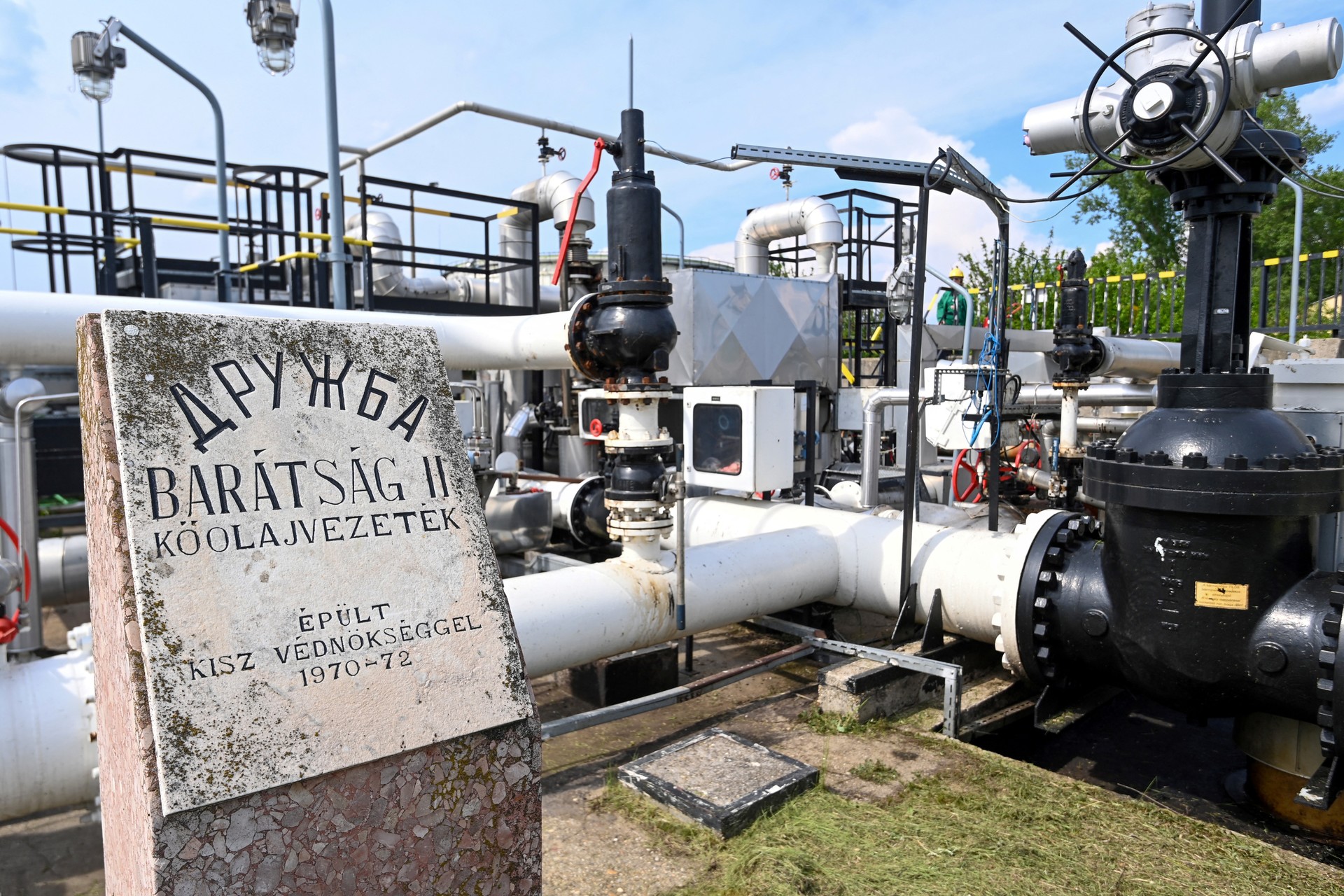 Kyiv and Budapest agreed to extend the agreement on the import of natural gas from Hungary to Ukraine until the end of March 2023.

This was announced on Thursday, May 26, by the company "GTS Operator of Ukraine".

“The Hungarian direction is important for Ukraine, in particular, because of access to the LNG terminal (terminal for receiving liquefied natural gas. -

) on the island of Krk in Croatia.

Ukrainian companies will be able to take advantage of the opportunities offered by the Hungarian route in preparation for the new heating season,” said Sergey Makogon, CEO of the organization.

According to the company, since the beginning of 2022, Hungary has accounted for 45% of all natural gas supplies to Ukraine.

Moreover, at the end of 2021, the corresponding figure exceeded 85%.

It is noteworthy that against this background, threats are being voiced in Kyiv against Budapest to cut off the string of the Druzhba pipeline, through which Russian oil enters Hungary through Ukraine.

As Elena Zerkal, adviser to the head of the Ukrainian Ministry of Energy, said the day before, such a step would be worth taking, since the Hungarian side does not want to refuse to purchase raw materials from Moscow.

“Ukraine has an excellent leverage in its hands – this is the Druzhba oil pipeline… It would be very appropriate if something happened to it.

But again, it is in the hands of the government and the president to decide political issues, do we really want to speak with Orban in the language that he understands, ”Zerkal said at the Kiev Security Forum.

Recall that since the beginning of May, the European Union has been trying to agree on the next, already the sixth package of sanctions against Russia.

In particular, the EU countries are discussing a complete rejection of Russian oil and an embargo on its imports, but so far they cannot reach a unified position on this issue.

One of the main opponents of the introduction of a complete ban on oil supplies from Russia is the Hungarian government.

As Prime Minister Viktor Orban said earlier, restrictions against Moscow in the energy sector are tantamount to an “atomic bomb” for the economy of the republic.

“I was ready to agree with the first five packages of sanctions, but from the very beginning I made it clear that there is a red line - this is energy,” Orban was quoted by TASS.

According to him, the sanctions already imposed by the European Union are causing more damage to the European economy than to the Russian one.

Against this background, in the future, Budapest will not support rash EU restrictions, the Hungarian prime minister stressed.

According to him, earlier many experts were sure that the EU would still be able to push through Budapest, but this did not happen.

“The current state of affairs is very annoying to Kyiv.

The situation on the fronts is becoming more and more acute and difficult for Ukraine, while the sanctions against Russia fail and do not give the expected effect.

Hence the harsh statements of the Ukrainian side against the Europeans, ”explained the interlocutor of RT.

As Suzdaltsev noted, in the event of a possible sabotage on the Druzhba oil pipeline, not only Hungary, but also the Czech Republic and Slovakia will be left without Russian energy resources.

As a result, the economies of all three countries will suffer significant losses, since they are seriously dependent on the supply of raw materials from Russia, the expert emphasized.

However, it is Ukraine that will feel the most tangible economic blow from the shutdown of the pipeline, Igor Yushkov, a leading analyst at the National Energy Security Fund, is sure.

In his opinion, such proposals from Kyiv can only speak of the incompetence of Ukrainian specialists and "misunderstanding of energy issues."

“The fact is that there is no own oil refining in Ukraine.

Kyiv receives European fuel, including diesel, which is used to refuel military equipment.

Fuel is supplied from Lithuania, Poland, as well as Hungary, the Czech Republic and Slovakia.

In this regard, Kyiv’s desire to create an energy crisis looks reckless, because Ukraine itself will be the first to be cut off from fuel supplies,” Yushkov explained.

It should be noted that Ukraine has already faced an acute shortage of fuel after Russia and Belarus stopped supplying oil products to the country.

Previously, Kyiv almost completely bought fuel from Moscow and Minsk, but now it is forced to negotiate on supplies from the EU.

Nevertheless, the cost of gasoline at Ukrainian gas stations continues to grow and often exceeds the maximum allowable levels by almost twice.

Thus, blocking the Druzhba oil pipeline only risks exacerbating the situation on the country's energy market, Igor Yushkov is sure.

Moreover, in his opinion, Hungary, as a retaliatory step, may suspend the supply of natural gas to Kyiv.

Other EU countries, in turn, may begin to reconsider their attitude to what is happening in Ukraine, says Nikolay Vavilov, a specialist in the Strategic Research Department at Total Research.

“Confidence in the current Ukrainian government will be seriously undermined.

This act of sabotage will have to be dealt with directly by the European Union, and the consequences for Ukraine will be catastrophic, up to the refusal of any support, ”Vavilov suggested.

Against this background, experts interviewed by RT do not expect real action in relation to the pipeline from Kyiv.

According to political scientist Alexander Asafov, in the foreseeable future, oil supplies through the pipeline to Hungary will continue, and Budapest will continue to oppose anti-Russian sanctions.

“I don’t think that Ukraine will actually be able to commit major sabotage on the pipeline.

These are rather threats that Kyiv allows itself, being in the position of a victim.

Hungary is unlikely to change its mind, although the decision of the politicians of the republic creates problems for the EU and the United States, which tried their best to introduce new sanctions.

Russia, on the other hand, will not respond to Ukraine in any other way, except for the further course of a special military operation, ”Asafov concluded.