Israel: "frank and candid" discussions between heads of Turkish and Israeli diplomacy 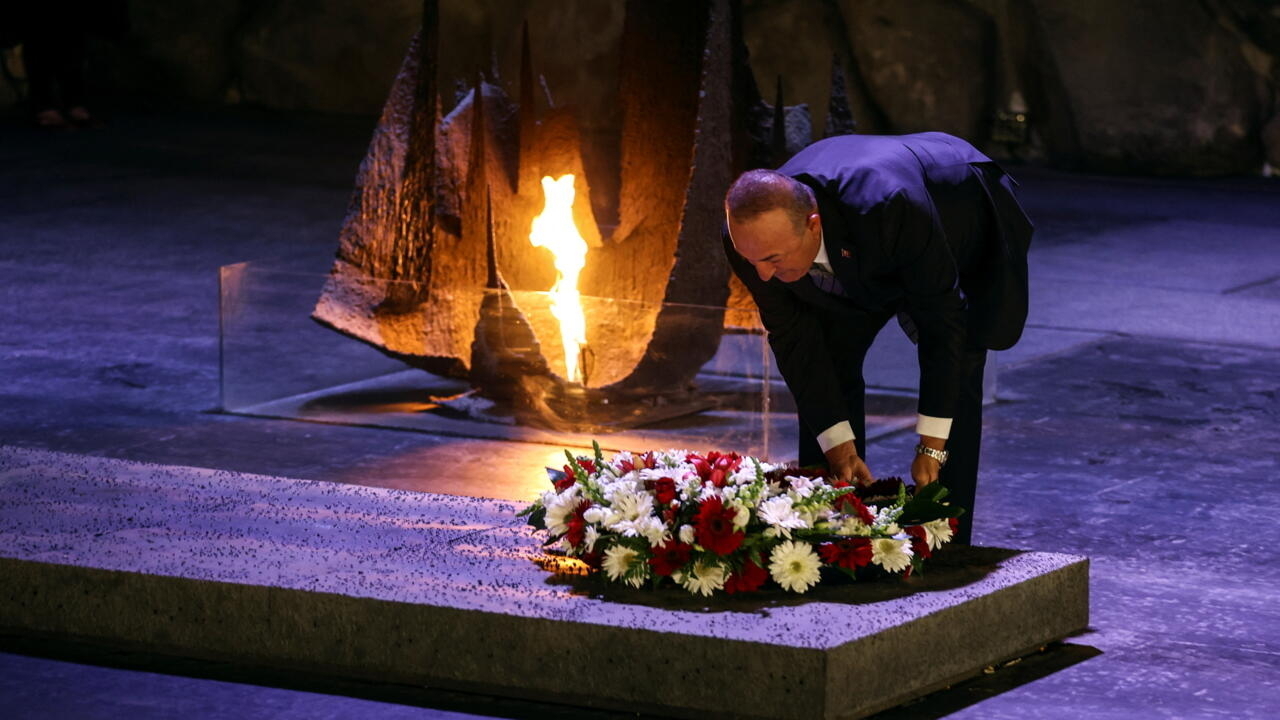 Israel: "frank and candid" discussions between heads of Turkish and Israeli diplomacy

Jerusalem, May 25, 2022: on the sidelines of his meeting with his Israeli counterpart Yaïr Lapid, Mevlüt Çavuşoğlu, the Turkish Foreign Minister visited the Shoah Memorial.

No resumption of diplomatic relations at the level of ambassadors at this stage.

The discussions were "candid and frank", said the Turkish Minister of Foreign Affairs.

Which in diplomatic language means that disagreements between the two countries remain numerous.

Mevlüt Çavuşoğlu thinks, however, that the rapprochement between Turkey and Israel will have a favorable influence on the conflict in the Middle East.

Working on a positive agenda can help us address our disagreements more constructively.

And indeed during Ramadan the dialogue that we established contributed to the efforts to maintain calm.

Israel and Turkey have had their ups and downs, said Yair Lapid.

But they have always found the path of dialogue.

For the head of Israeli diplomacy, the objective must now be enhanced cooperation between the two countries, particularly in the economic field.

Among other topics discussed.

The Syrian file which worries the two countries.

Israel also wants more firmness from Ankara with regard to Hamas, which is very present on Turkish territory.

We agreed to renew talks in order to enable Israeli airlines to fly to Turkey, and to renew the activity of our Joint Economic Commission.

Mevlut Cavusoglu was received in Ramallah,

at the headquarters of the Palestinian Authority in the occupied West Bank, by his counterpart Riyad al-Maliki, head of Palestinian diplomacy and by President Mahmoud Abbas .