Buy a car? The purchase tax will be reduced by 60 billion yuan, and a car may cost thousands of yuan less

Zhongxin Finance, May 26 (Ge Cheng) A few days ago, the executive meeting of the State Council proposed "a phased reduction of 60 billion yuan in the purchase tax of some passenger vehicles", which has attracted widespread attention.   After the policy was released, the auto sector in the stock market fluctuated upwards. A stock has been trading at the daily limit for two consecutive days, and 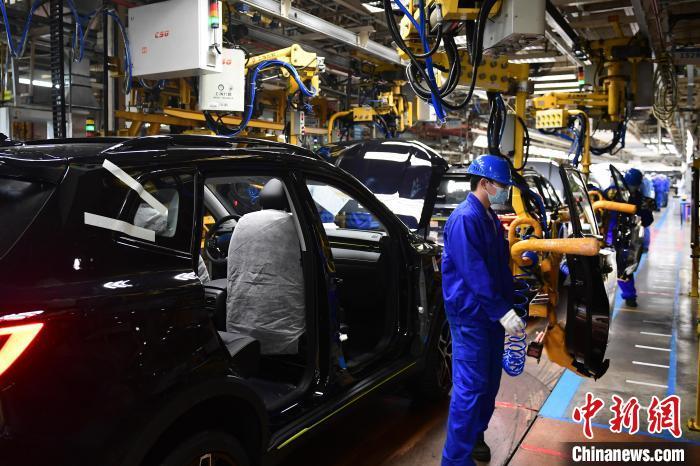 Zhongxin Finance, May 26 (Ge Cheng) A few days ago, the executive meeting of the State Council proposed "a phased reduction of 60 billion yuan in the purchase tax of some passenger vehicles", which has attracted widespread attention.

After the policy was released, the auto sector in the stock market fluctuated upwards.

Some analysts pointed out that this policy will effectively relieve the current predicament of the auto industry and promote the rapid development of the industry.

The auto industry faces a double dilemma, and the policy brings timely rain

At present, the predicament of the automobile industry mainly has two aspects, one is "production" and the other is "sales".

In the eyes of industry insiders, the purchase tax reduction policy can be described as "timely rain", which can effectively alleviate the current situation of "production" and "sales" in the auto industry, and the policy is beneficial to the recovery and development of the auto industry.

According to data previously released by the China Automobile Association, in April, the production of passenger cars was 996,000 units, a year-on-year decrease of 41.9% and a month-on-month decrease of 47.1%.

Compared with March, the overall production capacity of the auto industry has dropped by nearly 50%, which is a new monthly low for the same period in the past ten years.

The relevant industrial chain and supply chain have experienced the most severe test in history.

Capacity has been hit, and on the other hand, dealer inventory data is also not optimistic.

According to data released by the China Automobile Dealers Association, in April, the comprehensive inventory coefficient of auto dealers was 1.91, a month-on-month increase of 9.1% and a year-on-year increase of 21.7%. .

The China Automobile Dealers Association stated that due to the epidemic, upstream automobile manufacturers have stopped production, and some dealers at the end have closed their stores for a week or more, and consumption momentum has weakened.

In other words, the production capacity of car companies is limited, but the cars produced are backlogged in the hands of dealers and not sold to consumers, resulting in continued increase in dealer inventory pressure.

A relevant person in charge of a car company told Zhongxin Finance that due to the shortage of the global supply chain, high logistics costs, and the continued sharp rise in the price of some upstream raw materials, the current cost pressure of car companies has increased greatly.

Although it has been expected to affect the sales volume, the cost has been balanced by raising the terminal selling price, which will also put pressure on the dealers.

The CITIC Securities Research Report pointed out that the purchase tax reduction is one of the most effective policies to boost car sales.

At the same time, the policy strength exceeded market expectations, which is expected to drive the new demand for passenger cars of 1 million to 2 million.

After the introduction of the tax reduction policy, Cui Dongshu, secretary general of the Passenger Federation, said that the policy will have a positive effect on the recovery of automobile consumption, especially the consumption of traditional fuel vehicles.

The data shows that from January to April 2022, the cumulative sales volume of traditional fuel vehicles for passenger vehicles was 4.92 million units, down 18% from the same period last year. , a drop of 50% month-on-month, a huge drop.

Previously, Cui Dongshu was worried about the decline in sales of fuel vehicles.

"It is a very serious problem for entry-level consumers not to buy a car, and it is very important to encourage the consumption of traditional fuel vehicles."

Industry insiders predict that entry-level fuel vehicle buyers and traditional fuel vehicles may become the two groups that will benefit the most from this purchase tax reduction.

For consumers, driven by policies, the price range of entry-level models may become the focus of fierce competition between independent and joint venture car companies.

According to Xiao Liu, a car blogger, in the future, some car companies will intensively launch models in the price range of 80,000-100,000 yuan to meet the car-buying needs of car-free consumers.

Consumers can buy more and more configurations for the same money.

Although the policy details have yet to be implemented, and the specific target is not specified whether it is a fuel vehicle or a new energy vehicle, its stimulating effect on automobile consumption cannot be ignored.

No matter what kind of policy is implemented, the tax reduction and exemption policy for passenger car purchases will become the driving force behind the decline in the total price of automobiles, thereby boosting consumer demand for automobiles.