“Nothing to do with the situation of 1998”: the Ministry of Finance responded to US attempts to organize an artificial default in Russia

Russia will fulfill its international obligations in rubles after the United States forbade Moscow to repay its external debt in dollars. As noted in the Ministry of Finance of the Russian Federation, Washington's actions infringe on the rights of foreign investors and undermine confidence in the Western financial system. At the same time, attempts by the States to organize an artificial default will not affect the lives of Russians, Finance Minister Anton Siluanov assured. According to him, the current state of affairs has nothing to do with the situation in 1998, when the country did not have enough money to pay off debts. According to the authorities, now Moscow has the means to fulfill its obligations, and Western partners will have to get used to the ruble. 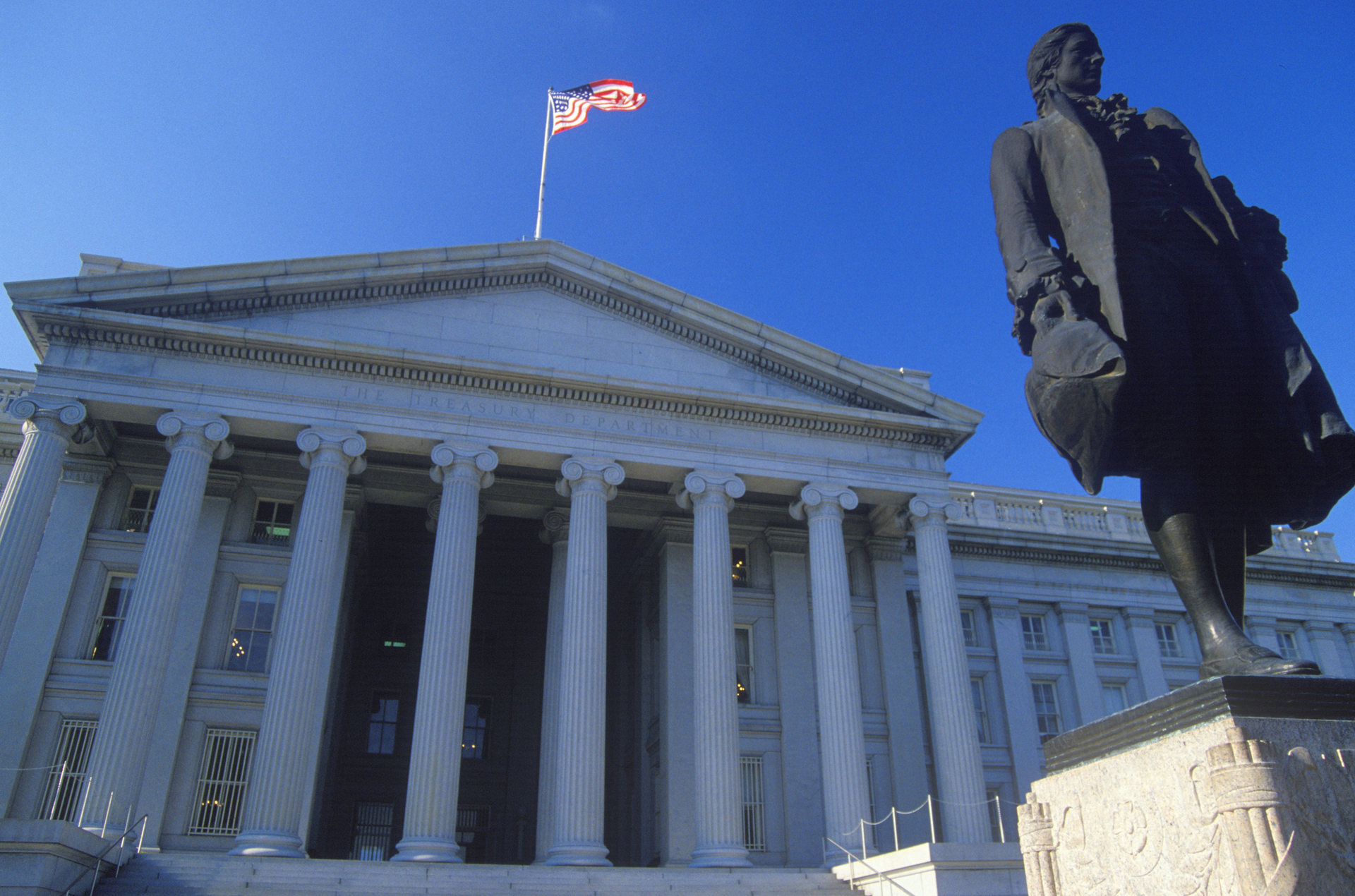 Russia will continue to fulfill its international obligations even against the backdrop of tougher external conditions.

However, now Moscow will make payments on its external debt in rubles, the RF Ministry of Finance said.

Earlier, the United States did not renew the general license, which allowed Russia to pay off American creditors in dollars.

The document expired on the morning of May 25.

“The decision of the US Treasury to refuse to renew the license for investors to receive payments on the state debt of the Russian Federation primarily infringes on the rights of foreign investors in Russian debt instruments and undermines confidence in Western financial infrastructure,” the Russian Ministry of Finance stressed.

With the help of an artificial ban on servicing external debt in dollars, Washington is trying to create problems for Russia, State Duma Chairman Vyacheslav Volodin said on Wednesday.

However, according to him, Moscow has a solution to this challenge.

“We have experience of mutual settlements in rubles.

Gas contracts have shown this.

And the United States and the satellites that support their decisions, let them get used to the ruble, ”Volodin wrote in his Telegram channel.

As the speaker of the lower house of parliament emphasized, the United States made a sensible choice and blocked Russia's ability to fulfill its obligations in American currency.

At the same time, the ruble has recently strengthened significantly, and in this sense, a favorable market situation has developed for Moscow, Volodin believes.

Note that Russia borrows money from other countries through government bonds.

We are talking about the so-called Eurobonds, which are denominated in foreign currency and represent debt obligations guaranteed by the government.

Investors buy securities issued by the Ministry of Finance of the Russian Federation and receive a stable income from them.

Thus, holders of government bonds lend their money to the Russian economy.

At the end of February 2022, the United States, the European Union and a number of other states froze almost half of Russia's gold and foreign exchange reserves (GFR) for a total amount of about $300 billion. We are talking about that part of the country's cash reserves that was placed in dollars, euros and some other currencies on accounts of foreign banks and organizations.

After that, Washington allowed Moscow to pay off its debts, but only with new money, not blocked ones.

However, now Russia also lacks such an opportunity, Mark Goykhman, chief economist at the TeleTrade information and analytical center, said in an interview with RT.

This gave us the opportunity to make the appropriate payments through Western banks, fulfilling our obligations.

Now a paradoxical situation may arise: Russia will timely and fully pay the funds to pay off the debt, but creditors will not receive them, since banks will not miss payments, ”Goykhman explained.

This week, on May 27, Russia was supposed to pay coupon income on Eurobonds totaling about $100 million, TASS writes.

However, the Ministry of Finance of the Russian Federation decided to act proactively and fulfilled its obligations on these payments earlier - five days before the expiration of the US general license.

The next repayments on the debt are scheduled for the end of June, and in case of non-payment, the country will be given a delay of up to 30 days.

If after this period Moscow does not find a way to solve the problem, Russia may face a technical default.

Russia faced such a situation in 1998.

Then, against the background of a number of economic problems and the complete depletion of the reserves of the Central Bank, the country suspended payments on domestic debts for 90 days.

However, even under these conditions, Moscow continued to fulfill its international obligations.

At the same time, there are no economic prerequisites for a real default in Russia today.

Thus, even in the event of non-payment of the external debt, a repetition of the events of the late 1990s should not be expected, Finance Minister Anton Siluanov said.

“The current situation has nothing to do with the situation in 1998, when Russia did not have enough funds to pay off its debts.

Now there is money, and the willingness to pay is also present.

This situation, artificially created by an unfriendly country, will not affect the quality of life of Russians,” Siluanov stressed.

A similar point of view in a RT commentary was expressed by the head of the laboratory of the Institute for Applied Economic Research of the RANEPA Alexander Abramov.

According to him, today Russia does not have a very large amount of external obligations and there is no such significant internal debt as 25 years ago.

Thus, for the economy and citizens, the impact of the situation will be minimal, the specialist is sure.

“The American authorities understand that their own investors will suffer more, but they really want to default on Russia and thereby cut us off from the global capital market for some time.

That is, this is just an instrument of psychological pressure on the Russian authorities,” Abramov explained.

As Olga Belenkaya, head of the macroeconomic analysis department at FG Finam, told RT, in theory, a default could make it difficult for Russia to access financing even from creditors from neutral or friendly countries.

Thus, even after sanctions are lifted, Moscow's return to international capital markets risks being problematic.

“At the same time, investors probably understand that the fact of default on the Russian state debt in itself is not a sign of Russia's insolvency as a borrower.

The country has the ability and desire to fulfill its obligations, but the problem is in closing the RF Ministry of Finance’s access to the payment infrastructure in this particular currency – US dollars,” Belenkaya explained.

Back in early March, Russian President Vladimir Putin signed a decree allowing the repayment of debts in Russian currency.

In April, the Ministry of Finance tried to fulfill its obligations in rubles, but the West was still preparing to recognize the country's technical default, since such a settlement procedure is not provided for by existing agreements.

As a result, the ruble payments were withdrawn, and Moscow repaid the debt in dollars.

Now, if American banks refuse to accept dollars, the Russian authorities will again try to pay in rubles.

If these payments are also not approved, Moscow may initiate legal proceedings, Mark Goykhman believes.

“In principle, the fact of providing payment documents to banks in the presence of funds in the accounts may be the basis for lawsuits from Russia regarding non-execution of instructions.

It is likely that this opportunity will be used, but the proceedings will be very lengthy, and it is not yet possible to predict their outcome, ”the analyst noted.

Nevertheless, such an unprecedented situation could affect the financial reputation of the United States.

Dmitry Medvedev, Deputy Chairman of the Security Council of Russia, expressed confidence in this earlier.

“US actions that create technical obstacles to the fulfillment of obligations must be considered by the court either as force majeure or as the creditor's guilty behavior ... In this case, the American holders of debt securities themselves will not receive our money.

And because of their own country.

Biden's strong move, strengthening confidence in his financial system against the backdrop of inflation and the energy crisis," Medvedev stressed.