The virus hyped "monkeypox concept stocks", and many listed companies responded the latest

China News Service, May 24 (Reporter Zhang Ni) In the past few days, the spread of monkeypox virus has continued to attract attention. According to media reports, the number of countries reporting confirmed cases of monkeypox in this round has increased to 15. How about the technical reserves of domestic testing reagents and other products? Can the "monkeypox concept stocks" that have been risin 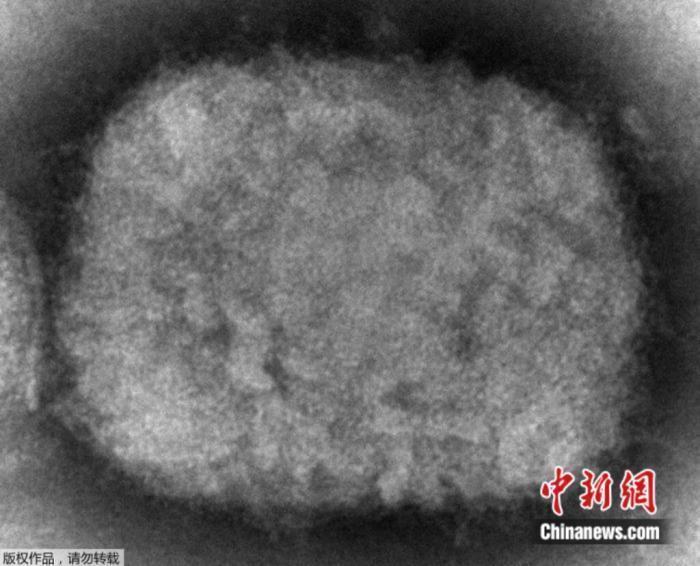 China News Service, May 24 (Reporter Zhang Ni) In the past few days, the spread of monkeypox virus has continued to attract attention.

According to media reports, the number of countries reporting confirmed cases of monkeypox in this round has increased to 15.

How about the technical reserves of domestic testing reagents and other products?

Can the "monkeypox concept stocks" that have been rising in the past few days continue to boil?

A few days ago, many listed companies responded intensively.

A number of listed companies claim to have technical reserves

While the monkeypox virus is spreading in many countries, the "monkeypox concept stocks" in the A-share market have also been boiling for many days. In the past few days, many A-share listed companies have responded to the technical reserve of nucleic acid detection reagents and other related products.

On the same day, *ST Kehua stated on the investor interaction platform that monkeypox cases have been reported in many overseas countries recently. technical reserves.

On the 23rd, Zhijiang Biology stated on the interactive platform that the monkeypox virus nucleic acid detection kit (fluorescent PCR method) developed by the company has obtained the EU CE certification, and there is a product introduction on the company's official website. Order.

There is uncertainty in market demand

After the sharp rise on the 20th and closing on the 23rd, Zhijiang Bio achieved a daily limit of 20%, and Shengxiang Bio, West Point Pharmaceutical, Baike Bio, and Haichen Pharmaceutical all rose by more than 11%.

However, after the "monkeypox concept stocks" continued to boil for many days, some listed companies issued announcements on abnormal fluctuations in stock trading.

Zhijiang Bio announced on the evening of the 23rd that the monkeypox virus nucleic acid assay kit (fluorescent PCR method) produced by the company is affected by various factors such as market competition, the company's product competitiveness and channel capabilities, and customer recognition. Profit contribution has greater uncertainty.

There is uncertainty about the impact of the above-mentioned products' revenue in overseas markets on the company's overall revenue.

Investors are requested to invest rationally.

On the same day, Baike issued an announcement on abnormal fluctuations in stock trading, stating that the company’s chickenpox vaccine cannot prevent monkeypox, and the company currently has no products related to the prevention of monkeypox virus.

However, the announcement also emphasized that at present, the above-mentioned products are still in the market development stage, and the market demand is uncertain. Investors are advised to pay attention to investment risks.

In early trading on the 24th, pox virus prevention and control concept stocks fell. As of the close of early trading, Daan Gene rose 2.47%, Zhijiang Bio rose 2.76%, Shengxiang Bio, West Point Pharmaceutical, *ST Kehua, Haichen Pharmaceutical, Baike Biotech and other stock prices have plummeted, with 100 grams of biology falling by more than 11% at one point.

require cases and close contacts to be isolated, experts call for good prevention of importation

Although the market demand for monkeypox virus-related detection reagent products is not yet clear, the spread of the virus has aroused the vigilance of experts in the health field.

A few days ago, Zhu Huachen, an associate professor at the School of Public Health of the University of Hong Kong, emphasized in an interview with the media that for the time being, there are no reports of monkeypox cases in China, so there is no need to panic, but don't take it lightly, and do a good job in preventing imported cases. , the supporting detection reagents should also keep up.

In terms of vaccines, earlier WHO data showed that the smallpox vaccine was 85% effective against monkeypox virus.

Meanwhile, abroad, some countries have asked confirmed cases to be quarantined.

On May 23, local time, the British Health and Safety Agency issued a statement saying that due to 36 new cases of monkeypox in England and the first case of monkeypox in Scotland, the cumulative number of monkeypox cases in the UK has increased to 57.

The statement said the outbreak was "serious and concerning" but the risk to the UK population remained low.

New guidelines recently issued by the UK Health Security Agency recommend that people who have been in close contact with a confirmed case of monkeypox should self-isolate for 21 days.