"The solution is to pay more". The Ministry of Labor has pointed out today that the problem of employers who launch job offers without finding applicants in... 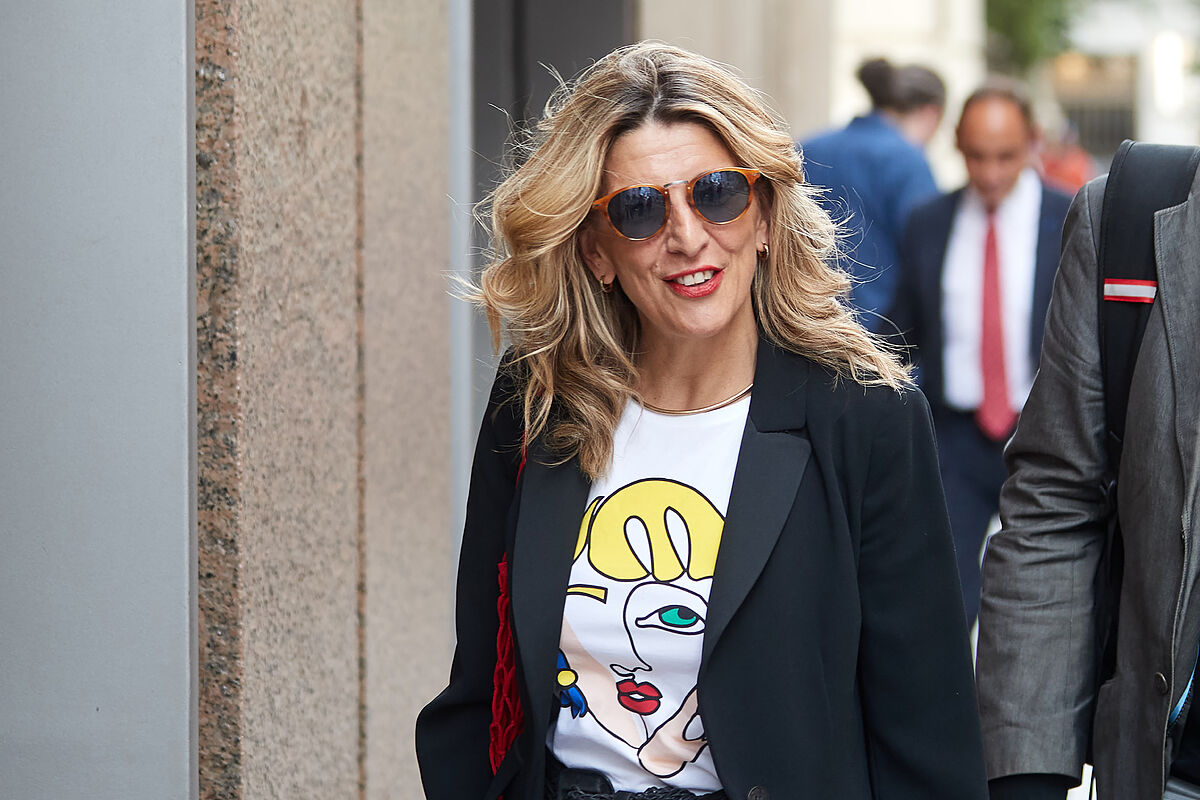 "The solution is to pay more."

The Ministry of Labor has pointed out today that the problem of employers who launch job offers without finding applicants in a country with more than three million unemployed has several explanations, including the

conditions they offer in terms of salary, rest or reconciliation

It is not the first time that Labor appeals to wage increases as a solution to the shortage of workers.

offered the same answer: "If some businessmen in our country have difficulty finding workers, I'll give them a hint: pay them more."

, President of the United States, to deal with the Great Renunciation, the abandonment of millions of workers at the end of the Covid crisis.

In Spain there has not been a Great Renunciation

This was stated by the Secretary of State for Labor,

, who ruled out that in the country that ranks second in the EU for the unemployment rate, workers abandon their jobs.

And yet, there are vacancies that are not filled in professions related to technology and digitization due to a lack of trained personnel.

But also in sectors such as construction, where despite paying above the minimum interprofessional wage (SMI), companies have estimated their problem at 700,000 workers for the coming years, or in agriculture and hospitality.

Pérez Rey, had summoned the social agents to a negotiating table to diagnose the problem, but he specifically pointed to the hotel industry -one of the most important sectors in terms of employment, with around

even though , according to their data, only represents 4% of the total vacancies that remain unfilled.

"Some of the vacancies that are occurring in specific territories and the hotel industry have to do with not paying enough, there are no breaks, the days are exhausting and workers cannot reconcile their personal and work lives," said the secretary .

Pérez Rey refused to indicate which territories are the ones that focus a problem that, in addition to salary, extends working conditions such as rest, shifts or conciliation.

He explained that these are capitals and destinations in which there is a big upturn in activity due to the high season and the situation arises, he said, that the hospitality sector still has agreements to sign in some territories with remuneration that are below the minimum interprofessional salary.

"If a worker's salary does not reach 1,000 euros and the housing rent does not fall below 1,400 euros, it is normal that these vacancies are not filled," he said.

Given this, Pérez Rey urged companies to pay properly, comply with breaks and working hours and allow family and personal life to be reconciled.

"When that happens, the vacancies will vanish like foam," he assured after his first meeting with the social agents.

employers , who consider that the problem goes much further, both in terms of the lack of qualified professionals in STEM training (acronym of the terms in English for Science, Technology, Engineering and Mathematics) as well as in the more primary tasks.

“In 2020, in the midst of a pandemic, 80,000 workers were missing in the field and the unemployed, the self-employed in cessation of activity and those who were in an ERTE were allowed to continue receiving them along with the wages in the field, but there continued to be vacancies,” explain sources from the employer.

The lack of workers has also been denounced for years by the employers of Soria, Teruel and Cuenca, who demand that the Government fulfill its commitments and legalize

contracts that discount up to 20% of the salary costs of workers in these territories,