"Historic" visit by the Turkish Foreign Minister to the Palestinian territories

The Turkish Foreign Minister is on a two-day visit to Israel and the Palestinian Territories. A very rare visit, the first by a senior Turkish official for 15 years. 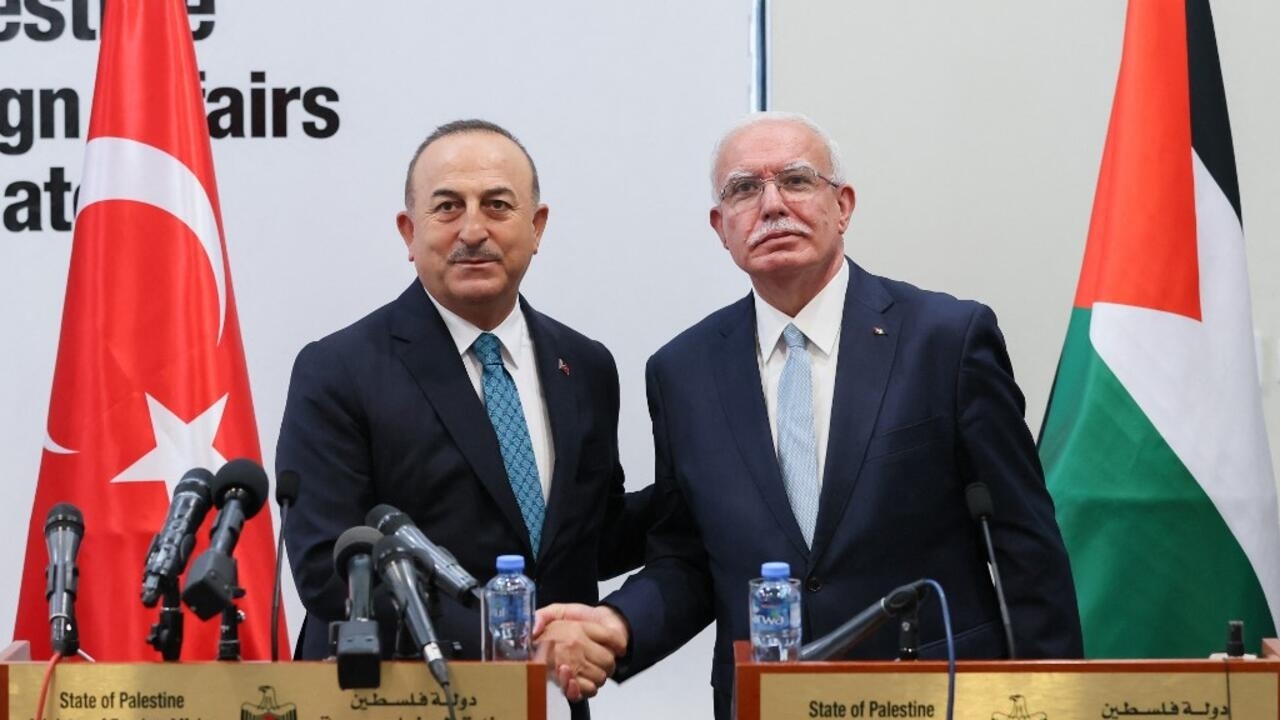 "Historic" visit by the Turkish Foreign Minister to the Palestinian territories

The Turkish Foreign Minister is on a two-day visit to Israel and the Palestinian Territories.

A very rare visit, the first by a senior Turkish official for 15 years.

Mevlut Cavusoglu arrived this Tuesday, May 24 in the early afternoon and went directly to Ramallah, the seat of the Palestinian Authority in the occupied West Bank, to meet his counterpart Riyad al-Maliki, head of diplomacy and President Mahmoud Abbas.

While the Palestinians feared that the Palestinian cause would be neglected by the Turks in favor of good diplomatic relations with Israel, Mevlut Cavusoglu's visit was ultimately described as a “

The head of Turkish diplomacy first recalled his support for the Palestinians.

He signs nine new agreements in the field of agriculture, education and trade, to support a struggling economy, underlines his commitment to the two-state solution.

And he criticizes the continuation of colonization, the destruction or the recent clashes between Israelis and Palestinians.

Our support for the Palestinian cause is totally independent of the evolution of our relations with Israel.

I want to stress this: it is impossible to change our policy towards Palestine

Türkiye's strong support for the brotherly Palestinian people & its cause will continue.🇹🇷🇵🇸 pic.twitter.com/n4E71SqSGH

Because if Turkey is a long-time supporter of the Palestinians, visits have become rare for 15 years, because of the diplomatic crisis between Ankara and Tel Aviv.

Ties between Israel and Turkey have only deteriorated during Erdogan's tenure.

And the two countries had reciprocally withdrawn their ambassadors in 2010, but have recently been working to warm up their relations.

the Israeli president traveled to Ankara and Istanbul

to reconnect with his counterpart.

And according to analysts, Turkey is dreaming of an undersea gas pipeline linking it to Israel to export gas from the Jewish state to Europe.

This Wednesday, Mevlut Cavusoglu is due to meet Israeli officials - Israeli Foreign Minister Yair Lapid and Tourism Minister Yoel Razvozov - with the aim of unfreezing relations between Ankara and the Jewish state, then will go to the esplanade Mosques.