"On the verge of madness": why Poland decided to break the agreement on the supply of gas from Russia

The Polish authorities decided ahead of schedule to terminate the contract signed in 1993 for the supply of natural gas from Russia. Thus, Warsaw wants to gain complete resource independence from Moscow, the government of the republic explained. The Kremlin calls such a position “rabid” and notes that now it is hardly possible to talk about any contractual relations with Poland. Officially, Gazprom stopped supplying fuel to Warsaw a month ago - after the country refused to pay for raw materials in rubles. At the same time, the republic continued to buy Russian gas, but not directly, but under the reverse scheme from Germany. In the future, the Polish side plans to purchase energy resources from Norway, but at the same time calls on Oslo to share oil and gas revenues. The experts believe 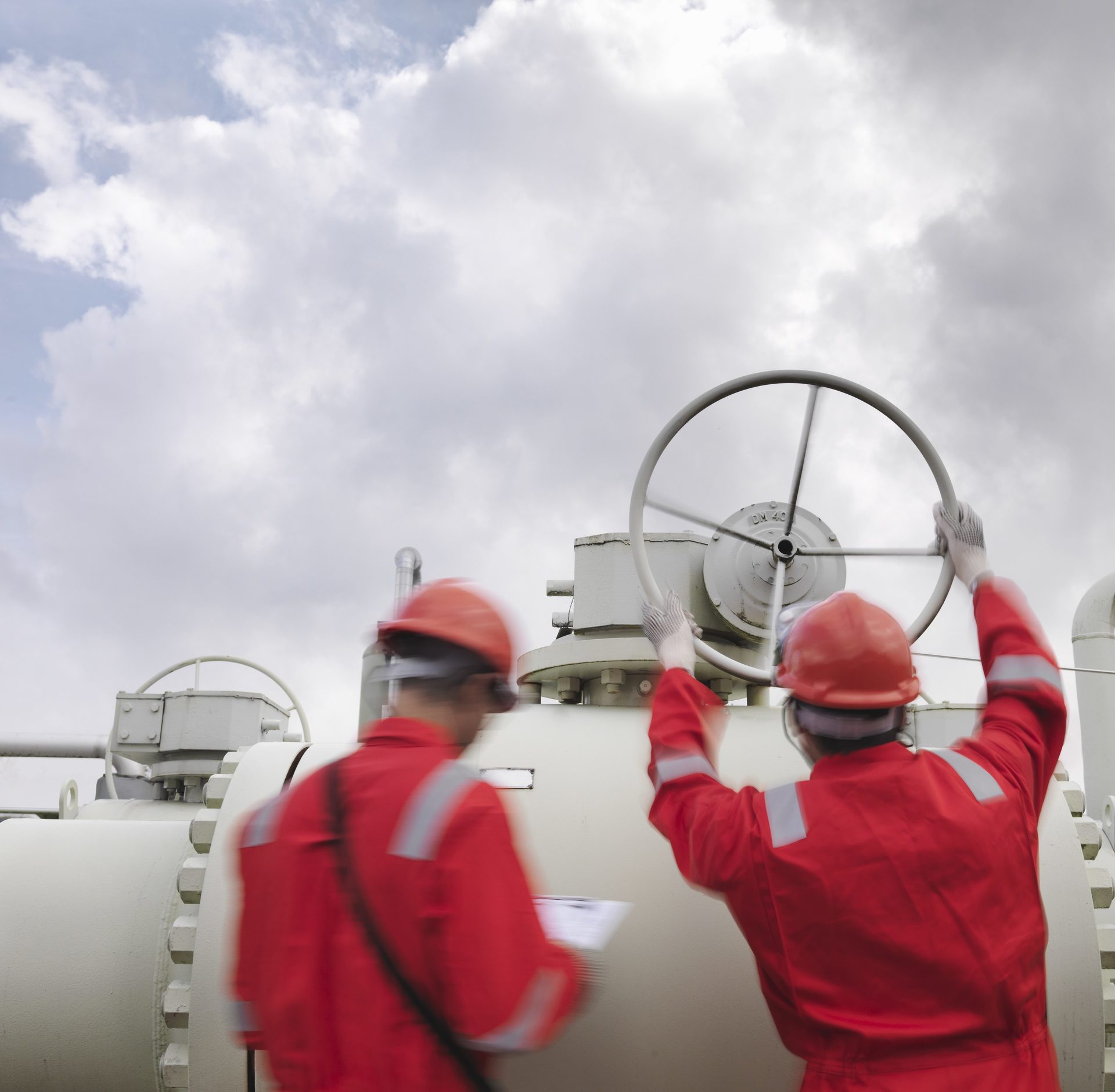 The Polish authorities have decided to prematurely terminate the agreement on the supply of natural gas from Russia.

This was announced on Monday, May 23, by Piotr Naimsky, Commissioner of the Polish Government for Strategic Energy Infrastructure.

We are talking about the agreements reached back in 1993 between the governments of the two countries on the creation of a system of gas pipelines for the transit of Russian gas through Poland and the supply of raw materials to the republic.

As part of the document, a long-term contract with Gazprom was valid until December 31, 2022.

“After 30 years, gas relations between Poland and Russia have come to an end.

Russian gas blackmail, the use of gas supplies as an instrument of political pressure will become impossible, ”the message on Naimsky’s official website says.

The representative of the Polish Cabinet also thanked those who have worked over the past decades to "restore Poland's freedom" in the choice of gas suppliers.

According to him, energy security is a fundamental issue for the country's independence.

Recall that at the end of April, Russia suspended the supply of natural gas to Poland.

As Gazprom explained, the Polish company PGNiG refused to pay for energy raw materials in rubles.

At the same time, the organization was previously warned about the need for settlements in Russian currency.

At the same time, Poland continued to buy Russian gas, but not directly from Moscow, but through Germany.

According to Gazprom, fuel is supplied to the republic by reverse from Germany via the Yamal-Europe gas pipeline.

“That is, all Warsaw’s statements about refusing Russian gas forever are just a bluff.

Poland has bought up to 6 billion cubic meters of our gas through Germany before.

We supplied it to her.

Now the Poles are trying to burn all the bridges of cooperation with Russia, but this is dangerous, because they don’t have other bridges yet, ”Igor Yushkov, a leading analyst at the National Energy Security Fund, told RT.

The Kremlin, meanwhile, believes that now it is hardly possible to talk about any contractual relations with Poland.

Moreover, as Presidential Press Secretary Dmitry Peskov said on Monday, taking into account Warsaw's previous steps, its current decision does not matter much.

“Now we see what a frantic, on the verge of insanity position the Polish authorities are taking.

Therefore, it is hardly worth anything here and can be predicted, ”Peskov stressed.

Warsaw is going to replace Russian gas imports with supplies from Norway.

According to Piotr Naimsky, it is planned to launch the Baltic Pipe gas pipeline in October 2022, which will connect Poland with gas fields on the Norwegian shelf.

However, the design capacity of the pipeline will not allow Warsaw to completely replace the entire volume of gas supplied from Russia, Alexei Fedorov, an analyst at TeleTrade Group, explained in a commentary to RT.

“The entire capacity of the Baltic Pipe gas pipeline exactly corresponds to the volume that Poland purchased directly from Russia - 10 billion cubic meters.

However, immediately after the launch of the gas pipeline to Poland, only about 2-3 billion cubic meters will flow through it.

In addition, for 2023, when the pipeline reaches its design capacity, only 80% of deliveries are booked by the Polish PGNiG.

The rest should go to other European countries, ”Fyodorov explained.

At the same time, Norway does not intend to increase the production of energy raw materials especially for Poland, Igor Yushkov stressed.

Thus, even after the full launch of Baltic Pipe, a deficit may form on the Polish gas market and reverse supplies of Russian fuel through Germany will continue, the specialist believes.

“It is worth noting that the Baltic Pipe does not start at any field, but is a branch of the Euro Pipe, which goes to Germany.

That is, if the Poles take more gas, then Germany will not receive the necessary volumes and will buy more fuel from Russia, and later resell it to Poland anyway, but at a higher cost, ”added Yushkov.

Curiously, under the current conditions, Poland accuses Norway of making significant profits from the sale of energy resources and calls on Oslo to share the proceeds.

As Polish Prime Minister Mateusz Morawiecki said the day before, the Norwegians are "indirectly fattening" on the situation around Ukraine.

“The excess profit from oil and gas, exceeding the average annual in recent years, of the small five-million state of Norway will exceed €100 billion. They must immediately share this excess, gigantic profit,” Morawiecki was quoted as saying by TASS.

Oslo, however, did not support the proposal of the Polish prime minister.

According to Aleksey Fedorov, the statements of the Polish authorities speak of the country's growing financial difficulties due to the hasty abandonment of the gas partnership with Russia.

As the expert noted, Poland has placed itself in a less advantageous position compared to other European states and is now trying to demand compensation "for the energy struggle" with Moscow.

A similar point of view is shared by Igor Yushkov.

However, according to the expert, such demands from Warsaw are doomed to failure.

“The Poles are hinting that the Norwegians are not only not helping them to reduce their energy dependence on Russia, but are also profiting from high energy prices.

That is, taking into account the fact that the filling of the Baltic Pipe is still stalling, Poland is trying to politicize the process.

Warsaw could turn this question to Qatar and the United States, with which it has supply contracts, but understands that it will receive a rude answer, ”Yushkov explained.

Note that Poland was not the only European country that officially refused to pay for Russian gas in rubles.

Earlier, for example, the authorities of Finland, the Netherlands, Denmark, Bulgaria and the Baltic countries announced the corresponding decision.

At the same time, there is objectively nothing for European countries to replace gas from Russia with, says Sergei Pikin, director of the Energy Development Fund.

According to the latest data from Eurostat, in 2020 Moscow provided 41% of the EU's needs for this type of fuel.

“In the short term, for Russian gas suppliers, the current changes are insignificant.

The rest of the countries that refused to pay in rubles will probably follow the example of Poland and will reserve approximately the same volumes of Russian gas, but at the same time act not directly, but through intermediaries.

It will be difficult to find other sources of raw materials in the near future,” Pikin said.

Recall that since April, in Russia, on behalf of Vladimir Putin, a new settlement procedure has been introduced for the supply of natural gas to unfriendly countries.

After large-scale Western sanctions and the blocking of almost half of Russia's gold and foreign exchange reserves abroad, Moscow accepts payments for energy raw materials in rubles.

To do this, foreign buyers must open two special accounts with Gazprombank: in foreign currency and in rubles.

First, the money must be transferred to a foreign currency account, after which the bank on the Moscow Exchange will exchange these funds for rubles and credit them to the ruble account.

Although a number of European politicians continue to declare their countries' unwillingness to pay for gas under the proposed scheme, about half of Gazprom's foreign clients have already agreed to Moscow's terms.

This was stated by Alexander Novak last week.

At the same time, by 2027, the EU countries want to become completely independent of Russian hydrocarbons.

According to the head of the European Commission, Ursula von der Leyen, for this, the EU will need an additional €300 billion in investment and a 13% reduction in energy consumption.

However, as Sergei Pikin believes, it will be difficult for the countries of the region to achieve such unity.

“The main issue is the coordinated policy of all EU countries.

To date, there is no unity regarding the payment of gas.

Moreover, the countries of the European Union cannot even agree on the rejection of Russian oil, which is much easier to replace, ”said Sergey Pikin.

Although in the foreseeable future Russia will continue to receive a relatively high level of income from the sale of gas to Europe, the country needs to quickly redirect trade flows to Asia, the source said.

For this, in particular, it is necessary to build more pipelines in an easterly direction - in addition to the existing "Power of Siberia", the specialist emphasized.

“Through the Power of Siberia, ten times less gas is now supplied than to Europe.

Therefore, we need to either build pipes to the east, or (even better) develop liquefied natural gas technologies.

Yes, there will be obvious difficulties in the development of LNG due to Western sanctions, but we need to start making our own equipment in this area so that in the future we will not depend on the geopolitical background,” Pikin concluded.