«Dubai Chamber»: The clothing market will recover in 2023

A report by the Dubai Chamber of Commerce expected that the retail clothing market in the UAE will recover by 2023, return to levels before the spread of the Corona virus pandemic, and be worth 14.4 billion dollars by 2026, and that it will register a compound annual growth rate of 6% during the period between 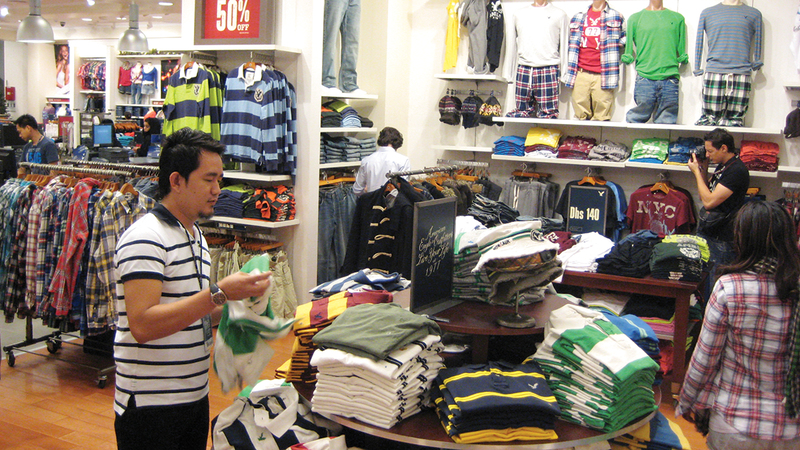 The future prospects are positive and provide rewarding opportunities

«Dubai Chamber»: The clothing market will recover in 2023

Men's wear makes up 53% of the retail apparel market.

A report by the Dubai Chamber of Commerce expected that the retail clothing market in the UAE will recover by 2023, return to levels before the spread of the Corona virus pandemic, and be worth 14.4 billion dollars by 2026, and that it will register a compound annual growth rate of 6% during the period between 2021 and 2026.

The report, which "Emirates Today" obtained a copy of, stated that government initiatives reinforced the positive expectations of this market, which led to a strong return to the tourism sector through the application of one of the most successful pandemic vaccination programs in the world, in addition to government initiatives related to the application of multiple-entry visas. For tourists, which are valid for a period of five years, and the golden residency for a period of 10 years, to attract investors and people with talents and skills, in addition to the strong economic foundations of the UAE that support the vitality of private spending.

The report pointed out that the UAE is a major regional center for clothing and fashion products, and is the second largest market for clothing in the Middle East and North Africa after Saudi Arabia.

Dubai is also an important hub for the apparel and textile industries that include fibres, fabrics, apparel, outerwear, home textiles and technical textile products.

The report attributed the steady growth of the retail market in Dubai, which enjoys huge foreign direct investment, to the booming economy of the emirate thanks to the strength of the tourism sector, the high per capita income, the affluence of the population, the rapid growth in the population, and excellent infrastructure developments, especially related to luxury shopping centers, In addition to shopping festivals, which are characterized by attractive discounts in sales prices.

The clothing and textile market in Dubai is also supported by the high external demand for the emirate's re-exports from neighboring regional markets.

According to the report, men's clothing constitutes the largest percentage share in the UAE retail clothing market, with an average share of 53% of the total value of the sector during the period 2017-2021. It also recorded an annual growth rate of 10.5% in 2021.

The high share of men's clothing in retail clothing sales in the UAE is explained by the fact that 70% of the population in the UAE is male, in addition to the consumer's tendency to buy clothes with moderate prices, and most of the males are in the middle to low income group who shop for their basic needs of clothes according to They invest in competitively priced clothing, opting to buy in bulk during periods of sale by well-known brands.

According to the report, distribution channels through existing stores since 2016, have accounted for an average of 95% of the total market sales.

However, despite this, the share of retail channels via e-commerce increased in 2020 due to the pandemic, and accounted for about 8.4% of total sales.

The report pointed out that a very limited number of products are manufactured locally, or even in the region, due to the lack of industrial infrastructure and the lack of structural support for the local garment industries, stressing that the future prospects for the garment market in the UAE are positive and provide rewarding opportunities thanks to the high per capita income in the country. The financial situation of the population, the rapid growth of the population, in addition to the growth and strong economic foundations of the state.

The clothing market in the country is also highly competitive, with most international brands present in the market.

The report emphasized that although the UAE has one of the largest e-commerce sectors in the world, there is still potential for expansion in the coming years.

The report expected that “digitalization” will dominate the fashion sector in the next few years, so it is expected that commercial companies will integrate new marketing approaches to meet the demands of buyers, through modern technology, as well as with the aim of winning consumers who embrace the values ​​of sustainability.

Children's clothing makes up about 7% of average retail sales.