20 days 56 cities to relax the property market! The trillion-dollar capital city policy was stopped, the reason →

Zhongxin Finance, May 21 (Zuo Yukun) On May 20, "Yangma" sent "full love" to people who bought a house with a loan: the five-year LPR (loan market quotation rate) ushered in the largest in history. Decrease, down 15 basis points to 4.45%.   Not only that, in recent days, the relaxation of the property market regulation policy in many places can be said to show a blowout trend, and the policy of 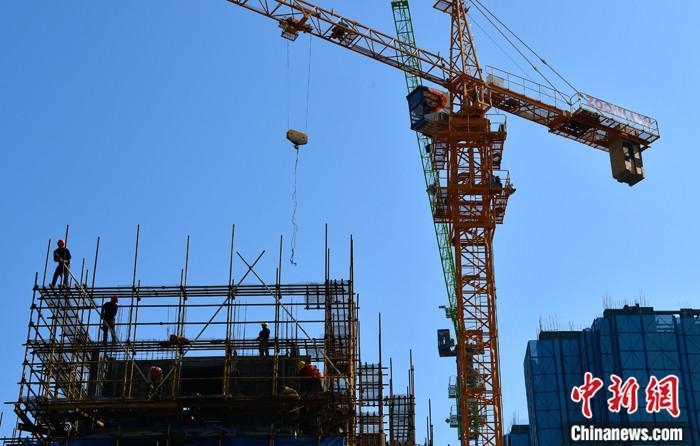 Zhongxin Finance, May 21 (Zuo Yukun) On May 20, "Yangma" sent "full love" to people who bought a house with a loan: the five-year LPR (loan market quotation rate) ushered in the largest in history. Decrease, down 15 basis points to 4.45%.

Not only that, in recent days, the relaxation of the property market regulation policy in many places can be said to show a blowout trend, and the policy of stabilizing the property market around lowering the threshold for home buyers to enter the market is becoming more and more intense.

Statistics from the Central Plains Real Estate Research Institute show that as of May 20, more than 56 cities have issued more than 60 policies to stabilize the property market in the month, and the number of real estate regulation policies throughout the year has reached 290, continuing to refresh the historical record for the same period.

Since the reform of the LPR quotation formation mechanism, the one-year LPR has not dropped, and it is the first time that the five-year LPR has been lowered alone.

Focusing on the background that the current real estate market demand is clearly showing signs of shrinking, as the pricing benchmark for mortgage interest rates, the unexpected reduction of the five-year LPR is regarded by many as a directional support for real estate.

Prior to this, on May 15, the central bank and the China Banking and Insurance Regulatory Commission jointly issued a document requesting that "the lower limit of the interest rate of the first residential commercial personal housing loan should be adjusted to not lower than the market quoted interest rate of the corresponding term loan minus 20 basis points."

The superposition of the two policies means that the lower limit of the first home interest rate has dropped to 4.25%.

On the 19th, a report released by the E-House Research Institute Think Tank Center pointed out that the minimum interest rate for the first home in 20 cities including Guangzhou, Shenzhen, Tianjin, Jinan, Qingdao, Zhengzhou, Suzhou, and Kunming has been reduced to the minimum 4.4%.

After the release of the "Rate Cut Package" on the 20th, banks in some regions acted quickly or made statements. According to media reports, some banks in Tianjin, Nantong, Suzhou, Qingdao, Jinan, Chongqing and other places have set the lowest interest rate for first-time home loans. down to 4.25%.

It is generally believed in the industry that in the future, more cities will reduce mortgage interest rates to the minimum requirements to promote the release of housing demand, and the market in hot cities is expected to gradually stabilize and recover.

Among the recently released policies to stabilize the property market, Nanjing's "cancellation of second-hand housing purchase restrictions" on the 20th attracted particular attention.

However, just about two hours after the "official announcement" of the new policy, the WeChat public account of the Nanjing Housing Association, which published the article, deleted the article.

Nanjing's cancellation of the "half-day tour" policy of restricting the purchase of second-hand houses is also considered to be a manifestation of the red line of "housing and not speculating".

According to the Yangtze Evening News, a person familiar with the matter said that it may be that many policy adjustments involved in the article need to be revised and improved.

"Nanjing's cancellation of the purchase restriction on second-hand housing is intended to drive the recovery of the new housing market through active second-hand housing transactions, but it may trigger the phenomenon of investment speculation, which is contrary to the state's requirement of 'housing to live without speculation'." Guangdong Province Housing Policy Research Li Yujia, a senior researcher at the center, believes that hotspot cities have already entered the era of stock housing, and there is no need to build so many new houses. The local government's approach is also contrary to the state's requirement of "not using real estate as a short-term means of stimulating the economy".

However, in more cities, the activation of second-hand housing transactions has become the focus of current policy regulation and control, and the energy level of cities that issue relevant policies continues to rise.

Another hot city, Hangzhou, the new policy stipulates that the social security requirements for second-hand housing purchases within the scope of purchase restrictions will be cancelled within 5 years of settlement, and non-resident households in the city can purchase houses after paying social security or personal tax for 12 consecutive months, lowering the threshold for second-hand housing purchase restrictions.

At present, the relaxation policies around the restrictions on the purchase of second-hand houses have been introduced repeatedly, which reflects the weak transaction in the second-hand house market.

According to data from the Shell Research Institute, the number of second-hand housing transactions in Shell 50 cities in April fell by more than 20% month-on-month.

In terms of increasing the loan amount, on the evening of the 20th, Tianjin Housing Provident Fund Management Center issued the "Notice on Adjusting the Relevant Policies of Housing Provident Fund", which clarified that the maximum loan amount for employees who have deposited in Tianjin to apply for a personal housing provident fund loan to purchase a family's first house From 600,000 yuan to 800,000 yuan.

In terms of reducing the amount of down payment, Jiangsu Suqian stipulates in the "Several Policies and Measures for Promoting the Stable and Healthy Development of Real Estate in Central Urban Areas" that if applying for a housing provident fund loan to buy a house, the down payment ratio is 20%.

The "Several Measures for Promoting the Stable and Healthy Development of the Real Estate Market" issued by Anhui Suzhou Housing Management Center on the 17th mentioned that the down payment ratio of the second application for self-occupied housing provident fund loans was reduced from 40% to 30%.

"What is certain is that the favorable effect of the central level on the property market is gradually emerging." Zhang Bobiao, president of the 58 Anju Room Real Estate Research Institute, believes that the follow-up of local regulation also needs to be accelerated and effective due to the city's policies. In the first half of this year, the property market Ushering in a full recovery is worth looking forward to.