As soon as the leaders of the two countries met, they visited Samsung Electronics' semiconductor factory together, indicating that the Korea-U.S. alliance should be expanded to the economic field. In addition to Vice Chairman Lee Jae-yong, who guided the factory today, a meeting with President Biden and the heads of major domestic companies is scheduled. 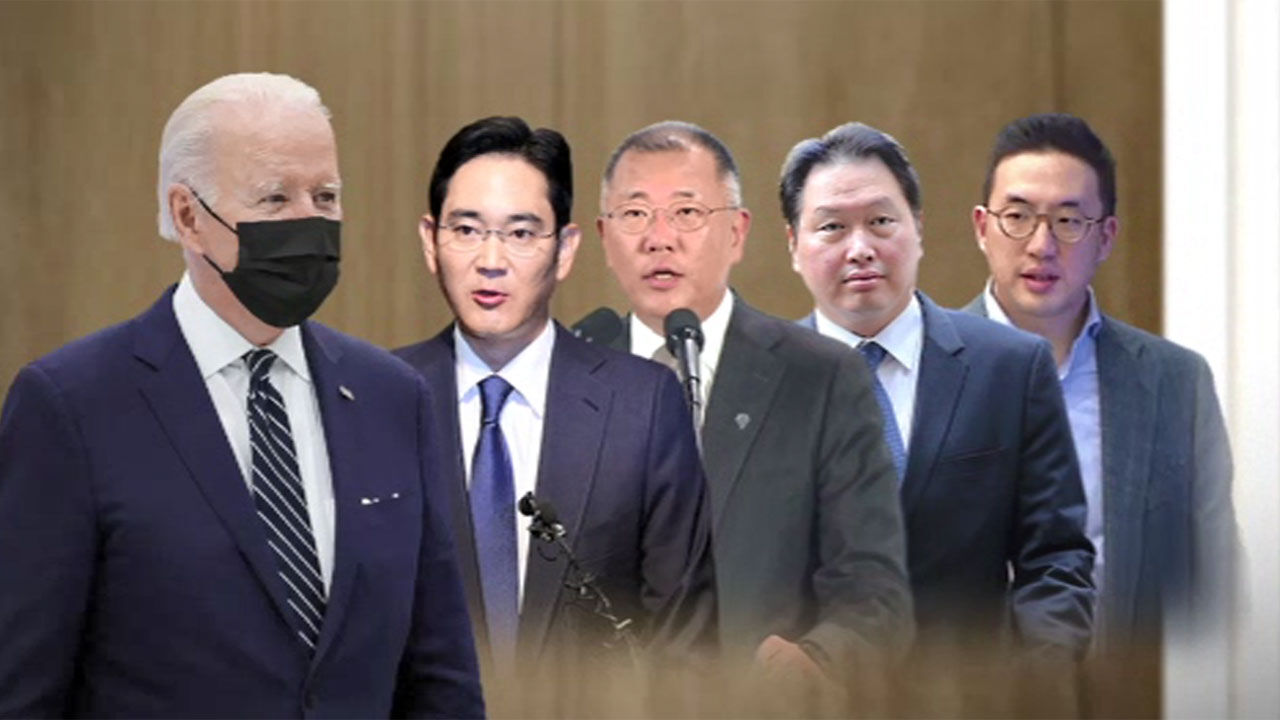 The fact that the leaders of the two countries visited Samsung Electronics' semiconductor factory together as soon as they met means that the Korea-US alliance should be expanded to the economic field.

In addition to Vice Chairman Lee Jae-yong, who guided the factory today (20th), President Biden and the heads of major domestic companies are scheduled to meet.

Continuing to be reporter Han Sang-woo.

The card that Samsung Electronics presented to President Biden is the world's first 3-nanometer semiconductor process.

It is to show that it has a technological edge over its competitor, Taiwan TSMC, in consignment production of system semiconductors to American companies.

In addition, extreme ultraviolet (EUV) exposure equipment is required for ultra-fine processes of 7 nanometers or less.

Tomorrow, the second day of my visit to Korea, the Korea-U.S. economy roundtable hosted by the US Department of Commerce will be held.

It is known that only companies related to US investment and technology cooperation were selected and invited.

In the semiconductor field, Samsung and SK, and in the electric vehicle battery sector, LG, SK, and Samsung, which are increasing direct investment in the US, were named.

In the field of solar energy, Hanwha and OCI are attending.

The two countries will sign a memorandum of understanding for the US-Korea supply chain and dialogue channels.

President Biden will have a dinner with the heads of major domestic companies and the heads of six economic organizations tomorrow night at the National Museum of Korea.

On the last day of his visit to Korea, the day after tomorrow, President Biden has an exclusive interview with Hyundai Motor Group Chairman Chung Eui-sun.

Although President Biden is intended to express his gratitude for the establishment of an electric vehicle plant in Georgia, it is also known that there will be discussions about future business models such as autonomous driving and city aviation.

It is noteworthy that President Biden's actions, which dedicated more than half of his visit to Korea to the economy, will produce results in building a cooperative system between the two countries.