Biden's first visit to Korea, 'Semiconductor Factory'... meaning in it

It's friendly economy time. Today, I will be with reporter Han Ji-yeon. President Biden is visiting Korea today. Now I'm coming in the afternoon, and the first thing I do is visit Samsung Electronics' semiconductor factory. 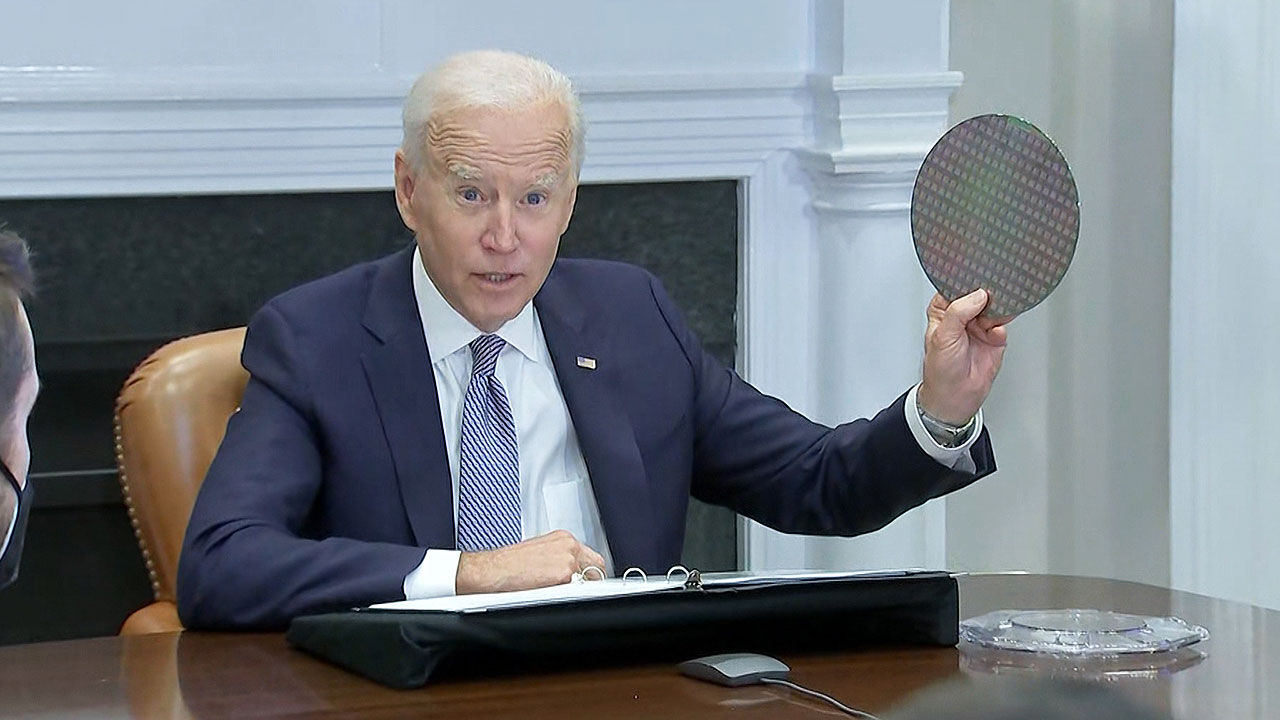 Today (the 20th) I will be with reporter Han Ji-yeon.

Now I'm coming in the afternoon, and the first thing I do is visit Samsung Electronics' semiconductor factory.

But should we take a look at the implications of this first schedule?

Yes, it is the first time for a US president to visit Samsung Electronics.

In particular, the Pyeongtaek plant is called 'the heart of the world's semiconductors' and 'the outpost for Samsung's next-generation semiconductors'.

It is quite unusual to have chosen this place as the first place to visit, and it is interpreted that as Korea is a major US semiconductor supplier and partner, it intends to further solidify the 'semiconductor alliance'.

That is why Korean semiconductors are considered important.

In addition, as President Biden's position has narrowed due to the recent crisis in Ukraine, and various adverse factors such as inflation overlap, I have a strong desire to revive the economy.

He also said that supply chain management has become more important than ever during the Corona crisis.

It can be seen that the decision was made to further strengthen the Korea-US alliance through investment or business.

And President Biden is now scheduled to meet the heads of the four major groups, and he said that it is not unusual for the president of the United States to meet with the heads of state when he visits Korea like this, but this time has a slightly special meaning?

Yes, if you look at the four major groups of Samsung, SK, LG, and Hyundai, there are keywords such as semiconductors, batteries, and electric vehicles.

In the past, the United States, which had not been very interested in this field, has been focusing on this high-tech industry under the Biden administration.

It is in the same vein that Intel made semiconductors again.

So, meeting the head of the four major groups at this point can be said to be more special than at other times.

It can be seen that this is to strengthen the technological alliance in the high-tech industry. Recently, LG Energy Solutions and SK On decided to establish joint factories with finished car companies such as GM and Ford in the US.

In the future, it seems that the advancement of Korean conglomerates into the US will stand out even more.

Yes, there is still competition between the US and China over who can take global hegemony. From the US point of view, it will be of interest to the US that China is located at every major road in the next-generation infrastructure industry.

It is in this context that the “Indo-Pacific Economic Framework”, an economic consultative body led by the United States, is launched in line with this Asian tour. .

Recently, the Korean government also confirmed the policy of participating as an inauguration member.

China has been openly protesting against this, but as we are highly dependent on China economically, how to take care of our relationship with China seems to be the homework.

With this trend, from our point of view, the relationship with the United States has no choice but to become more solid than before.

In particular, in the case of Samsung Electronics, not only President Biden's visit to Korea, but Korea produces a lot of production, but a lot of design is dependent on the United States. What do experts see going forward?

This visit will strengthen the semiconductor supply chain between Korea and the US.

This outlook is expected to have a positive impact on investor sentiment.

This year, uncertainty over semiconductor demand has grown as the Ukraine crisis, inflation, and China's blockade overlap.

Shares of Samsung Electronics and SK Hynix fell by more than 10%, but President Yun Seok-yeol also expressed his will to create a semiconductor superpower.

President Biden also has to attract Korean companies, and there are expectations that a surprise announcement could be made if the interests match this time.

Also, there is an opinion that semiconductor stocks are too low compared to their corporate value, so now is an opportunity to buy at a low price.