The reason why the popularity of luxury goods, which had been 'open run' until a month ago, has withered

It's friendly economy time. Today, I will be with reporter Han Ji-yeon. Are you saying that as social distancing is lifted, the items sold a lot at convenience stores are also changing? Yes, it's only been a month since social distancing was lifted. 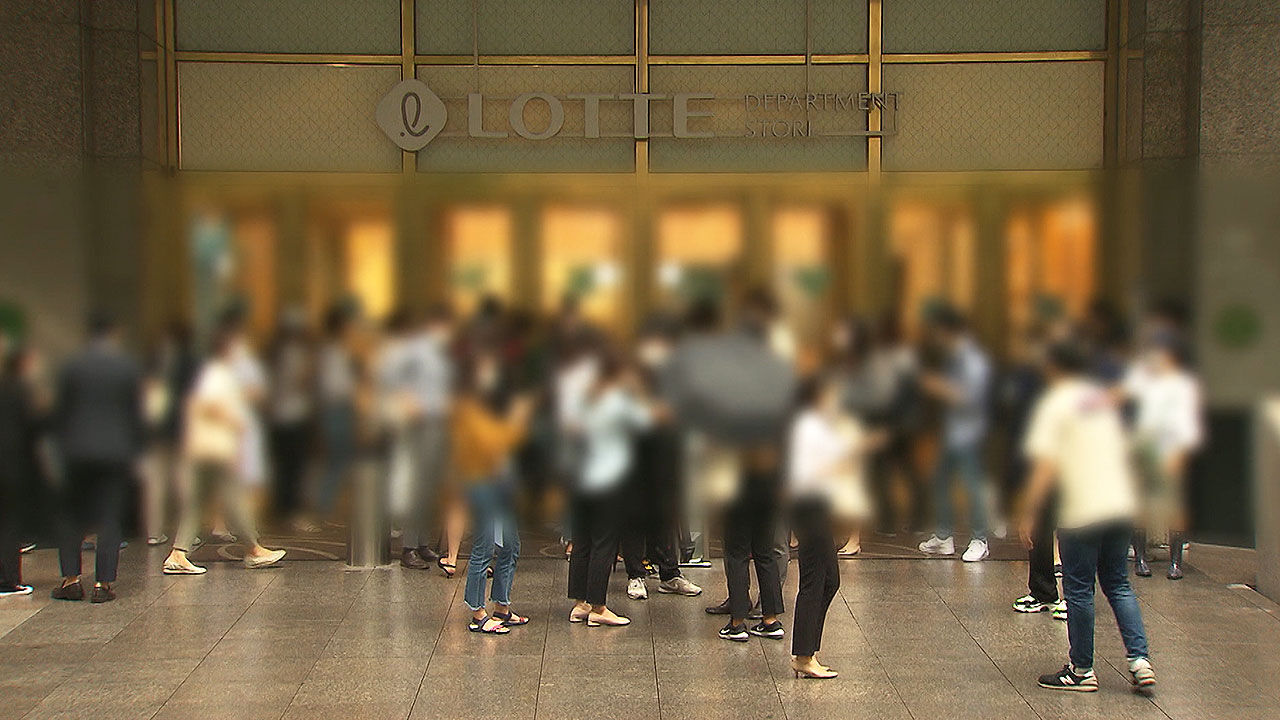 Today (19th), I will be with reporter Han Ji-yeon.

Are you saying that as social distancing is lifted, the items sold a lot at convenience stores are also changing?

Yes, it's only been a month since social distancing was lifted.

For a month, I looked at what was selling well at convenience stores. In particular, the change was most evident in the office district as telecommuting decreased and office attendance increased.

First of all, a lot of meals and snacks were sold, especially these days, it's getting hot enough to wear short sleeves.

People who are already starting to lose weight have found a lot of salads and their sales have increased 100% compared to a year ago.

Even in the case of women's stockings, they either can't wear them because they're busy on the way to work, or when they go out while working, many of them buy them at convenience stores and wear them.

Also, as social distancing was lifted, the part that office workers were most worried about was the dinner party.

In the aftermath of the resumption of the dinner party, it is selling well, and it is a hangover reliever to soothe a sore stomach, and sales jumped by 56%.

On the other hand, the popularity of luxury goods has withered?

Yes, do you remember 'Open Run'?

Until a month ago, there was a long line in front of department stores from dawn, but these days it is relatively quiet.

In particular, the popularity of luxury goods can be seen by looking at the resellers. Chanel was able to sell with a lot of money on top of it, as the word ‘sha-tech’ was once said to be Chanel + Jae-tech.

In the case of one model, at the beginning of this year, it was sold at more than 2 million won higher than the list price in department stores, but now it is 700,000 won lower than the regular price, down more than 20% from its peak.

Rolex watches also saw a 50% rise in resell prices during the corona period, so it was said that 'buying today is the cheapest', but it seems that the bubble has recently fallen off as it has been cut by millions of won. .

During the pandemic, I couldn't do outside activities or leisure activities, so there were many cases of retaliatory spending on expensive luxury goods, but now the situation has changed.

You can enjoy leisure activities while watching baseball, and you can also go to the sea in summer and enjoy rock festivals.

As I said, everyone is excited, but there are so many options that I don’t have time to focus on luxury goods.

The purchase policy of luxury brands also played a role. Consumers were disillusioned with all these things, that they constantly raise prices while treating them as 'hogaeng' because they buy expensive ones, and that they limit the number of purchases or set up lines with no promises. There are also analyzes that you may have felt.

A campaign to find hidden financial assets, this campaign is in progress and will end tomorrow. It would be helpful to know about it, so please explain the related details in a bit more detail.

Yes, as you said, the 'financial asset discovery campaign' in the financial sector ends tomorrow. You can still find it after the campaign, but I brought it out to remind you.

You can find it by going to the 'Pine' homepage, the portal of the Financial Supervisory Service, and you can find dormant financial assets by going to Find My Money.

Then, you can inquire about deposits, insurance money, securities, and even credit card points that I did not know about.

I looked it up too, but it is possible, but unfortunately, there was not even a single dormant account.

There is a whopping 16 trillion won in money that the financial sector has not been able to find. If you want to find sleeping money and prevent crime, you should find it as soon as possible.