India offered to feed the world when war broke out in Ukraine. Prime Minister Narendra Modi had his mouth full bragging that his country had enough... 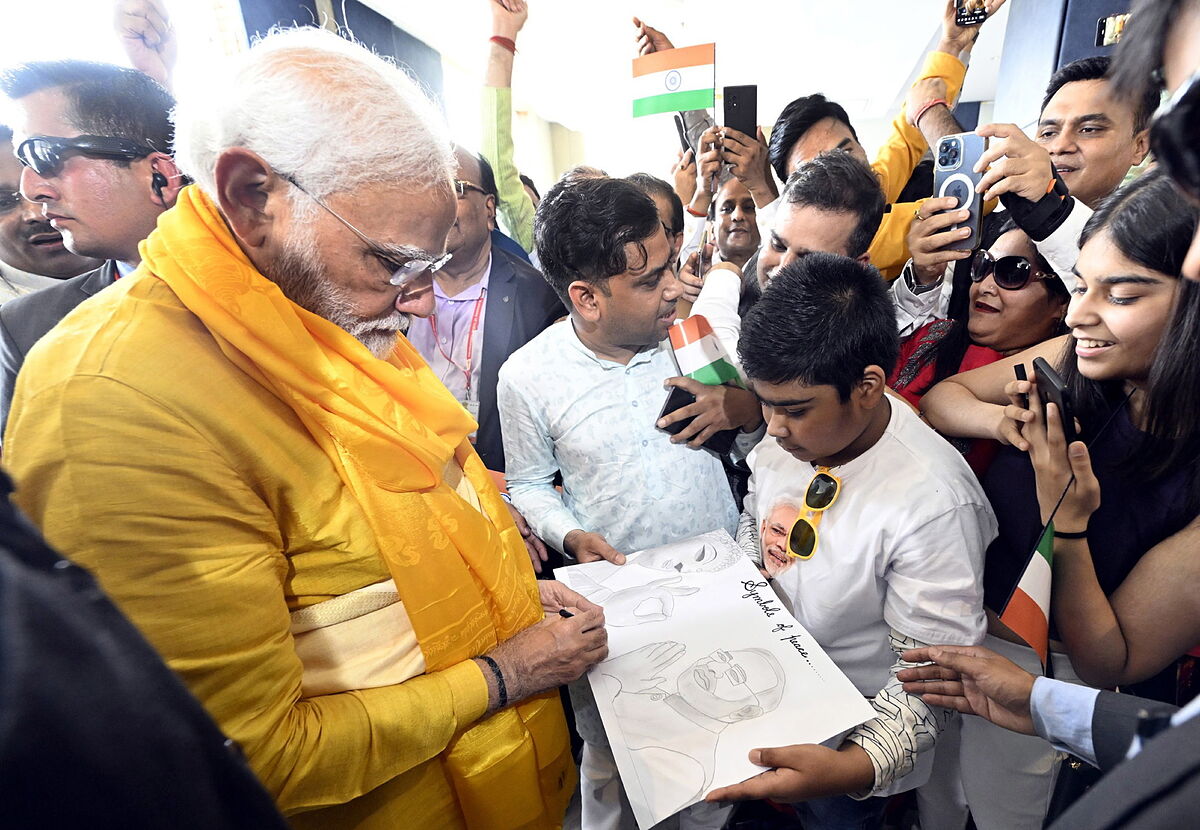 India offered to feed the world when war broke out in Ukraine.

filled his mouth with bragging that his country had enough food to satisfy the appetite of its 1.4 billion people and that he was ready to send his abundant grain reserves to countries in need.

So Modi told US President Joe Biden in a talk in April after exports from the Black Sea region plummeted due to Russia's invasion of Europe's breadbasket, Ukraine, and a barrage of Western sanctions on Moscow.

Both countries account for about a third of the world's annual wheat sales.

India, which has spent since the war began without condemning the Russian invasion and buying oil from Putin's country, taking advantage of great discounts, through spot tenders, wanted to make a move to polish its international image by committing to fill grain at a price the pantry of many countries, exporting a record 10 million tons this year.

But Modi did not expect that an

would ruin his plans.

It had been more than a century since the temperatures in the Indian spring did not exceed 49 degrees.

It is going through the fifth heat wave since March

Summer is a couple of months early and there is still a long way to go before the monsoons start to dry the sweat.

These extreme temperatures, in addition to the many deaths that have been reported from heat stroke, are withering the wheat crop that the world relied on to alleviate global shortages after the war in Ukraine.

According to Monika Tothova, an economist at the Food and Agriculture Organization of the United Nations, Indian farmers estimate that 10-15% of their harvest has been lost to the heat wave.

in some of the areas most affected by the high temperatures, which triggered the domestic price of staple foods.

This situation is what pushed Prime Minister Modi to announce last Saturday that India was prohibiting exports of its grain until further notice.

This country represents about 5% of world exports.

The only wheat that would go outside the borders of the South Asian nation would be through letters of credit that had already been issued based on the food security needs of the demanding countries.

The shock wave of this ban shook the markets on Monday: wheat prices rose almost 6%.

To be exact: the benchmark wheat index rose as much as 5.9% in Chicago, the highest in two months.

The price, already high due to the war,

reached 435 euros per tonne when the European market opened

This represents a further blow to the already depleted global supply chain that will cause the prices of basic products such as bread or noodles to rise.

India's extreme measure did not sit well with its big buyers.

"If the whole world starts imposing export restrictions or closing markets, that would make the crisis worse," Ozdemir said.

According to Ashok Gulati, a professor of agriculture at the Indian Research Council on International Economic Relations, India had the capacity to export 16 million tons of wheat this year.

Traders, reacting to growing demand on the international market, have already signed contracts to export more than three million tons between April and July.

"This was going to serve to cool world prices and reduce the burden on importing countries around the world," says Gulati.

But the export ban leaves the situation much worse.

A report by Nomura

, Japan's largest investment bank, stresses that India's decision will have significant global implications in several low-income developing countries, mainly those in Asia and the Middle East.

"The impact will be felt disproportionately by developing countries, although the Indian government has left open the option of exporting to vulnerable countries," the report said.

The United States and the European Union, EU trade chief Valdis Dombrovskis said in an interview with CNBC on Sunday, are very concerned that these new Indian restrictions increase the risk of a global hunger crisis.