Jordan: drones and radars in the face of the explosion of drug trafficking

The Jordanian authorities announced on Monday, May 16, the installation of drones and radars to monitor drug trafficking from Syria. The two countries indeed share no less… 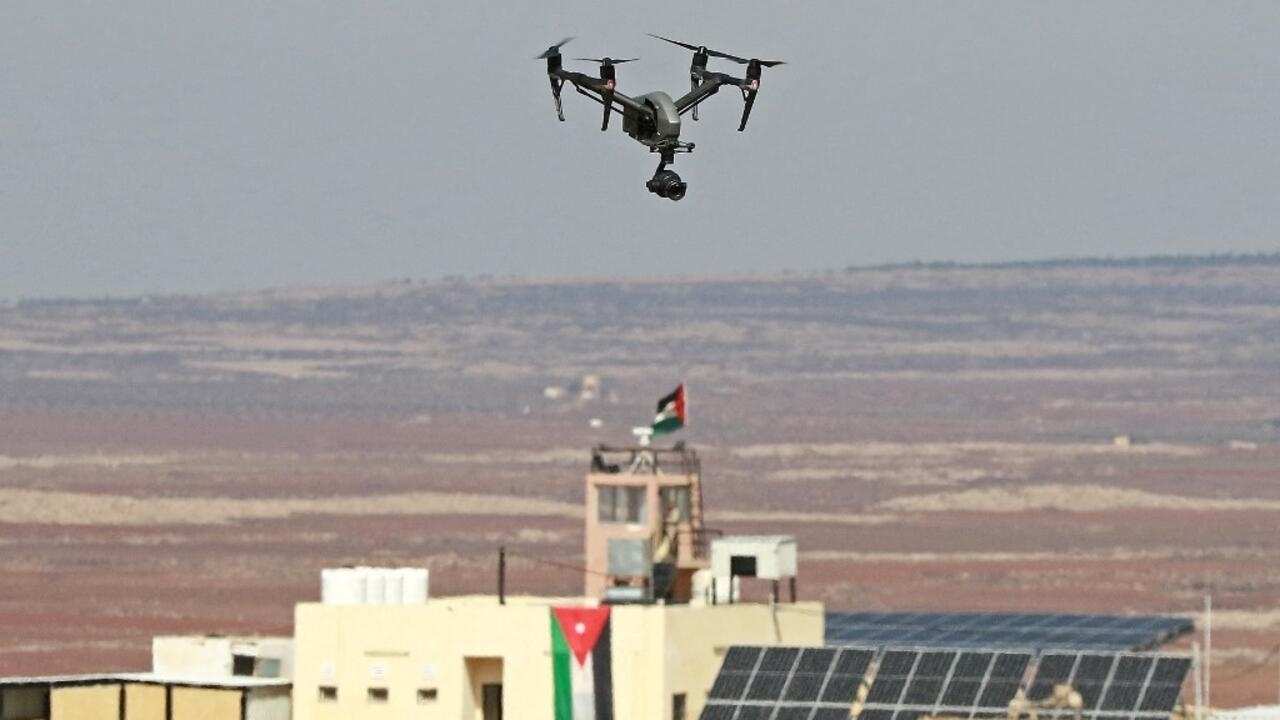 Jordan: drones and radars in the face of the explosion of drug trafficking

A Jordanian army drone flies over the border with Syria.

The Jordanian authorities announced on Monday, May 16, the installation of drones and radars to monitor drug trafficking from Syria.

The two countries share no less than 375 km of borders.

An area difficult to monitor, where trafficking attempts are exploding.

In particular the trafficking of captagon, a derivative of amphetamine, the pills of which flow by the millions each year in the Middle East and the Gulf States.

With our correspondent in Amman,

By relying on these new tools to reduce trafficking at its border, Jordan is “inspired” by traffickers.

Because they were the ones who first used drones to smuggle captagon pills or other substances into Jordan.

the Kingdom's army shot down

for the first time one of these devices responsible for transporting a shipment of drugs from Syria to the other side of the border.

This Saturday, May 14, the same scenario happened again.

The Jordanian authorities have therefore decided to adopt the same tools.

For the moment, drones are only used to monitor potential traffic.

As for the radars, they are not yet in service.

They would be able to take control of a device remotely, make it land and then allow the army to seize its cargo.

This technological arsenal is thus part of the new Jordanian strategy in the fight against trafficking at its borders.

This new doctrine, the Kingdom adopted it last January, after the death of a Jordanian officer, killed by a group of traffickers on the Syrian border.

The drama had moved the whole country and justified the implementation of a particularly severe policy.

It authorizes the army to shoot anyone who tries to enter Jordan illegally.

It only took a week for these threats to be carried out.

At the end of January,

traffickers in the north of the country.

According to the Hashemite Kingdom, there is no doubt that two organizations feed this traffic: part of the army of Syrian leader Bashar al-Assad, which recently regained control of the territories in southern Syria, and the Hezbollah militias deployed in the same area.

More than $5 billion in “income”

Jordan actually serves as a transit zone for traffickers who then sell a large part of the pills at bargain prices in the Gulf countries.

The trade is prolific.

In 2022, the numbers should continue to grow.

They are already speaking in Jordan.

In five months, the Hashemite Kingdom has seized 19 million pills, 5 million more than all seizures in 2021. These are the figures that the Jordanian authorities are now relying on to justify the deployment of drones and radars at its borders.