There are many people who want to go abroad for summer vacation this year, but are hesitant when it comes to the price of air tickets. It's too expensive and it's not easy to get a ticket. 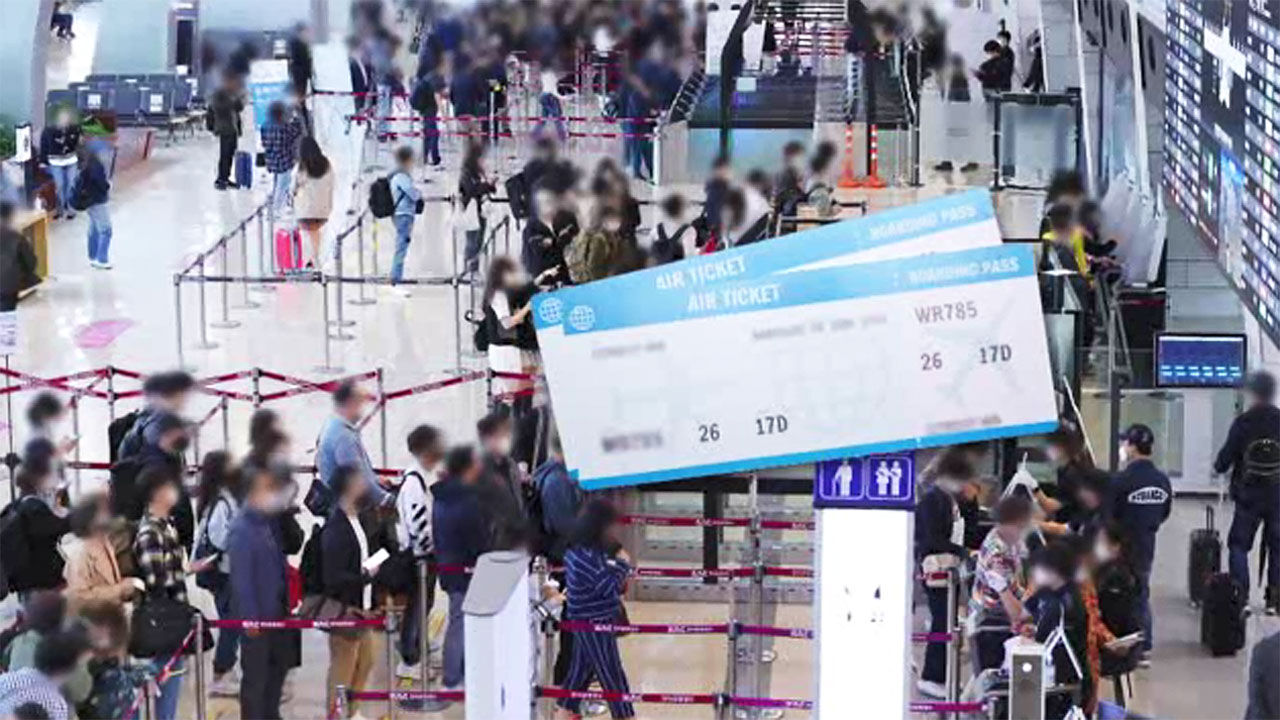 There are many people who want to go abroad for summer vacation this year, but are hesitant when they find out the price of air tickets.

It's too expensive and it's not easy to get a ticket.

It looks like this will continue for a while.

There was a long line in front of the window at Incheon International Airport.

Although quarantine has been eased and they go on overseas trips, they stick to expensive air tickets.

[Kim Seong-tae/Australian traveler: It was around 2 million won even when I went to the Lunar New Year.

Instead of taking a long flight, we sometimes choose a cheap connecting flight.

[Lee Seong-min / Canadian traveler: The total price is about 1.38 million won for a flight with two stops.

I canceled (direct flight ticket) and bought it again because the price was much cheaper.]

Even if you book now, the average round-trip ticket between Incheon and Paris during the summer season in July and August is over 2 million won.

It is more than 1 million won more expensive than before Corona.

As the price of oil rises, the fuel surcharge on air tickets has also risen significantly.

The highest level has been applied since the introduction of the distance proportional system, and in effect, airfare increases for travelers.

Fundamentally, there is a shortage of air tickets to meet demand.

Compared to 2019, before the corona virus, the reservation rate for major international flights has risen to 80%, and travel demand is rapidly recovering.

However, due to quarantine issues, flights are not increasing due to restrictions on early morning flights, so prices are skyrocketing.

[Heo Hee-young / President of Korea Aviation University: (tickets) are priced differentially and flexibly, but under the Corona 19 situation, 100 flights are only being flown, but only 5 are being flown.

From an airline's point of view, fixed costs are high, so they have no choice but to receive a higher unit price each time they fly.]

The government decided to increase the number of international flights ahead of schedule, but the airline industry believes that this imbalance between supply and demand could continue until the end of the year.