“To harm yourself”: Putin called economic suicide the possible refusal of the EU from energy resources from Russia

According to Vladimir Putin, the ban on the supply of Russian energy resources to Europe is tantamount to economic suicide for the countries of the region. Such a move could seriously undermine the competitiveness of EU industry, the president is sure. Although EU sanctions against Moscow are already hitting many industries and ordinary Europeans, the union authorities continue to insist on the need to stop importing oil from Russia. According to Vladimir Putin, by their actions, European states, to their detriment, ignore the basic laws of the economy. Meanwhile, the revenues of the Russian oil and gas sector are increasing against the backdrop of rising energy costs. 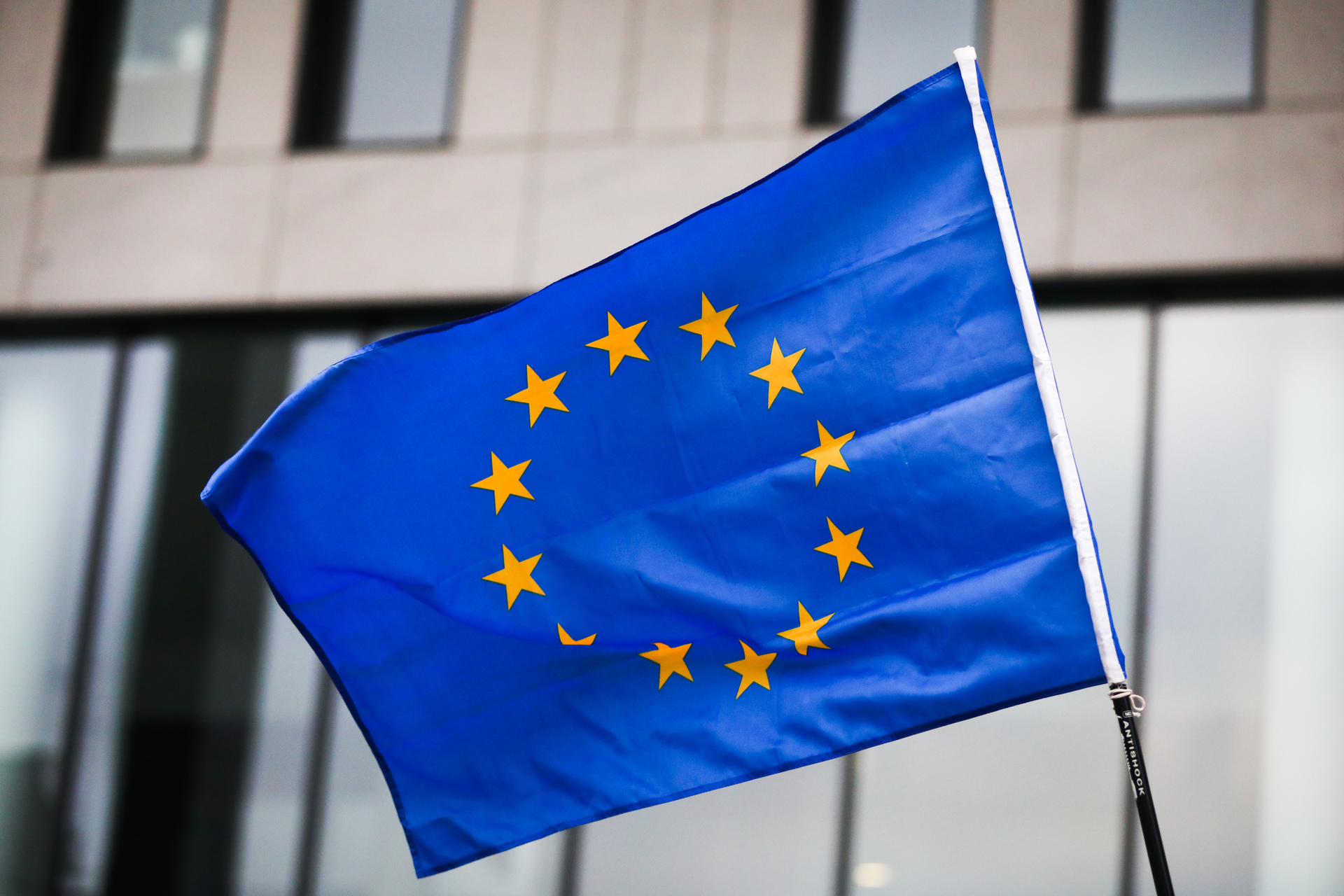 In the event of refusal to purchase hydrocarbons from Russia, Europe runs the risk of becoming the region with the highest cost of energy resources in the world for a long time, President Vladimir Putin said at a meeting on the development of the oil industry.

According to him, the growth of commodity prices can attract other energy suppliers to the EU, but it will not be possible to radically change the situation with prices, and this can seriously undermine the competitiveness of a significant part of European industry.

“Obviously, along with Russian energy resources, the possibility of increasing economic activity will also leave Europe for other regions of the world.

Such an economic auto-da-fé, suicide is, of course, an internal affair of European countries.

We must act pragmatically, proceeding primarily from our own economic interests,” Putin stressed.

As the head of state noted, today the Europeans openly declare their unwillingness to completely abandon Russian energy resources.

Nevertheless, the authorities of Western countries still set such a task and do not pay attention to the damage that has already been done to the EU economy.

“One gets the impression that Western colleagues – politicians and economists – have simply forgotten the basics of elementary, basic economic laws, or, to their own detriment, they prefer to deliberately ignore them,” the president added.

Recall that since the end of February 2022, the European Union, together with the United States and a number of other states, continue to impose new economic sanctions against Russia.

In total, almost 10.4 thousand restrictions have already been imposed on Moscow (7.6 thousand of them since February 22), as evidenced by the materials of the global sanctions tracking database Castellum.AI.

Almost half of the country's gold and foreign exchange reserves (worth $300 billion) were frozen, and many Western companies announced their withdrawal from the Russian Federation.

Since the beginning of May, the EU countries have been trying to agree on a new, already sixth, package of anti-Russian sanctions.

Restrictions imply, among other things, the introduction of a ban on the import of Russian oil.

However, the discussion of this issue has not yet been crowned with success.

On May 16, the Foreign Ministers of the EU countries held another round of negotiations, as a result of which they again failed to reach an agreement.

At the same time, the head of EU diplomacy, Josep Borrell, said that he did not know how long the discussions could last.

“The ambassadors will continue to discuss this.

We still have difficulties in unity around the oil embargo ... I can’t say whether it will take another week or two, ”TASS quotes Borrell as saying.

Note that Russia remains the main supplier of oil to Europe.

According to the latest data from Eurostat, in 2020 Moscow provided 37% of the EU's needs for this type of fuel.

“The Europeans fail to agree on an embargo, since some countries objectively cannot quickly abandon our raw materials.

The fact is that in the world of energy resources, exactly as much is produced as it is consumed.

That is, it is impossible to quickly increase production in other countries and replace Russian oil in the European market in any way, ”Sergey Pikin, director of the Energy Development Fund, explained to RT the situation.

Meanwhile, the already imposed sanctions against Russia and talk about a possible embargo on the import of raw materials are pushing the cost of energy resources to new heights, Vladimir Putin said.

Thus, since the beginning of May, oil of the benchmark Brent brand has risen in price by almost 6% and is now close to $115 per barrel, the highest level over the past two months.

At the same time, prices for petroleum products in the EU are growing even faster due to the shortage of fuel in the region, the Russian leader stressed.

“They are trying to write off this energy inflation on us, they call us our names, they blame everything on Russia, trying to cover up, as I said, their own systemic mistakes in this area - this is already directly hitting transport, European industry, and falls on the shoulders of consumers - million Europeans,” the president explained.

According to Eurostat's preliminary estimates, in April annual inflation in the Eurozone has already updated its historical record and reached 7.5%.

Refusal of Russian oil can only aggravate the situation, experts say.

“Europe will suffer from the introduction of a full or partial embargo on Russian oil, primarily financially.

Transporting oil from other countries by sea will cost much more than Russian pipeline supplies.

It is also worth noting that the EU will need to build additional terminals in large ports to store raw materials, ”Andrei Maslov, an analyst at FG Finam, told RT.

For your own benefit

Moreover, according to Vladimir Putin, in addition to the damage to the European economy itself, the “chaotic actions” of Western countries led to an actual increase in the revenue of the Russian oil and gas sector.

Thus, according to the government’s estimate, due to the revenues from the sale of energy resources received in 2022, the volume of the reserve fund of the Cabinet of Ministers can increase by almost 792 billion rubles, which will be used, among other things, to ensure the stability of the economy.

“Of course, we need to keep such a factor in mind, we understand this, we see it, but this should not discourage our companies ... Understanding what steps will be taken in the near future in the West, we must draw conclusions in advance and act proactively, reverse ill-conceived the chaotic steps of some of our partners are for their own benefit, for the benefit of our country,” the head of state stressed.

According to Sergey Pikin, Russian oil and gas companies need to change their logistics and make deals with alternative buyers of raw materials.

The process can take some time and lead to costs, but in the end, the business will be able to rebuild trade flows, the specialist is sure.

According to Natalia Milchakova, a leading analyst at Freedom Finance Investment Company, Eastern countries will become a new priority for Russian oil.

First of all, we are talking about India and China.

“According to some estimates, by 2025 at least 25% of global oil demand will come from these two countries.

India has huge potential to become one of the world's largest importers of Russian oil, but the difficulty so far lies in the lack of infrastructure for transporting raw materials.

If Russia is connected with the east of Europe by an oil pipeline, then with India everything is more difficult - the infrastructure has yet to be created, ”explained Milchakova.

Meanwhile, redirecting export flows to China will be somewhat easier, the analyst is sure.

As the specialist explained, Moscow already has the infrastructure in the form of the East Siberia-Pacific Ocean pipeline system to transport raw materials to China.

“Of course, in trade with China and India, the price issue will come to the fore.

Both of these countries are ready to buy Russian oil at a big discount - about $60-70 per barrel.

However, our budget was drawn up based on the average cost of oil at $42.3 per barrel.

So, as previously stated in the Russian Ministry of Energy, the price corridor of $60-70 is the most comfortable for producers and consumers,” Milchakova concluded.