"Unfortunately, the entire Union is hostage to a single member state." It can be explained in many ways, it can be defined in more or less diplomatic terms, but... 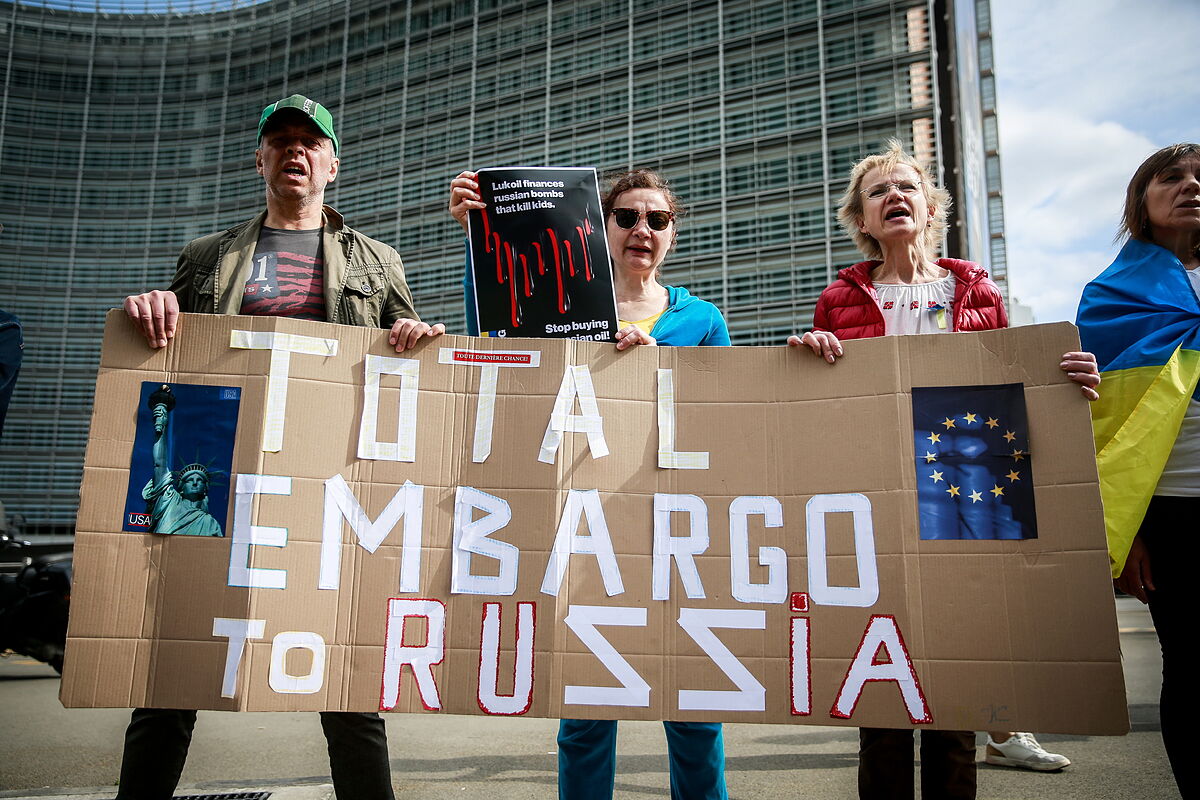 "Unfortunately, the entire Union is hostage to a single member state."

It can be explained in many ways, it can be defined in more or less diplomatic terms, but it is impossible to describe with more direct words than those of the Lithuanian Minister

the feeling of the majority of the 27. The sixth package of

The invasion of Ukraine

has been stalled, aground, stalled, blocked, vetoed or hijacked by Hungary for two weeks.

And as time goes by, the understanding, the nuances, give way to anger.

This Monday the EU foreign ministers met again in Brussels to discuss, among other issues, the possible embargo on the purchase of Russian oil, but, as the high representative

had assumed the day before, "The positions are too strong" and they are too opposed.

Hungary (like Slovakia and to a lesser extent the Czech Republic) has been offered more time than others, until 2024 even, to cut imports of Russian crude, but it doesn't want to.

There are logistical and economic reasons, because their dependence on hydrocarbons is real and the time needed to adapt or build refineries is not short.

But the problem is above all political.

Viktor Orban has spent years holding back or diluting sanctions, communications, a tough position, and it's not just for money or stability.

In theory, the package was not formally on the agenda, because the discussion at the ambassadorial level was far from advanced, but it was impossible not to address the elephant in the room.

Especially when the Ukrainian Foreign Minister,

, was present in the room, once again, asking for firmness, weapons and courage from his neighbors.

The Balts and Poland are pressuring Budapest to offer a way out, in the form of time or money or by detaching Ukraine itself from Russia, so that there are no cuts in the gas pipelines that come from its territory.

Something to work on, but they find excuses and deliberate delays.

"It is not a problem of time, it is to find accommodation for those who have difficulties with dependency. What is clear is that Putin cannot finance the war with our funds and we will find a way,"

assured at the end of the meeting to questions from this diary.

The president of the Commission,

traveled by surprise to Budapest last week, but returned empty-handed, and the teleconference of the most affected leaders that was agreed to seek a way out has not even been called.

"I do not understand what you mean, it is a lie to decide that we are keeping the EU hostage," defended the Magyar minister,

, who a few days ago estimated the cost of the necessary infrastructure to cut dependence on Russian gas at almost 1,000 million and nearly 18 times that amount to shift their reliance on fossil fuels into the green transition.

At the end of the month, on the 30th and 31st, the Heads of State and Government will meet in Brussels for an extraordinary European Council.

Many assume that until then, at the very least, there will be no unlocking.

Orban wants commitments that are above the level of ambassadors and ministers.

In this negotiation, even with the bombs falling, urgency works in your favor.

"There has been no progress. There is significant support but we still have to continue working (...) I am not afraid because reluctance has been presented in a constructive way, explaining their problems. The spirit is constructive," Albares has tried to lower.