IMF raises the weight of RMB SDR, what impact will it have on the RMB exchange rate?

Zhongxin Finance, May 16 (Gong Hongyu) The RMB has handed over a new answer sheet in the process of internationalization. On May 14, local time, the International Monetary Fund (IMF) announced that it would increase the weight of the RMB in the Special Drawing Rights (SDR) currency basket from 10.92% to 12.28%.   This is also the first review completed since the renminbi was added to the SDR cu 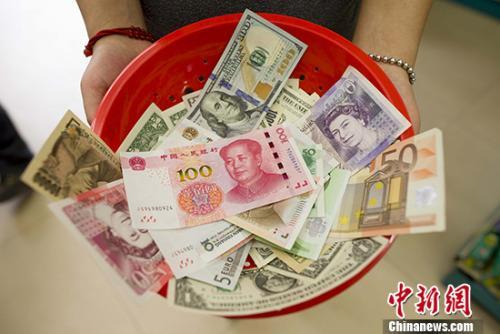 Zhongxin Finance, May 16 (Gong Hongyu) The RMB has handed over a new answer sheet in the process of internationalization.

On May 14, local time, the International Monetary Fund (IMF) announced that it would increase the weight of the RMB in the Special Drawing Rights (SDR) currency basket from 10.92% to 12.28%.

This is also the first review completed since the renminbi was added to the SDR currency basket in 2016.

Experts have analyzed that the increase in the weight of the RMB is affected by favorable factors such as the rising proportion of China's exports, which will further promote the internationalization of the RMB.

During this round of review, the Executive Board unanimously decided to maintain the existing SDR basket of currencies, which is still composed of USD, EUR, RMB, JPY and GBP, and to increase the weights of RMB and USD by 1.36 and 1.65 percentage points respectively. At the same time, the weights of the euro, the yen and the pound were lowered from 30.93%, 8.33% and 8.09% to 29.31%, 7.59% and 7.44% respectively.

It is worth noting that in the weight-adjusted new SDR currency basket, the US dollar is still the largest currency, with its weight rising to 43.38%.

The IMF said in a statement that the latest weights were based on trade and financial market developments from 2017 to 2021.

Double factors drive the increase in the weight of the renminbi

Wang Youxin introduced that in the SDR currency weight calculation formula, the export share weight and the degree of free use each account for about 50%.

Since 2015, China's export share has increased as a whole, especially after the epidemic, China's stable industrial and supply chain has helped exports to rise against the trend.

For example, data show that in 2021, my country's total trade in goods and services will grow to US$6.9 trillion, ranking first in the world for two consecutive years.

At present, the share of merchandise exports in the international market has risen from 11% to 15%.

According to the "Currency Composition of Official Foreign Exchange Reserves (COFER)" data released by the IMF in March 2022, in the fourth quarter of 2021, the RMB's total global foreign exchange reserves amounted to US$336.1 billion, accounting for 2.79%, breaking the historical high again.

Weight adjustment is conducive to the steady development of RMB internationalization

Wang Youxin said that, as a super-sovereign currency, although SDR does not play a prominent role in practical operation, it has important symbolic significance for the internationalization of the RMB, which means that the RMB is increasingly recognized by international investors. Investment and financing, foreign exchange transactions and other fields are used more and more, and they have gradually become an important supplement in the international monetary system, and their role and signal significance cannot be ignored.

"In the future, with the improvement of market recognition, more global funds will be allocated RMB assets under the passive trading strategy, and derivative transactions will also increase accordingly, and the internationalization of RMB will enter a stage of sound development. The use of international investment and financing, cross-border asset allocation, foreign exchange transactions, and international reserves will continue to increase steadily." Wang Youxin said.

How will the weight adjustment affect the RMB exchange rate?

Wang Youxin said that the rising weight of the renminbi in the SDR currency basket represents a positive signal and progress in the international use of the renminbi. It may improve market sentiment in the short term, but the benefits for cross-border capital flows will be more in the medium and long term. Play a role, the impact on the current exchange rate trend will be limited.

China's central bank: always adhere to expanding a high level of opening up

Regarding the increase in the weight of the renminbi, the People's Bank of China said on the 15th that China's confidence and will in reform and opening up will not be shaken, and it will always adhere to expanding a high level of opening up.