G7 is in a hurry! International wheat prices have risen by 60%, India suddenly banned exports

Zhongxin Finance, May 17 (Reporter Xie Yiguan) Food is the most basic survival material for human beings. The circulation of food around the world allows people in any corner of the earth to eat rice from Vietnam, wheat from Russia, corn from Brazil...   But when the world's second largest wheat producer announced a ban on wheat exports, global food security was once again sounded "alarm bells" 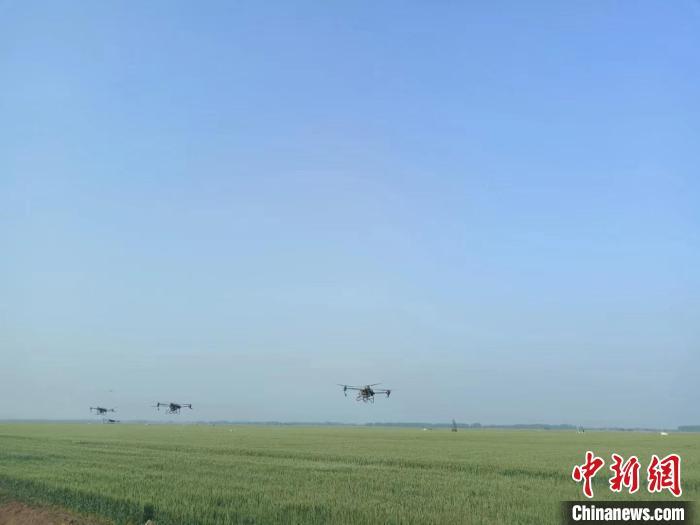 Zhongxin Finance, May 17 (Reporter Xie Yiguan) Food is the most basic survival material for human beings.

The circulation of food around the world allows people in any corner of the earth to eat rice from Vietnam, wheat from Russia, corn from Brazil...

But when the world's second largest wheat producer announced a ban on wheat exports, global food security was once again sounded "alarm bells".

(Picture and text are irrelevant) Photo by Guoxi

On May 13, local time, the Indian government issued an order announcing an immediate ban on wheat exports.

The Directorate General of Foreign Trade of India issued a notice on the same day, expressing the immediate implementation of the wheat export ban.

However, countries that request and obtain authorization from the Indian government will be able to continue to receive Indian wheat exports.

According to local media reports, India has recently suffered a severe heat wave and a sharp rise in the price of domestic food, especially grains, and officials hope to stabilize food prices by banning wheat exports.

In addition, India is expected to face a sharp decline in domestic wheat production.

In February, India had forecast a record 111 million tonnes of wheat for the year.

At the time, Prime Minister Narendra Modi said that India could export its own surplus wheat stocks and that "India is ready to feed the world".

But a heatwave that began in mid-March forced the Indian government to cut its wheat output forecast for this year to 107 million tonnes.

According to information released by the India Meteorological Department, in April, the average temperature in northwestern and central India both hit a 122-year high.

The agency pointed out that the impact of the high temperature in India on the local wheat is particularly prominent, which is in the critical grain filling period, and the main producing areas are concentrated in the central and northwestern regions where the high temperature continues.

In addition, the Indian government is also facing pressure to control inflation.

In April, India's inflation rate was as high as 7.79%, exceeding the tolerable ceiling of 6% set by the Reserve Bank of India for the fourth consecutive month.

Among them, the price of wheat in the Indian market rose by nearly 7% year-on-year.

The Indian government's ban on wheat exports could effectively lower domestic wheat prices, but according to Agence France-Presse, the move was heavily criticized by the G7 agriculture ministers meeting in Germany.

India is currently the second largest wheat producer in the world.

Global buyers are pinning their hopes on India for supplies after the conflict between Russia and Ukraine caused wheat exports from the Black Sea region to plummet, Reuters reported.

The "New York Times" believes that India's sudden ban on wheat exports under this circumstance will make the shortage of supply in the global wheat market more prominent, and the potential threat of famine in some countries and regions is increasing.

"India bans wheat exports, and the international wheat supply is reduced, forming a supply gap, which may aggravate the volatility of the international grain market and further promote the rise of wheat prices." Li Guoxiang, a researcher at the Institute of Rural Development of the Chinese Academy of Social Sciences, told China-News Financial reporter.

On May 16, Chicago wheat futures hit a daily limit of $12.47 a bushel after the opening bell.

"The rise in international wheat prices will also trigger a chain effect," Li Guoxiang added. On the one hand, it leads to rising prices of downstream consumer goods, and on the other hand, it exacerbates inflation.

The BBC reported on the 16th that the price of wheat in the international market has risen by about 60% this year, pushing up the cost of everything from bread to noodles.

Wheat that has gradually matured.

Not only India, but many countries have restricted food exports

India is not the first country to restrict its own food exports.

A reporter from China-News Finance noticed that in addition to Ukraine and Russia, the two major grain exporting countries, Hungary, Argentina, Turkey, Moldova, Kazakhstan and other countries have restricted grain exports to varying degrees.

According to data from the International Food Policy Research Institute in Washington, as of early April, the number of countries implementing food export restrictions in the world has increased to 16.

Many countries have restricted grain exports not only because of the conflict between Russia and Ukraine, but also because of a "food protection operation" under the expectation of production reduction.

According to a recent report released by the US Department of Agriculture, global wheat production in 2022/2023 is expected to be 775 million tons, a decrease of 4 million tons from the previous year.

The country with the largest reduction is Ukraine, where wheat production is expected to fall by a third from the previous year.

Australian wheat production is also expected to be lower than the previous year due to lower harvested area and production.

In addition, Morocco's output is expected to fall to its lowest level since 2007/2008 due to severe drought.

Production in the EU is also expected to fall slightly from the previous year.

Does the restriction of grain export by many countries have any impact on my country's grain market?

In Li Guoxiang's view, my country's wheat can achieve "self-sufficiency" without relying on the international market.

However, since some feed grains will be imported from foreign markets before, it may be affected by the rise in international grain prices.