The money of the richest people has been lost recently 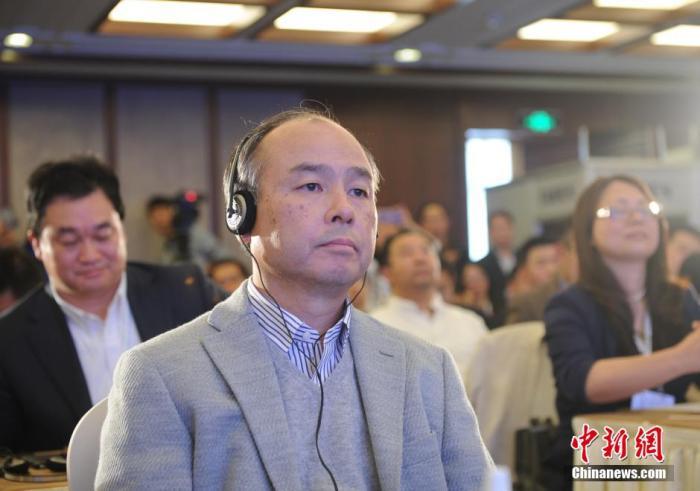 New Finance May 15 (Reporter Xie Yi concept) capital market volatility, even the world's top billionaires, wealth is "up and falls when."

On the 12th, as SoftBank Group announced its annual report for the fiscal year 2021 (April 1, 2021 - March 31, 2022), the 64-year-old former world's richest man and SoftBank Group Chairman Masayoshi Son once again appeared in people's field of vision.

Was spirited Son also said Softbank has made profits in a quarter of a Japanese company any more than history.

But from time to time, the investment business that used to be the main driver of SoftBank's performance growth has now pushed SoftBank into the "abyss" of losses.

In fiscal 2021, SoftBank Group’s Vision Fund, which is responsible for the investment business, lost 2.64 trillion yen in net profit, the largest annual loss since its establishment in 2017.

Specifically, SoftBank Group's losses in fiscal 2021 were mainly concentrated in the first quarter of this year, with a net profit loss of 2.1 trillion yen.

Softbank once made a lot of money by investing in technology stocks, but in the first quarter of 2022, Nomura Securities reported that 32 of the 34 technology stocks invested by the Vision Fund suffered losses, including South Korean e-commerce giant Coupang , Singapore’s online car-hailing platform Grab, Indian mobile payment giant Paytm, and the largest food delivery platform in the United States, DoorDash, etc.

After the report was released fiscal year 2021, Masayoshi Son said, because the new crown and pneumonia outbreak of conflict between Russia and Ukraine, the world entered a "chaotic mode."

The capital shook the field for many years, the "radical" famous "veteran" had said that Softbank is now time to take defensive measures, "In this chaotic world, the way we should take the defensive."

According to reports, Softbank will officially slowdown in investment, take a conservative pace of investment, compared with 2021, in 2022 the investment will be reduced by 25% -50%.

Musk, the world's richest man who has been busy acquiring Twitter recently, if he looks at his own stock, I don't know if he will be troubled.

Recently, with the further implementation of monetary tightening policy by the Federal Reserve, U.S. stocks have been "destroyed", large technology stocks have been "bloodbathed", and Tesla has not escaped the fate of plummeting.

In terms of Musk's holdings, about $15.7 billion in Musk's personal assets have evaporated this week alone (May 9 to May 13).

If the time is extended to the beginning of this year, according to media reports on the 13th, the Bloomberg Billionaires Index shows that Musk, the world's richest man whose wealth is dominated by Tesla stocks, has lost 54.1 billion US dollars in personal assets, or about 3672 yuan. 100 million yuan, is the richest man with the heaviest losses this year.

Although his wealth has shrunk significantly, the Forbes real-time rich list shows that Musk remains firmly on the throne of the world's richest man.

The wealth of these rich people is also "shrinking"

Not only Musk, as of the close on Thursday (May 12), the six large technology stocks of Facebook parent company Meta, Apple, Amazon, Netflix, Google A, and Microsoft have all fallen into the bear market range, compared with 52 weeks. The high point fell by at least 20%, and the wealth of the rich behind Bezos, Zuckerberg, Bill Gates, etc. has shrunk significantly.

And just on Wednesday, after the market value of Apple evaporated nearly 130 billion US dollars in a single day, it lost the throne of "the world's largest market capitalization", and Buffett, the "stock god" who put Apple in the first heavy stock, is also affected.

In the first quarter of this year, about 66% of the fair value of Berkshire's stock holdings were concentrated in Apple, Bank of America, American Express and Chevron, according to documents disclosed by Buffett's investment agency Berkshire.

Shares of Bank of America and American Express have also continued to weaken recently.

Under soaring prices, to curb high inflation, tightening of US monetary policy, resulting in sustained impact on stocks.

US Cable News Network (CNN) reported that this year, the US stock market value evaporated major indexes total of more than $ 7 trillion, this value is equivalent to 2021 30.4% of the US economy.

From the analysis of institutions, the world's richest wealth "shrink" journey is far from over.

According to a new report from Michael Hartnett, chief investment strategist at Bank of America Global Research, U.S. stock investors will experience inflation, interest rates and recessions for most of 2022.