Zhongxin Finance, May 5 (Gong Hongyu Shi Rui) The US interest rate hike plan that has stirred the nerves of the capital market for several days has finally landed. On Wednesday, local time, the Federal Reserve announced that it would raise its benchmark interest rate by 50 basis points to a range of 0.75%-1.00%.   As the second rate hike this year, it is also the first time since 2000 that the 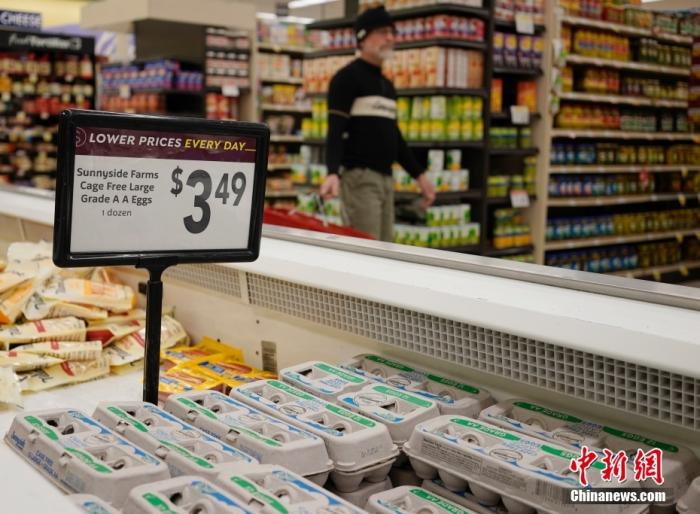 Zhongxin Finance, May 5 (Gong Hongyu Shi Rui) The US interest rate hike plan that has stirred the nerves of the capital market for several days has finally landed.

On Wednesday, local time, the Federal Reserve announced that it would raise its benchmark interest rate by 50 basis points to a range of 0.75%-1.00%.

As the second rate hike this year, it is also the first time since 2000 that the Fed has raised rates by as much as 50 basis points.

The Fed also decided to reduce its holdings of U.S. Treasuries, agency debt and agency mortgage-backed securities starting on June 1, initially by $47.5 billion per month, increasing to $95 billion per month three months later.

A series of monetary tightening actions showed the Fed's determination to curb inflation.

However, many analysts believe that U.S. inflation will hit a new high in the short term, and the reduction in the amount of money brought about by the shrinking balance sheet may bring more uncertainty to the capital market.

Data map: A customer passes by an egg container in a supermarket in San Mateo County, California.

Economic recession and inflation, the United States is in a dilemma

The United States has been in the quagmire of high inflation for many consecutive months. Data show that after hitting a high of 7.9% in February, the US consumer price index (CPI) expanded to 8.5% in March, a 40-year high.

The market generally believes that the high inflation rate in the United States is caused by multiple factors such as the conflict between Russia and Ukraine, the disruption of the supply chain due to the epidemic, and the quantitative easing policy of the United States.

At the same time, in the first quarter of 2022, the real GDP of the United States fell by 1.4% year-on-year, far lower than the 6.9% in the fourth quarter of last year. This is the first time that the US economy has shrunk since the second quarter of 2020, and it is also the weakest one. quarter.

Under the double attack of "recession" and "inflation", the United States is in a dilemma.

However, in the face of soaring prices and public grievances, tightening monetary policy seems to be the only and inevitable choice for the Fed.

After the announcement of the rate hike this time, Federal Reserve Chairman Powell said that he would continue to consider raising interest rates by 50 basis points in the future.

So, can the "combination punch" of raising interest rates and shrinking the balance sheet put out the high inflation rate in the United States?

Luo Zhiheng, chief economist of Yuekai Securities and dean of the research institute, said that despite short-term interest rate hikes and watch-shrinking boots, high inflation pressure in the United States will continue throughout the year.

Li Xunlei believes that in the

short term, the U.S. inflation rate may continue to rise in April, hitting a new high.

However, it may start to fall back in May or June at the latest. Of course, the process of falling back will be very slow.

Data map: People line up for testing at a new coronavirus testing point in Times Square in New York, the United States.

Although this interest rate meeting marks the acceleration of the Fed's aggressive monetary tightening policy, it also has a "moderate" side.

When it comes to the future rate hike path, Fed Chairman Powell basically denied the possibility of a follow-up rate hike of 75 basis points, saying that a 50 basis point rate hike in the next few meetings is a high probability event.

In addition, in response to concerns about the U.S. economy falling into recession, Powell once again continued to stress at the meeting that curbing inflation and that the U.S. economy can achieve a soft landing.

For example, with regard to inflation, Powell believes that the current inflation is too high and may still rise more than expected in the future, and the Fed will try its best to ensure that inflation does not become entrenched.

Regarding employment, Powell said the labor market is tight and more people may return to the job market in the future; wages are still growing rapidly, but there is no wage-price spiral.

Powell said that the U.S. economy has a good chance of achieving a soft landing and sees no signs of a U.S. recession.

As the meeting responded to the two major concerns, the capital market performed an "eagle-dove reversal".

Significantly shrinking the balance sheet, the US capital market will face more risks

"However, as interest rates continue to rise, the relatively sensitive U.S. capital market will face more risks." Li Xunlei pointed out that in the past decade, many U.S. listed companies borrowed money at very low interest rates to repurchase their own stocks and cancel them , thereby indirectly increasing the return per share.

After continuing to raise interest rates, the actual controllers of these listed companies will not be able to continue to achieve low-cost arbitrage, which will bring more challenges to the US stock market.

In addition, Luo Zhiheng predicted that the

The interest rate on the 10-year US Treasury bond may continue to rise above 3.5%.

In terms of the impact on the international foreign exchange market, Li Xunlei said that

with the pace of US dollar interest rate hikes, the US dollar index will also rise, and other currencies may be under pressure to depreciate

Analysis: The possibility of the Fed tightening policy more than expected in the future is reduced

Li Xunlei believes that the Fed's current round of interest rate hikes and balance sheet reduction cycle is expected to continue until the end of next year.

As for the rhythm of tightening, Luo Zhiheng said that the statement of the meeting deleted the description of "in the short term" from the description of the Russian-Ukrainian conflict, indicating that the geopolitical conflict and its derived risks will have a continuous impact on U.S. inflation. It shows that the uncertainty of the economy has increased, which means that the Fed's future policy will remain flexible, and the pace of the Fed's future tightening may be adjusted in accordance with economic data.

China Merchants Fund also analyzed that the inflection point of subsequent inflation is the core of the Fed's tightening policy, and there is a high probability that there will be no more than expected tightening policy.

How much does it affect China?

Luo Zhiheng told China-Singapore Finance that the Fed's accelerated monetary tightening will have spillover effects on my country through various channels such as trade exchanges, capital flows, and exchange rate fluctuations.

In Luo Zhiheng's view, the Fed will continue to fight inflation and continue to raise interest rates, the US dollar index may remain strong, and China's economy and capital market may still face greater external pressure.

"One is that after the U.S. raises interest rates, external demand slows down, my country's exports face downside risks, and the pressure for stable domestic growth increases; the second is that capital outflows affect the balance of payments and increase the risk of exchange rate depreciation; the third is that risk aversion leads to investors' risk appetite. Lower, the price of risky assets in the domestic financial market fell; fourth, the fundamentals and financing conditions of individual industries have deteriorated, which may lead to the risk of repayment of foreign debt in the US dollar." Luo Zhiheng said.

At present, inflationary pressures in China are also rising, limiting the room for adjustment by applying price policy.

In the future, China will rely more on quantitative tools such as RRR cuts, re-lending and open market operations.