Several countries around the world have put up trade barriers to the flow of export merchandise over the past two months, to protect already "scarce" supplies of food and basic goods. Economists have warned that protectionist trade policies threaten to exacerbate the global food crisis. With the Russian invasion of Ukraine, it sought 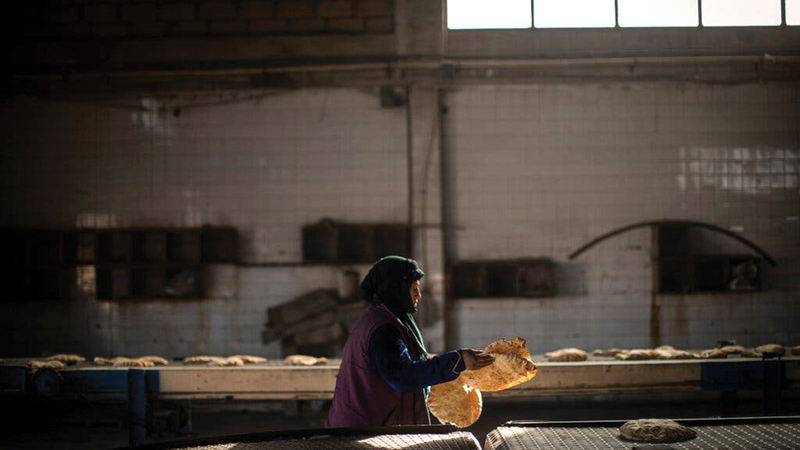 Countries tighten grip on stockpiles of goods due to Ukraine war

Restrictions on exports raise the prices of cereals and oils to record levels, which puts a burden on the world's poor.

Several countries around the world have put up trade barriers to the flow of export merchandise over the past two months, to protect already "scarce" supplies of food and basic goods.

Economists have warned that trade protectionism threatens to exacerbate the global food crisis.

With the Russian invasion of Ukraine, some countries of the world sought to secure food and other goods for their citizens, amid shortages and high prices, by curbing exports.

Indonesia, which alone produces more than half of the world's palm oil, has stopped exporting it.

Russia has banned sales of fertilizers, sugar and grain.

The current wave of trade protectionism policies is exacerbating the economic problems caused by the Corona pandemic, which world governments are already trying to alleviate, but the restrictions imposed on exports raise the prices of grains, oils, meat, fertilizers and others to record levels, which places a burden on the world’s poor, and increases the risks of unrest. social security in countries struggling with declining food security.

"The world witnessed attempts to restrict food exports before the Russian military invasion, but those attempts increased dramatically after it," said Simon Avent, professor of international trade at the University of "St. Gallen" in Switzerland.

"The new trade barriers come at a time when the war in Ukraine and sanctions against Russia are straining supply chains already in chaos due to the coronavirus pandemic," he added.

Russia is the world's largest exporter of wheat, iron ore, nickel and natural gas, and a major supplier of coal, crude oil and fertilizers.

Ukraine is also the world's largest exporter of sunflower oil, and an important exporter of wheat, iron ore, corn and barley.

US Treasury Secretary Janet Yellen has warned of a global trend of trade protectionism.

The American newspaper "New York Times" says, "Protectional measures are moving from one country to another. China has issued instructions to stop selling fertilizers to other countries, in order to maintain supplies at home."

Chad Bown, a fellow at the Peterson Institute for International Economics, said that after Russia cut off fertilizer exports, the ban imposed by China on its exports would be more harmful, noting that "China's decision to withdraw fertilizer supplies from global markets to ensure its food security reinforces the problem." .

Indonesia's restrictions on palm oil are also in line with its attempt to keep oil prices affordable for Indonesian households, and these measures will further skyrocket the prices of vegetable oils in the world, spurred by the interruption of supplies from Ukraine, the world's largest producer of sun seed oil.

For its part, the World Trade Organization urged member states to prevent export restrictions and the sharing of any food reserves, in an attempt to prevent prices from rising.

A prolonged war in Ukraine, or the addition of new sanctions on Russia, may lead to further price hikes.

A World Bank report showed that the war changed trade patterns, in ways that would keep commodity prices high until the end of 2024, prompting some countries to search for other sources of goods, such as buying coal from faraway countries, such as Colombia and the United States, to avoid buying from Russia. .

Higher energy costs increase the prices of fertilizers that are produced with natural gas, which leads to higher prices for agricultural products.

The rise in wheat prices also led to a rise in the price of rice as an alternative.

The World Bank has estimated that the prices of non-energy commodities, such as agricultural products and minerals, will rise by about 20% this year, before declining in the following years, while wheat prices are expected to rise more than 40% to reach their highest levels this year.