The European Commission finds that Apple is abusing its "dominant position in the mobile wallet markets" by preventing competing solutions from working on its devices.&nbsp;The EU executive has already pinned Apple last year for anti-competitive practices in the online music market. 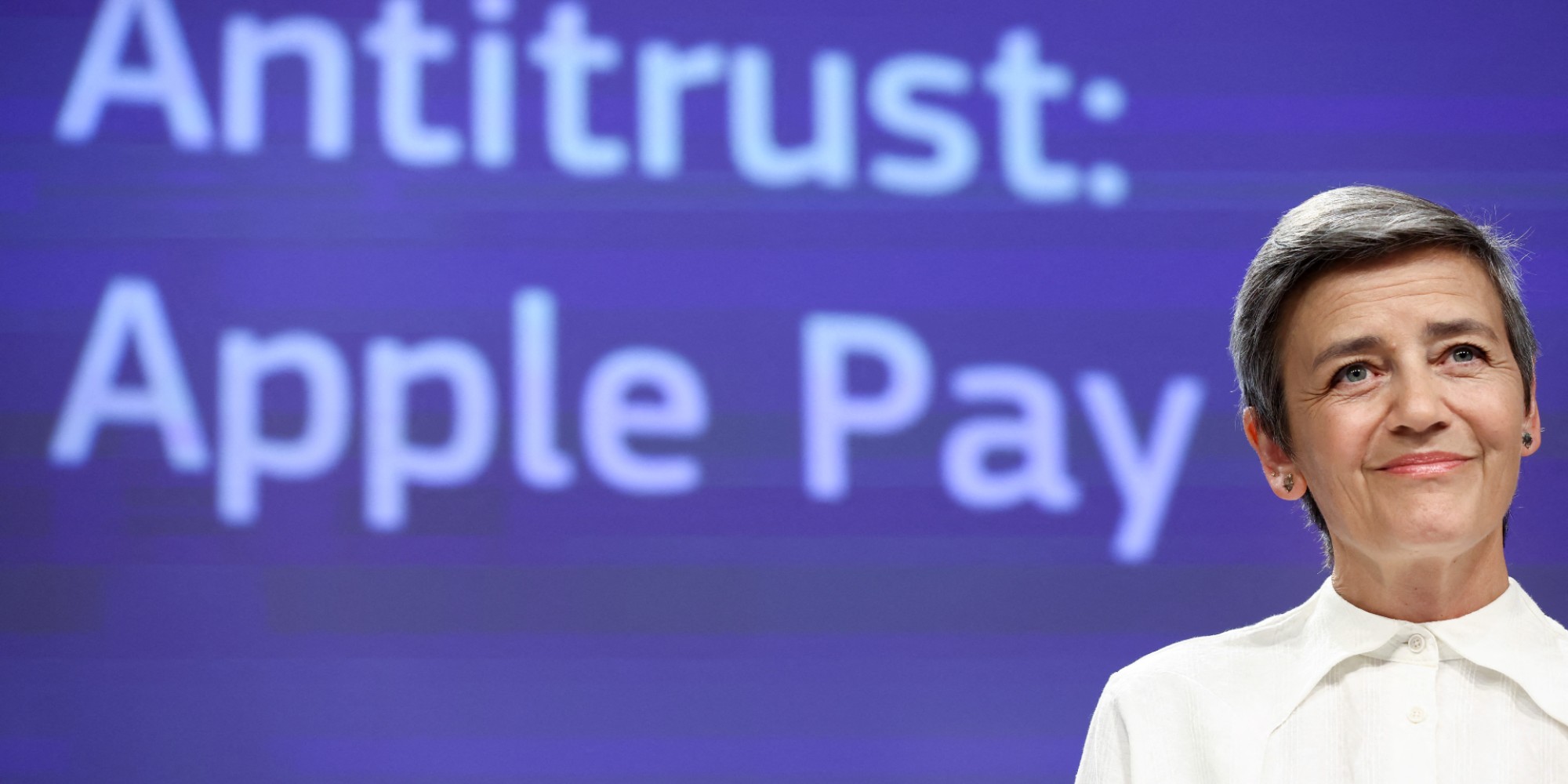 The European Commission believes that Apple is abusing "its dominant position in the mobile wallet markets" by preventing competing solutions from working on its devices.

The European Commission on Monday accused the American giant Apple of blocking competition in contactless payment systems, by imposing its Apple Pay service on users of its mobile phones.

The EU executive said the iPhone maker was "abusing its dominant position in mobile wallet markets" by preventing competing solutions from working on its devices.

The Commission, guardian of competition in the EU, had already pinned Apple last year for anti-competitive practices in the online music market, one of the many files having opposed it to American giants of technology.

Regarding Apple Pay, Brussels opened an investigation in June 2020 after complaints from European banks.

On Monday, she notified Apple in writing of the grievances against her.

This is a formal step that does not prejudge the outcome of the investigations.

The company now has access to the file and will be able to respond to the accusations made.

Launched in 2014, this service allows holders of Apple brand devices to make payments in stores by simply holding their device near the terminals used for credit cards.

"We have evidence that Apple has restricted third-party access to key technology needed to develop competing mobile wallet solutions on Apple devices...for the benefit of Apple Pay," said Competition Commissioner Margrethe Vestager at a press conference.

Any bank wishing to use NFC must go through Apple Pay

) technology fitted to the iPhone or iPad to exchange the data necessary for contactless payment in stores or online, underlines the Commission.

Thus, any bank wishing to use this technology on these devices must go through Apple Pay, for a fee.

"Apple has built a closed ecosystem around its devices and its iOS operating system. Apple controls the gates of this ecosystem, setting the rules of the game for anyone who wants to reach" its users, lamented Margrethe Vestager.

, DMA), finalized at the end of March, which aims to prevent the giants of the sector from ousting smaller players by unfair methods. .

Increase in amounts, contactless, online purchases: the blue card is on the rise

Fines of up to 10% of Apple's annual revenue

For its part, Apple justifies access restrictions by its concern to ensure security for its customers.

"Apple Pay is just one of the many options available to European consumers for making payments," the Apple brand responded in a statement.

“We will continue to work with the Commission to ensure that European consumers have access to the payment option of their choice in a safe and secure environment,” she added.

No deadline has been set for the continuation of the EU investigation.

If Apple is found guilty, it will have to remedy its practices or face fines of up to 10% of its annual turnover.