Consumers: Eid al-Fitr discounts are “few” .. and increases of up to 20% on the most popular goods

Consumers in Abu Dhabi criticized the failure of shops in a large number of commercial centers in Abu Dhabi to offer discounts on the most important commodities on which purchases are focused during Eid al-Fitr, especially clothes for children, women and men, shoes, bags, electronics and toys. 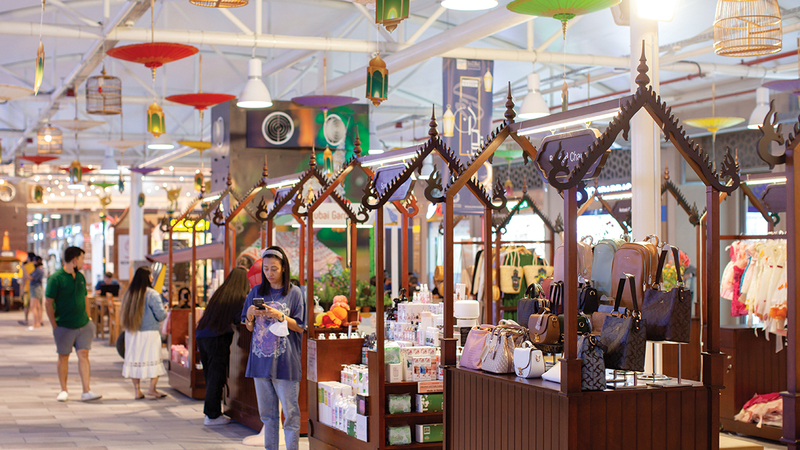 Consumers: Eid al-Fitr discounts are “few” .. and increases of up to 20% on the most popular goods

Discount offers in malls are very few and limited compared to previous years.

Consumers in Abu Dhabi criticized the failure of shops in a large number of commercial centers in Abu Dhabi to offer discounts on the most important commodities on which purchases are focused during Eid al-Fitr, especially clothes for children, women and men, shoes, bags, electronics and toys.

They explained that the offers of discounts in general in commercial centers are very few, and limited, during the period of Eid al-Fitr, unlike what was the case during previous years, demanding that there be discounts on goods to reduce their burdens, especially since they noticed increases in the prices of many goods on which purchases are concentrated during Eid al-Fitr with rates of up to 20%.

A tour of "Emirates Today", in a number of commercial centers, showed that very few stores offered discounts, most of which were concentrated in furniture and furnishing stores, while most stores refrained from offering discounts, at a time when centers were crowded with families seeking to buy Feast needs until late at night.

Two officials in commercial centers in Abu Dhabi attributed the current situation to the improvement in economic conditions, and the escalation of the “high prices” conditions globally, which affected most commodities and the recent completion of the “spring period” cuts, noting that the challenge facing many stores is not to raise commodity prices. , despite the high cost of freight and raw materials.

In detail, the consumer, Fatima Hassan, said that she was "surprised that there were no discounts on the basic needs of the Eid, especially fabrics, clothes, bags and shoes for women, children and men, in addition to children's toys."

She added that "the reductions are very few in general, as a limited number of stores, such as furniture stores, offered discounts, unlike previous years," calling for discounts to be offered on basic products that families need during the Eid holiday, to reduce the burdens, in light of the high prices of many commodities during the holiday. current period.

She indicated that she had noticed increases in the prices of goods, such as some clothes, bags, shoes, and household items, by up to 20% during the last period.

The consumer, Mustafa Anwar, said that he took the family to a mall to buy Eid needs, but he was surprised that there were no discounts on the goods he wanted to buy, especially clothes, fabrics, bags, shoes, mobile phones and electronics in general.

He pointed out that he thought that the mall refrained from offering discounts for one reason or another, but when he went to another mall, he was also surprised that there were no discounts on most goods, with the exception of very few shops, which sell goods that do not constitute a priority for him, during the Eid holiday, such as furniture. In addition, the discount offers have been available in advance, for weeks.

And he demanded that discounts be offered on the goods that are in high demand, and that families need during the Eid holiday, to ease the burdens on families, in light of the high inflation witnessed in various countries of the world currently, especially with the rise in the prices of many goods that families need for Eid Al-Fitr, up to 15% At least, as a result of what shop workers described as international conditions

The consumer, Naim Issa, agreed with the previous opinion about the high prices of goods that consumers accept during the Eid al-Fitr holiday, and the lack of discounts on many of these goods in commercial centers in general, most notably clothes, especially children’s and women’s clothes, toys and electronics in general, Unlike in previous years.

He called for discounts to help meet the needs of families at reasonable prices, especially with the current rise in international prices, noting that during the recent period, the prices of many commodities, especially clothes and electrical appliances, increased by 20%.

For his part, an official in a commercial center in Abu Dhabi, Tawfiq Abboud, said that “the shops submit requests to the management of the center, if they wish to offer discounts, and the center’s role is focused on approving the request and providing various facilities,” pointing out that shops offer discounts. , but not a large number, which occurred during the past years, which he attributed to the improvement of economic conditions and the escalation of “high prices” conditions globally, which affected most commodities, due to the high prices of oil, shipping and raw materials.

Another official in the management of a shopping center (SA), added that "many shops have ended days of the spring sale period, and therefore it is difficult in these difficult circumstances to enter into successive and close discount campaigns."

He pointed out that the conditions of "high prices" globally, were reflected in the markets, as the challenge facing many stores is not to raise the prices of goods, despite the high costs related to shipping and raw materials.

• Absence of discounts on the goods that most purchases are made during Eid, most notably children's, women's and men's clothing, shoes, bags and electronics.

• Demands to offer discounts on commodities to reduce burdens on families, after the prices of many products increased.