The Government did not present its new macroeconomic table this Tuesday as it would be the usual after, among other factors, the clash in the last days of the Ministry of Economy... 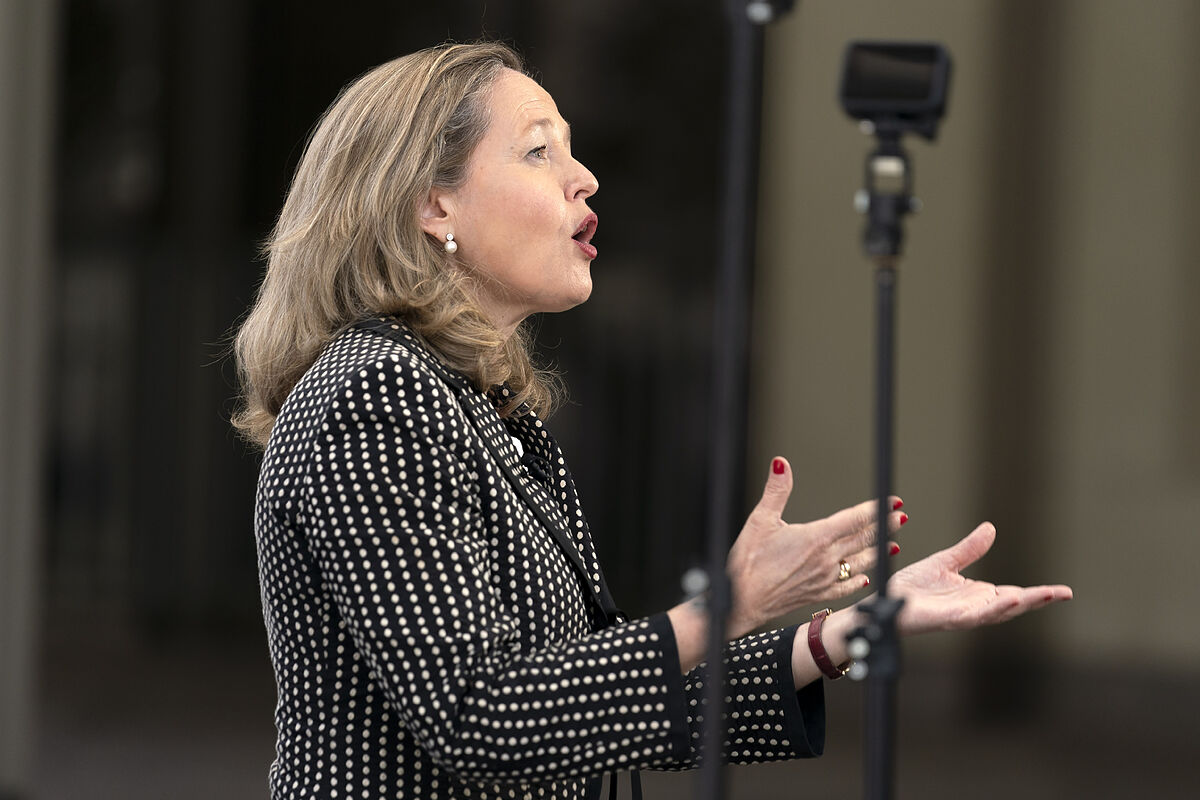 The Government did not present its new macroeconomic table on Tuesday as would be usual after, among other factors, the clash in recent days between the Ministry of Economy and the Independent Authority for Fiscal Responsibility (AIReF) over what new forecasts to make official, according to knowledgeable sources consulted for this diary.

, already spoke out last week in Washington in favor of endorsing the forecast of the International Monetary Fund for Spain for 2022, which is 4.8%.

Although it considerably lowers the 7% that Calviño maintains since last year as an official forecast, the IMF's bet is in the highest band of the consensus on the prospects for the Spanish economy and allows more coverage to be given to public spending committed by the coalition government for this year.

In addition, it is the closest figure to 5% annual growth that the vice president has publicly predicted in recent months

Another element is that Calviño is currently president of the IMF's Monetary and Financial Committee and it would be consistent for his official forecast in Spain to agree with that of the Fund.

However, AIReF defends a growth of 4.3% for 2022 as the official forecast for the Spanish economy, even below the 4.5% that, at most, the Bank of Spain predicts.

Below both official bodies is the respected team of economists from the Fundación de Cajas de Ahorros (Funcas), which fears only 4.2%.

For its part, the Institute of Economic Studies linked to CEOE, which exhibited a high level of success in the pandemic, coincides with AIReF in no more than 4.3%.

The Fiscal Authority has a less optimistic view than the IMF after verifying an economic slowdown in the first quarter and data that point to a stagnation in the second.

In a movement in which Calviño marked territory, AIReF announced on April 7 that it was reducing its forecasts to the aforementioned 4.3% due to the worsening of the problem of energy inflation after the invasion of Ukraine that is affecting the Spanish economy, according to his analysis, more than other European ones.

In addition, he does not believe that the European funds this year, which, according to Calviño, acquire "cruising speed" will have the expected effect.

The problem for the Ministry of Economy is that it needs the official endorsement of AIReF to be able to present the macroeconomic picture.

You must send it this week at the latest to the European Commission within the update of the stability program that all member states must present within the coordination obligations of the so-called European Semester.

For the European Commission, the endorsement of AIReF is key and it usually follows its recommendations.

In fact, the Spanish Tax Authority was created at the request of Brussels so that there would be a national supervisor of government accounts.

Until now, AIReF has always endorsed the macroeconomic charts of successive governments, although in the last one of last September, the president,

, clarified that she had supported it before knowing an update of the Gross Domestic Product of the National Institute of Statistics.

After meeting her, she implied that she would not have endorsed the official forecast of the central government as inflated.

Calviño then presented that macro table 48 hours before the INE data was revealed, which caused strong controversy.

He assumed that the draft General State Budgets were accompanied by official forecasts that the INE itself had dismantled as unrealistic.

The intention of the vice president was to go ahead this week, again, to the INE and not wait for the progress of the national accounts for the first quarter and the Active Population Survey to be made public this week, but finally she will hurry up and send the document in Brussels later.

She herself justified on Onda Cero this Tuesday the delay in the presentation in that "it is better that we integrate all the available information" in reference to both data from the INE.

But when she announced that the procedure would be this Tuesday in the Council of Ministers, the INE publication schedule was already known.

as there is still time until the 30th, which is already the deadline to send the document to Brussels.

A key difference is that the Government bets that the European funds will contribute 2.5 points to the national GDP, but the Tax Authority foresees a maximum of 1.8%.

If the State fails miserably in execution as it did in 2021 and there is no contribution to GDP, the Spanish economy will grow only in 2022, according to AIReF accounts, barely 2.5%.