The first round of land auctions in 2022 is in full swing. Which cities do real estate companies like to acquire land in?

Zhongxin Finance, April 26 (Zuo Yukun) The temperature is gradually rising, and the first round of centralized land supply in 2022 is more than halfway through.   In the second year of the new model of "two-concentration" land supply, the land market was calm and stabilized at the end of last year, and the favorable policies of the real estate market continued to be released. How hot is the lan 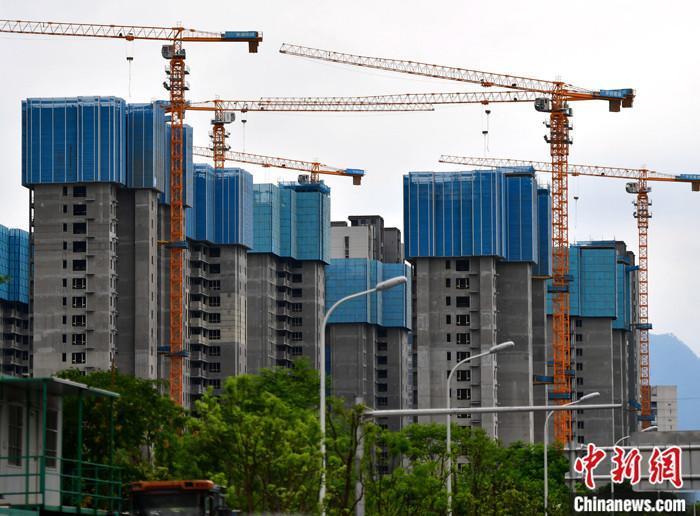 Zhongxin Finance, April 26 (Zuo Yukun) The temperature is gradually rising, and the first round of centralized land supply in 2022 is more than halfway through.

In the second year of the new model of "two-concentration" land supply, the land market was calm and stabilized at the end of last year, and the favorable policies of the real estate market continued to be released.

How hot is the land market auction this year?

What new features have appeared?

The centralized land supply in 2022 will start earlier than in 2021.

Since the "two-concentration" policy in 2021 was released at the end of February, the first batch of land supply will be mainly concentrated in March and April.

In contrast, many cities started earlier this year.

It was Beijing that took the lead.

Along with the advance of the first round of batches, is the change in the rhythm of land supply in multiple places.

Unlike the unified "land sales only three times a year" in 2021, the land supply in some cities has increased from three batches to four batches this year.

Qingdao, Wuhan, Xiamen, Chongqing and Jinan have all made clear their annual land supply plans to supply land in four batches.

"The advance of the first batch is conducive to rationally arranging the land supply plan and avoiding the big fluctuations in market supply and demand. The increase in the number of land supply batches reduces the pressure on land supply in each batch, which facilitates the flexible response of real estate companies and is conducive to the stability of the land market." express.

The increase in batches has also triggered a dispersion of supply area.

The scale of the first batch of centralized land supply in most cities this year has been significantly reduced compared with the first batch of last year. Beijing, Qingdao, Chongqing, Changsha and other places have reduced their scale by more than half, and Wuhan's year-on-year reduction is even more than 90%.

"This reflects that the current market is still in a recovery period, and when the sentiment of the property market has not yet fully improved, the centralized land supply is also in a cautious state." Guan Rongxue, an analyst at the Zhuge Housing Data Research Center, believes that the reduction in the supply scale has become the first round of centralized land supply this year. The general situation of land supply may be related to the increase of supply batches in many places. As the number of cities that carry out land supply plans gradually increases, the supply scale is expected to show a steady upward trend.

Data map: A commercial residential building in the city center.

Although the first round of soil auctions has an obvious meaning, the improvement of the rules on the land supply side has shown sincerity. Lowering the threshold, increasing profits, lottery and lottery have basically become standard.

First of all, the development qualifications of real estate enterprises in some cities have been relaxed, and the entry threshold has been further lowered.

Lowering the margin ratio is also an option for many cities.

A more prominent feature is that almost all cities have tacitly abandoned the previous model of "competition for self-sustainability and competition for construction", especially for affordable housing.

In recent years, local governments have successively adopted a series of land price stabilization policies such as “competition for self-sustainability and competition for construction” in response to excessive land prices. These intensive control policies have indeed caused the overall heat of the land market to subside. The phenomenon is under control.

However, this year, in order to wake up the market, the requirements for construction in various places have been reduced, and the profit margins of real estate companies have further increased.

The heat is clearly differentiated, and state-owned enterprises are still the main force

Reflected in terms of market heat, the heat difference between cities is obvious.

In the first round of centralized land supply, Hefei's performance was quite outstanding. The auction of high-quality land plots was very hot, and 15 of the 19 land plots reached the maximum price and entered the stage of bidding for high-quality residential plans.

Zhang Bo, director of the branch of 58 Anju Room Property Research Institute, pointed out that the popularity of this centralized land supply in Hefei is mainly due to the sincerity of the Hefei Municipal Government in this land transfer.

Hangzhou, which had just completed the first round of land supply on April 25, also performed well, with 82.7 billion in gold.

However, the popularity of land auctions in some cities with large inventories or the market is in a period of adjustment remains low.

Tianjin, Fuzhou, Xiamen, Wuhan, Chengdu, Nanjing, Dongguan and other cities are generally not very popular, and there have been large-scale transactions at the reserve price, failed auctions or termination of transfers.

Even within the same city, the differentiation of transaction heat is quite obvious.

A senior student from the executive vice president of the Zhejiang Branch of the China Index Research Institute pointed out that, taking Hangzhou as an example, one of the land for this time was swayed. Lin'an, Fuyang, and the suburbs of Xiaoshan and other areas with relatively weak detoxification capabilities; 23 cases reached the cap and entered the one-off quotation link, mainly in the Olympic Sports, Sandun, Ningwei, Liangzhu, Beibei New Town, Future Science and Technology City and other popular areas Core board.

According to the Middle Finger Research Institute, judging from the results of taking the lead in completing the first round of land auctions, real estate companies clearly tend to acquire land in the three categories of "traditional high-value", "good planning" and "high detoxification efficiency".

There are also real estate companies that have acquired land that have also exposed the unevenness of cold and heat.

In this year's centralized land supply transactions, central state-owned enterprises are still the main ones who have the strength to participate in the competition.

"From the perspective of the recent mentality of real estate companies, it is more reflected in preventing the emergence of debt risks and actively promoting the stability of corporate funds." Yan Yuejin, research director of the Think Tank Center of E-House Research Institute, believes that the performance of the land auction market this time, It also shows that there are still differences or divergences between the markets.

"Judging from the transaction situation, real estate companies are still cautious in acquiring land, and with the current repeated epidemics in many places, there is still great uncertainty in market expectations. There may be limited room for improvement in the overall market popularity." The Middle Finger Research Institute believes.