“There are no queues”: why the easing of currency restrictions in Russia did not cause a stir among Russians

Exactly a week has passed since the Central Bank again allowed Russians to buy foreign currency at bank cash desks. At the same time, the easing of restrictions on the financial market did not lead to an excessive demand for dollars and euros from citizens. As experts explain, credit institutions often do not have the required amount of cash currency: customers have to order it. Analysts also remind about dollar inflation. 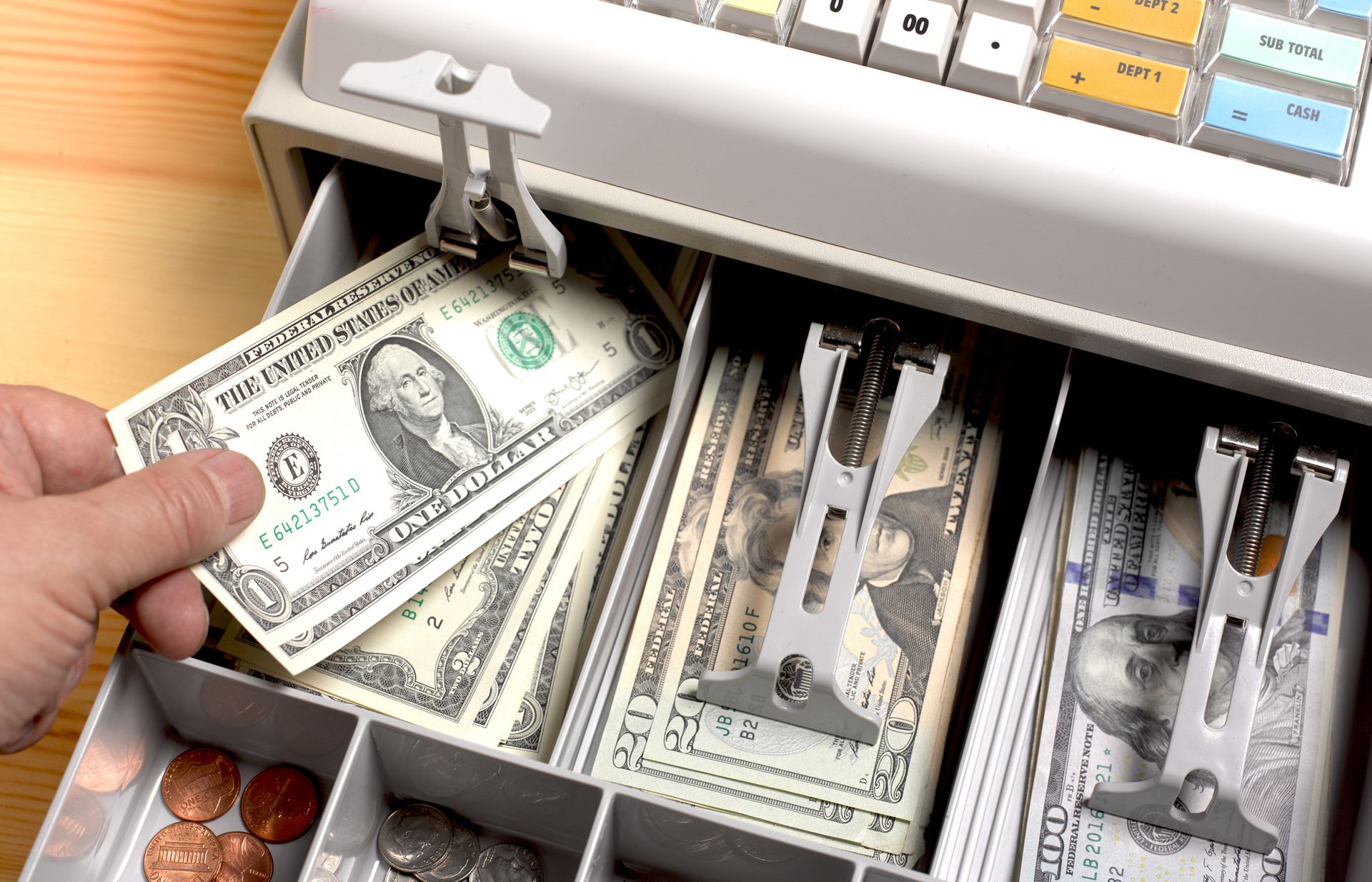 On Monday, April 25, the Russian currency is strengthening on the Moscow Exchange.

In general, over the past week, the national currency has risen in price by about 8% against the US and European.

It is curious that the ruble managed to strengthen even against the backdrop of easing foreign exchange restrictions in Russia.

Recall that from April 18, the Central Bank again allowed citizens to buy cash dollars and euros in banks.

However, the initiative did not lead to excitement among the population, experts say.

“This time, there is no rush demand, since banks often do not have the required amount of cash currency.

The fact is that the Central Bank allowed to sell only those dollars and euros that came to the cash desks of banks from April 9.

It’s far from always possible to buy currency, and, as a rule, you need to order it, ”Artyom Deev, head of the AMarkets analytical department, explained to RT.

A similar assessment was shared with RT by the head of the information and analytical content department of BCS World of Investments, Vasily Karpunin.

According to him, now many citizens are not yet able to find banks where they could buy foreign currency at an acceptable rate.

“Besides, it is not very clear to many what to do with cash now.

It seems that it is only needed abroad or for quiet storage under the pillow.

However, dollar inflation is now at its highest in decades.

Therefore, many have no desire to go into the cache, ”the specialist added.

It should be noted that from April 18, Sberbank, for example, began selling cash to citizens.

All customers can purchase dollars and euros in large branches of the bank if they are available at the cash desks.

The addresses of offices where the currency is sold can be found on the official website of Sberbank.

This was reported to RT in the press service of the organization.

As an employee of Sberbank clarified in a conversation with an RT correspondent, only the cash currency that customers previously brought to the cash desk is sold in branches.

In this regard, each branch has its own limit on the issuance of dollars and euros.

If the limit allows you to sell the currency, then the operation will be carried out, but you can still buy no more than $10,000.

At the time of the appearance of the RT correspondent at the Sberbank branch, there was currency in the cash desk of the office.

You can also buy foreign currency in the branches of the ICD.

When an RT correspondent appeared at the bank's office, cash was present at the cash desk, but the office staff did not specify the maximum amount that could be changed.

In the case of the euro, the rates were 89 and 78 rubles, respectively.

“Now there is a moderate demand for transactions for the purchase of cash currency, there are no queues at the bank branches.

Clients can check by phone about the availability of the amount of interest before the visit, ”RT was told in the press service of the ICD.

The absence of high demand for foreign currency is also noted in Otkritie Bank.

The organization's offices also sell dollars and euros that have been in the box office since April 9.

“We see a demand for the purchase of cash currency by citizens, but it is not rushed.

Both current customers of the bank and non-customers can buy cash in Otkritie, ”the bank’s press service noted.

The maximum amount of currency purchase must be specified directly at the cash desk of the branch.

Meanwhile, representatives of the organization noted that cash at the box office is not always available.

So, the RT correspondent failed to purchase the currency.

At the same time, for example, UniCredit Bank stated that they had not yet received permission from their management to sell foreign currency.

Cash desks of branches work only for the redemption of dollars and euros from citizens.

Employees of Rosbank offices also did not receive orders to sell cash to the population.

This was told to RT by representatives of organizations.

As RT was told in Raiffeisenbank, the Central Bank's concessions are advisory in nature, so the bank decided not to conduct transactions related to the sale and purchase of foreign cash.

Relatively small financial institutions, such as CentroCredit Bank, have confirmed that they provide currency exchange services.

It was offered to buy dollars at 84.5 rubles, and euros at 90 rubles, but at the time the RT correspondent appeared in the bank, there was no cash at the office cash desk.

Note that at the moment you can exchange rubles for dollars and euros through the exchange.

So, from April 11, the Bank of Russia canceled the commission of 12% for the purchase of foreign currency through brokers.

In addition, the regulator somewhat eased restrictions on the withdrawal of foreign currency from bank accounts.

Citizens who had currency accounts or deposits opened before March 9, 2022 can receive both dollars and euros in banknotes.

At the same time, until September 9, you can withdraw currency in the equivalent of no more than $10,000, and the rest of the funds - in rubles.

“The current restrictions on the withdrawal of cash from bank deposits may last until the end of the year.

This is largely due to the fact that, due to sanctions, the import of cash dollars and euros into Russia is still prohibited, ”Natalia Milchakova, a leading analyst at Freedom Finance IC, said in a conversation with RT.

Recall that since the end of February, the European Union, the United States and a number of other states continue to impose new economic sanctions against Russia.

This is how the West reacts to Moscow's special operation to protect the Donbass republics from aggression from Ukraine.

In addition to the ban on the import of cash dollars and euros into Russia, the sanctions affected the country's banking industry, energy sector and trade.

Along with this, almost half of the country's gold and foreign exchange reserves (worth $300 billion) were frozen, and many international companies announced their withdrawal from the Russian Federation.

Initially, the actions of Western countries caused an emotional reaction from the Russian market.

If at the time of the announcement of the first restrictive measures, the dollar exchange rate fluctuated in the range of 76-80 rubles, and the euro exchange rate in the region of 86-91 rubles, then already in early March the values ​​briefly rose above 121 and 132 rubles, respectively.

To stabilize the situation, the Central Bank and the government have taken a whole range of measures.

Thus, the authorities obliged exporters to sell 80% of their foreign exchange earnings and canceled VAT for citizens when buying gold.

Along with this, the Central Bank temporarily raised the key rate to 20% per annum, limited the withdrawal of capital abroad, closed access for foreigners to exchange trading, and introduced a temporary procedure for handling cash in the country.

Due to the initiatives of the authorities, the ruble has managed to fully win back all sanctions losses.

According to Natalia Milchakova, in the coming days, the dollar may consolidate in the range of 74-78 rubles, and the euro - around 80-85 rubles.

A similar assessment is shared by Artyom Deev.

“It is likely that until the May long weekend, the ruble will continue to strengthen.

The tax period, when exporting companies transfer taxes and excises to the budget, supports the national currency.

In addition, the geopolitical background now looks stable, and the inflation rate in the country has significantly weakened.

This means that the dollar exchange rate is likely to continue to remain below 75 rubles, and the euro - at the level of 81-83 rubles," concluded Deev.