Emirates Airlines expected that its flights to some destinations during the Eid al-Fitr holiday will record occupancy rates of up to 100%. It revealed that the airline’s recruitment doors are open, especially in the areas of flight crews and pilots, to keep pace with plans to return to work with full operational capacity during the coming period. 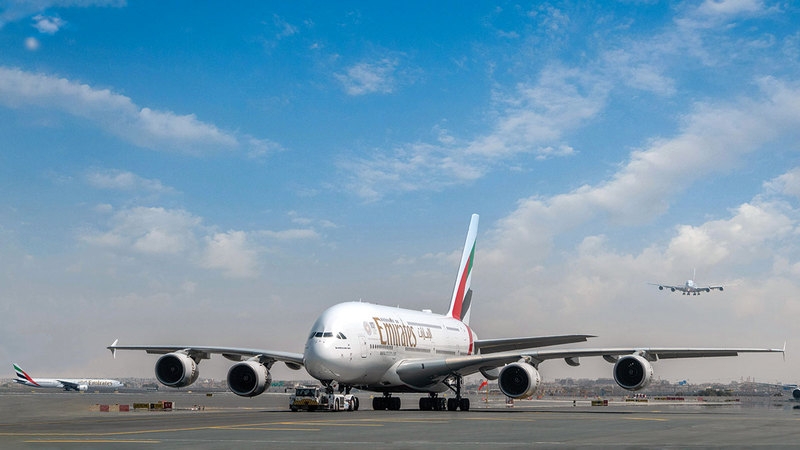 «Emirates Airlines»: working in full operational capacity, starting from mid-2023. From the source

Emirates Airlines expected that its flights to some destinations during the Eid Al-Fitr holiday would record occupancy rates of up to 100%.

She revealed that the airline's recruitment doors are open, especially in the fields of flight crews and pilots, to keep pace with plans to return to work with full operational capacity during the coming period, which is expected to reach 85% with the start of the winter schedule of flights, at a time when the airline plans to introduce more A-planes. 380» giant for service.

The CEO of Emirates Airlines commercial operations, Adnan Kazim, said that the carrier has recovered about 70% of its operating capacity during the current period, compared to levels before the “Covid-19” pandemic, noting that the carrier continues to continuously increase its operations within its global network, To keep up with the strong demand for travel.

Kazem added in statements to the media, that with the approach of the current summer season, it is expected that the airline's operating levels will rise to 75%, to gradually reach 85% with the start of the winter schedule of flights, noting that «Emirates Airlines» is preparing to return to work in full. Its operational capacity, i.e. pre-pandemic levels, starting from the second half of 2023.

He stated that the carrier has fully resumed its flights to some destinations such as the Indian market, as it currently operates 171 flights per week, which are the levels before the “Covid-19” pandemic itself, in addition to the Gulf destinations that have fully returned to work, adding that the operating capacity of the carrier’s flights has reached About 80% for the European market, and about 95% for the US market.

Kazem confirmed that the airline is recording strong occupancy levels on its current flights within its global network, at a rate of more than 70%, noting that this demand continues during the month of Ramadan, unlike previous years, when it is witnessing a significant increase in the percentage of reservations.

He pointed out that «Emirates» operates 110 flights a week to the United Kingdom, by almost 100% occupancy.

Kazim said that about 60% of total passengers on the flights «Emirates» choose Dubai and the final destination for them, has contributed to increasing tourism momentum in the emirate, noting that with the return of many destinations, and the opening of markets, Dubai is witnessing a tourism activity has, in check time which hotels strong occupancy levels.

Kazem stressed that the indicators indicate a significant increase in the demand for travel during the summer, pointing out that the company resorted, accordingly, to distributing seat capacity and planes to some destinations to keep pace with the demand.

He explained that some destinations account for a large proportion of the volume of demand, such as Egypt, Jordan, African countries in general, India, Pakistan, and others.

On the demand for travel during the Eid al-Fitr holiday, Kazem said that the demand is focused on flights from Dubai and Islamic countries, and island destinations, such as the Maldives, Mauritius and Seychelles, account for a percentage of reservations, expecting that the occupancy rate during the Eid al-Fitr holiday will reach These destinations reach 100%, as the purpose of travel is divided between tourism, entertainment, and the return of residents.

Kazem attributed the high prices of airline tickets during the current period to reasons beyond the company's control, including the high fuel costs, noting that the carrier bears part of the high fuel costs to provide suitable prices, while the other part is charged within the ticket fees.

He revealed that the cost of fuel currently amounts to about 30% of the company's total operating costs.

Kazem stressed that the doors to employment in «Emirates Airlines» are open, especially in the fields of flight crews and pilots, in order to keep pace with plans to return to work with full operational capacity during the coming period.

He added that "Emirates Airlines" covers its need of human cadres, according to a specific timetable that aligns with these plans, explaining that the recruitment process goes through a number of stages, and needs training and qualification.

Kazim stressed that the performance of the shipping sector outstanding and at the same levels that arrived during the pandemic, said: «During the coming period will return all aircraft that have been converted for shipping, to serve passengers again, and will continue to work in shipping via passenger planes, in addition to 10 cargo planes, in the time in which the company will receive two new over the next two months ».

He expected the number of A380s in service to rise between 66 and 70 during the height of the summer, reaching, according to the plan, 85 aircraft with the start of the winter schedule of flights.

He pointed out that this will raise the seat capacity of Emirates Airlines to levels ranging between 80 and 85%, compared to pre-pandemic levels.

Kazim added that this year, there will be 120 Boeing 777 and A380 aircraft equipped with premium economy class, in addition to improvements in other cabins, expecting the conversion program to take about 18 months, and be implemented in the Emirates Engineering Center. ».