U.S. prices rise by 8% every month... How will it affect our economy?

It's friendly economy time. Today, we will be with reporter Han Ji-yeon. This is a trend that the KOSPI has been falling a bit since this month. Yesterday was also a little off. 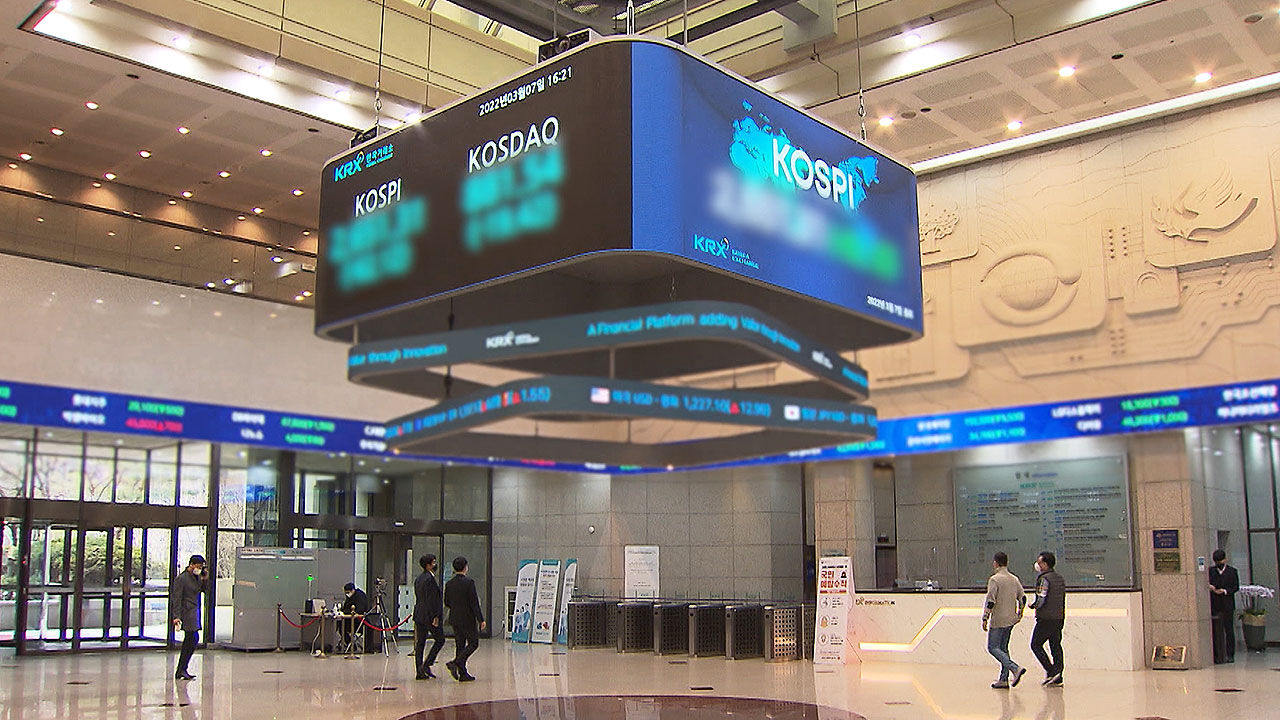 Today (the 13th) I will be with reporter Han Ji-yeon.

This is a trend that the KOSPI has been falling a bit since this month.

Yesterday was also a little off.

Yes, it closed at the 2,600 level, dropping nearly 1% from the previous trading day.

This is the second consecutive decline, and in terms of the closing price, it is the lowest figure since the 16th of last month.

The US consumer price index for March was released overnight.

Ahead of this, US Treasury yields surged on fears of inflation, putting a strain on the stock market.

Another factor that dampened investor sentiment is the spread of the corona virus in China.

After all, the stock market is bad because of inflation concerns.

Then there is a fear that inflation will occur, rather than fear that it will happen, inflation has already become visible.

So, the next step the US financial authorities can take seems to be raising interest rates.

Yes, the US Fed's FOMC will decide the base rate next month, and there was a lot of talk about whether it was a baby step or a big step, so whether to raise it by 0.25% or by 0.5% all at once.

However, in recent years, even a dove member of the Fed has been pouring out hawkish remarks, demonstrating a strong will to tighten austerity.

There are no signs of a slowdown in US inflation.

In February, the inflation rate reached a record high of 7.9%, the highest in 40 years, which is nearly twice that of Korea.

However, last month's inflation rate, announced last night, was also 8.5%, a new high for the first time in a month.

The US base rate, the 'big step', is gaining strength.

After all, the prospect that the base rate will rise in the US is very high right now, and Korea is not free from the US base rate.

It's a situation where you have no choice but to follow.

The Bank of Korea will decide the base rate tomorrow. What do you think of us?

Our prices are not cheap either.

International oil prices, raw materials, and international grain prices are all skyrocketing as they are industrial products, so prices for restaurants are rising one after another.

The cumulative inflation rate from this year to last month has already reached 3.8%.

In February, the Bank of Korea expected an inflation of 3.1% this year, but announced last week that the inflation rate in March rose by 4.1%.

And the outlook that US tightening will be aggressive will also have an impact, as if the US raises the rate to 0.5% twice in the future, it will invert our base rate.

This will drive foreign investors into higher interest rates.

Money outflows will get worse.

However, in a survey of 100 experts from the Financial Investment Association regarding this, the ratio between raise and freeze was 50/50, half-half.

Those who expected the freeze believed that it would not be too late to determine the rate after checking the extent of the US interest rate hike.

No, those opinions are divided into 50, almost half.

Yes, the average price of lunch boxes at convenience stores is 4,500 won.

The 2,900 won lunchbox, which is 1,600 won cheaper than this, is now available at convenience stores.

There are two types of rice bowls, one with fried fish cake with cheongyang pepper on top of the rice, and the other with fried sausage kimchi.

It was created by a convenience store in Korea, and it is said that a lunch box priced at 2,000 won will be released after 3 years.

[Convenience store company official: (How did you get around 2,000 won?) We lowered the unit price as much as possible by purchasing raw materials in bulk, and minimized the cooking process with a simple recipe.]

As prices continue to rise, the menu at the university cafeteria, which is said to be cheap, was 3,000 won earlier this year. It went up to 5,000 won.

A lunch box that is cheaper than school education, it would be fine for one meal.