Financial entities have increased the denial of loans to households for consumption and to companies in the face of the notable worsening of the economic situation linked to the... 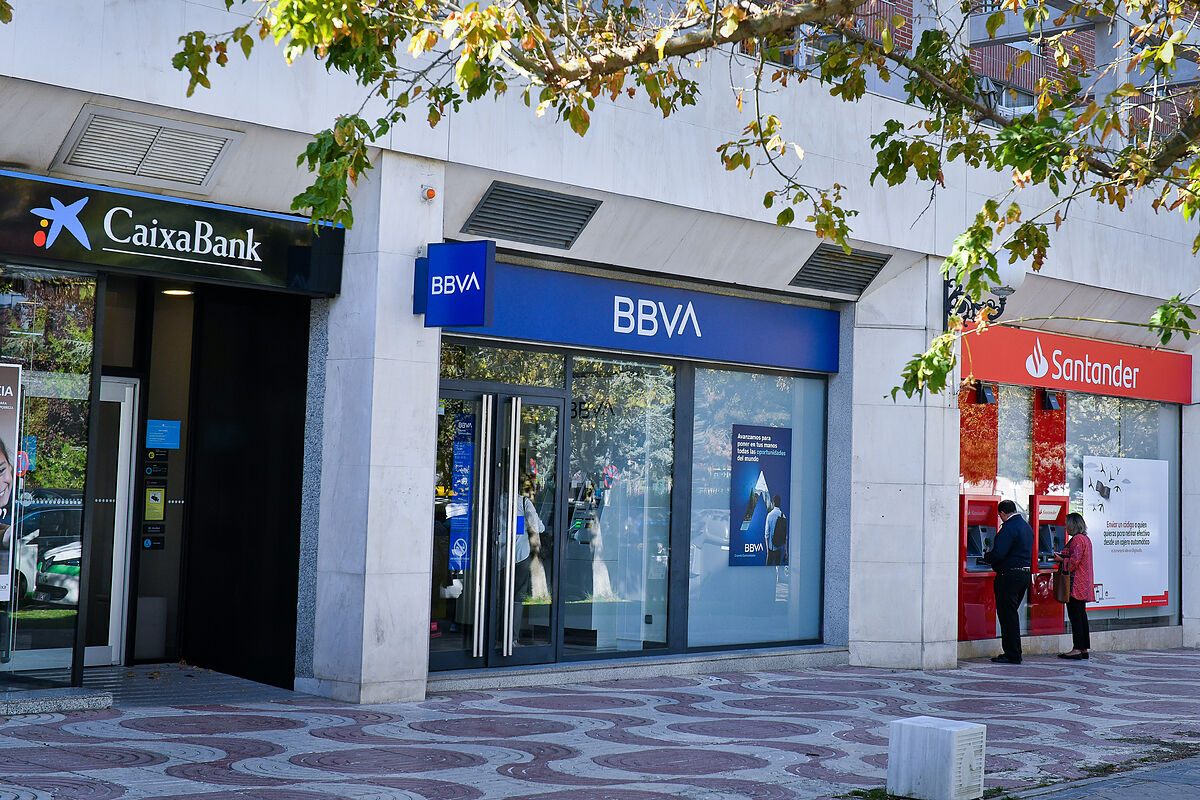 and the rise in the price of energy products.

And this is only the beginning of the tightening of credit that the financial sector expects to take place in the coming months due to the current context of uncertainty and crisis, according to the groups consulted by the

. for the first quarter of the year.

The economic outlook has suddenly worsened after almost two months of war in the heart of Europe and the first effects are beginning to be felt in the economy.

The first has been a sharp rise in inflation with price increases unknown for several decades, which has been followed by a correction in economic growth estimates for this year as a whole.

On a financial level, this will translate into a lower demand for credit by families and companies and, secondly, a general tightening of conditions for those who request financing.

That is, an increase in the cost of loans.

"For the second quarter, both in Spain and in the eurozone, a contraction in supply is anticipated, which would be more intense in financing for companies, in a context of greater uncertainty associated with the effects of the war in Ukraine", points out the body chaired by

in its latest report.

The entities confess that in recent months they have had to reject more requests for financing from their clients in the current context of uncertainty.

This can have disastrous consequences for the economy, since on the one hand it slows down investment or growth projects and, on the other hand, it can lead to suffocation for companies that request liquidity drowned by the current economic situation.

In the case of households, the denial of the loan reduces consumption and weighs down one of the main supports of economic growth.

The tightening will especially affect small and medium-sized companies, which have already had to face stricter conditions between the months of January and March.

"In line with this somewhat more restrictive context of the credit supply, the percentage of denied fund requests increased slightly," says the supervisor.

The survey published in January, referring to the last quarter of last year, revealed that denials remained unchanged in a context of fluid credit still driven by the public guarantee programs launched to combat the coronavirus pandemic.

Now, these mechanisms are losing weight and this is added to the tightening of monetary policy initiated by the central banks to reduce the dynamism of the economy and combat the rise in prices.

It is also striking that financing rejections are already extended to households, especially in loans linked to consumption of durable goods such as a vehicle, a mobile phone or an appliance.

These loans are always the first to show signs of delinquency, which is why the

has repeatedly asked the sector to be extremely cautious to prevent the current scenario of low interest rates from becoming a future solvency problem.

The survey highlights that the financing conditions of these credits remained unchanged in the first three months of the year, but "in spite of this, the percentage of requests for funds that were denied would have grown slightly during the same period."

Looking ahead to the next three months, Spanish banks are more pessimistic about the economic situation than European entities.

They all agree that there will be a generalized contraction in the supply of credit, which will be more intense in the business financing segment, and link it to the uncertainty about the impact of the war in Ukraine on credit risk and the gradual withdrawal of stimuli by the

However, while the financial groups in the Eurozone believe that their clients will continue to increase the demand for financing, especially in the case of companies, the Spanish groups predict a general decrease in the demand for credit.

This cooling would even be transferred to the

whose demand had been growing strongly encouraged by low interest rates and the greater competition between companies to fatten their client portfolios.

The fear of a new economic crisis and the consequent loss of consumer confidence could translate, according to the banks, into a drop in demand after a year of recovery.

"For the second quarter of the year, financial institutions anticipate a certain tightening of the criteria for granting loans and a drop in demand, which would interrupt the upward trend that had been recorded in this segment in the last four quarters," concludes the regulator.