Demonstration in Kabul against the treatment of Afghan refugees in Iran

On Tuesday, dozens of Afghans demonstrated in Kabul against Iran. They denounce the mistreatment inflicted on Afghan refugees. The anger escalated after the broadcast on the networks... 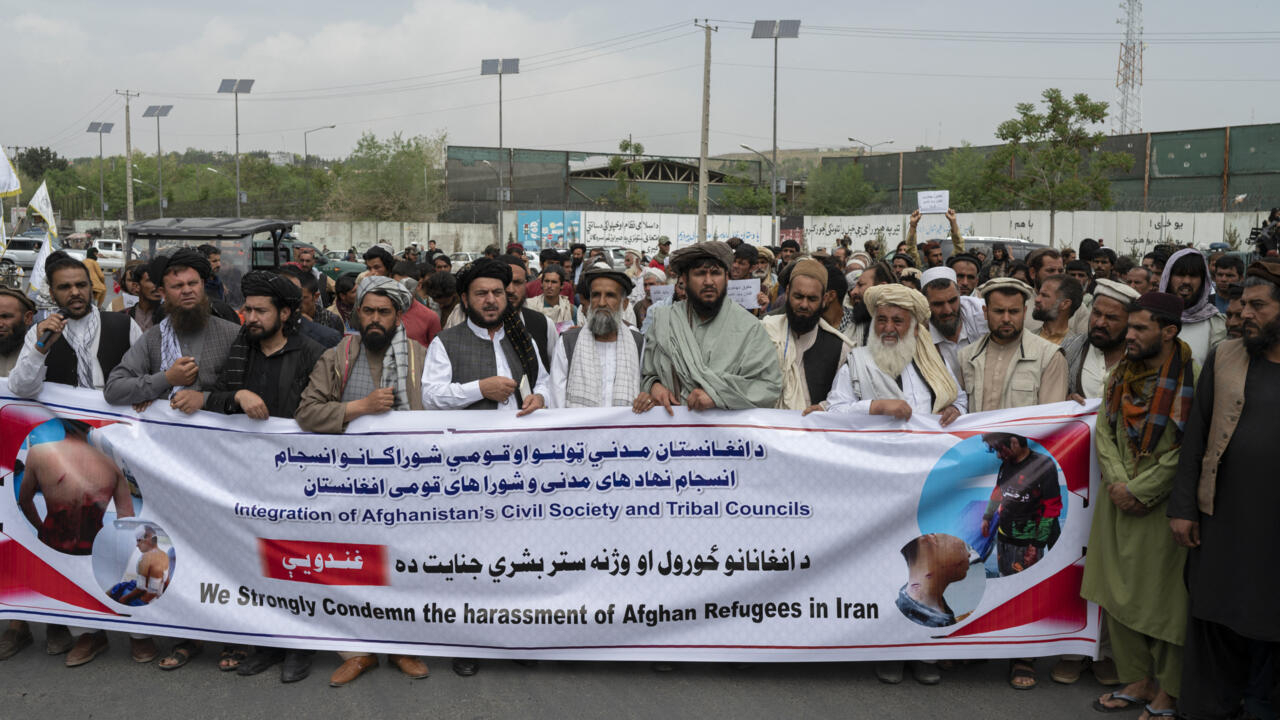 Demonstration in Kabul against the treatment of Afghan refugees in Iran

Men hold a banner during a protest against videos of alleged Afghan refugees being beaten by Iranians that have gone viral, in Ahmad Shah Massoud Square outside the US Embassy in Kabul on April 12, 2022. AFP - WAKIL KOHSAR

On Tuesday, dozens of Afghans demonstrated in Kabul against Iran.

They denounce the mistreatment inflicted on Afghan refugees.

The anger escalated after the broadcast on social networks of several videos showing Afghans being beaten by people like Iranians.

On one of them, we can see a very young man violently attacked by three men who try to force him into the trunk of their car.

Another shows figures on the ground being beaten by uniformed men who harass them, kicking them and beating them with truncheons.

The aggressors are presented as Iranians, the victims would be Afghans.

But it is very difficult to verify this information.

In a press release, the Iranian embassy in Kabul deemed them "

These videos have been circulating for several weeks and have gone viral.

They are the source of the anger that led dozens of people to demonstrate in the streets of Kabul on Tuesday, April 12.

In Herat, a few kilometers from the border with Iran, dozens of demonstrators attacked the Iranian consulate, setting fire to the building's entrance.

Since the seizure of power by the Taliban, 800,000 Afghans have fled to Iran, which

regularly accused of mistreatment and abuse.

In May 2020, 55 Afghan migrants were thrown into the Harirud River while crossing the border illegally.

Only eighteen bodies had been found.

The bodies bore signs of torture.

Also to listen: More and more Afghans fleeing their country for Europe “via” Iran