The annual report issued by the "Airports Council International" showed that Dubai International Airport retained during 2021 the first place, in the forefront of the busiest international airports around the world, for the eighth year in a row, in terms of the number of international passengers. 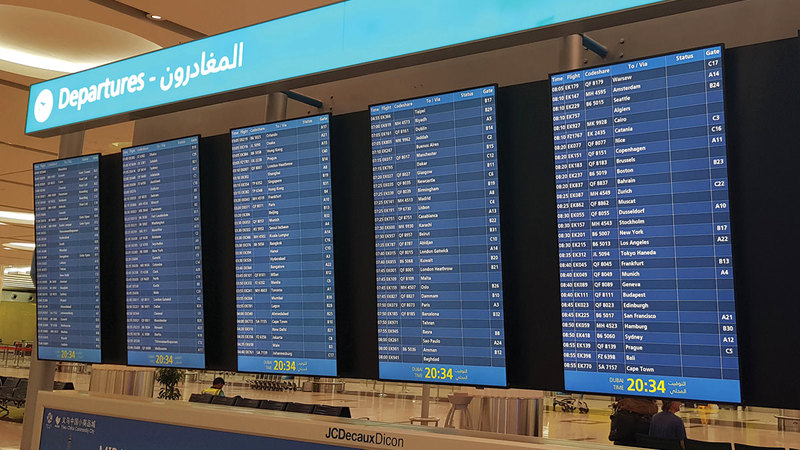 Airports Council International: busiest for the eighth year in a row

The annual report issued by the Airports Council International showed that Dubai International Airport retained, during 2021, the first place in the world's busiest international airports, for the eighth year in a row, in terms of the number of international passengers.

The aviation sector usually focuses on “international travelers” mainly while measuring the performance of air transport hubs, as they are the most influential in the movement of international trade and tourism, and they are the criterion that indicates the extent to which an airport is connected to the outside world.

Frankfurt and Paris international airports ranked fourth and fifth, with 22.7 and 22.6 million passengers each, respectively.

Passengers around the world

The Airports Council estimated the total number of passengers around the world in 2021 at about 4.5 billion passengers, which represents an increase of approximately 25% from 2020, but it is less by about 50% compared to the results of 2019, noting at the same time that the indicators for the year 2021 Encouraging signs of a recovery in traffic are showing.

The board revealed that passenger traffic at the 10 busiest airports, which collectively represents nearly 10% of global traffic (463 million passengers), recorded a gain of 51.8% from 2020, but it is still 29.1% lower compared to the results of 2019.

The council stated that the global passenger traffic rankings indicate an encouraging trend towards recovery, with most of the busiest airports before the “Covid 19” pandemic returning to the top again, and it is expected that the momentum resulting from the reopening of destinations by countries will contribute to an increase in travel traffic in half. 2nd of 2022.

And the Airports Council International indicated that air cargo volumes, which were less affected by the “Covid-19” pandemic, recorded a growth of 15% on an annual basis compared to 2020, to reach a record number estimated at 124 million metric tons in 2021.

Air freight volumes at the 10 largest airports, which collectively represent about 25% (31.5 million metric tons) of cargo volume globally in 2021, increased by 12.1% in 2021 on an annual basis, (and by 15% compared to the results of 2019), pointing out that The gains could be attributed to the continued increase in demand for consumer goods and pharmaceutical products.

Preliminary forecasts, according to Dubai Airports, indicate that annual passenger traffic at Dubai International Airport will reach 55.1 million passengers by the end of 2022.