Food and energy prices rose sharply, and the monthly CPI in many countries "exploded" 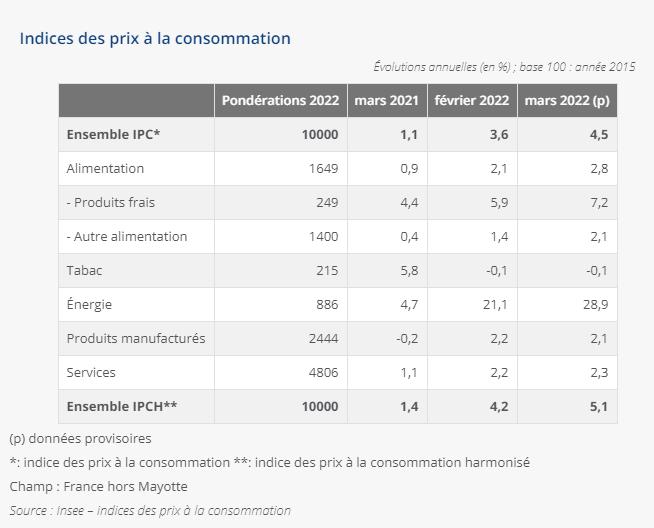 The highest record ever recorded!

Earlier, data released by the French National Bureau of Statistics showed that the French CPI in March increased by 4.5% year-on-year and 1.4% month-on-month, hitting a new high since the 1980s.

Germany's CPI, which is adjacent to France, rose by 7.3% year-on-year in March, much higher than economists expected.

Not only that, data from Eurostat showed that the annual inflation rate in the euro zone was 7.5% in March, which continued to set a record.

If you go back to February, the UK CPI rose by 6.2% year-on-year, the highest record in nearly 30 years.

Rising energy and food prices are 'main cause'

When analyzing the reasons for the increase in CPI, many countries pointed out that high CPI is directly related to rising energy prices.

For example, the price of petroleum products in South Korea rose by 31.2% in March, exceeding 30% again after a lapse of 4 months.

Recently, the tension in Ukraine has continued to block the market supply, and the price of crude oil has remained high.

Another major factor for the high CPI in many countries is food prices.

For example, the French CPI data in March showed that food prices rose faster than expected, and the prices of fresh agricultural products continued to climb.

This is also confirmed by the Food and Agriculture Organization of the United Nations.

The U.N. Food and Agriculture Organization released a report on April 8, showing that the impact of the Ukraine crisis spread across the staple food and vegetable oil markets, leading to a sharp jump in world food commodity prices to record highs in March.

Among them, world wheat prices soared 19.7%.

In addition, corn prices rose 19.1% month-on-month, hitting a record high along with barley and sorghum prices.

CPI forecasts for 2022 in many countries have been

Judging from government departments and market feedback, the phenomenon of high international energy and food prices will not change in a short time.

For example, the U.S. Department of Agriculture's updated March Food Price Outlook report shows that all food prices are expected to rise 4.5% to 5.5% in 2022.

With the exception of fresh vegetables, forecasts have been revised upwards for almost all food categories.

A Finnish institute for applied economics research (PTT) forecasts that food prices in Finland will rise by 11% in 2022, well above the level of overall inflation.

In terms of energy, from April 1, the UK energy regulator Ofgem raised the average usage limit per household from £1,277 to £1,971.

According to foreign media reports, Bank of England Governor Andrew Bailey said the country is facing the largest single shock to energy prices since the 1970s.

This is the biggest increase since the introduction of Ofgem's price cap.

But official forecasters and analysts also warned to brace for another surge in energy bills when the next cap takes effect in October.

Under the sudden change in the international environment, the annual CPI forecasts of many countries are facing upward revisions.