The third vice-president of the Government, Teresa Ribera, accuses the Spanish electricity companies of putting pressure on Brussels to "derail" the company. Spain's proposal and... 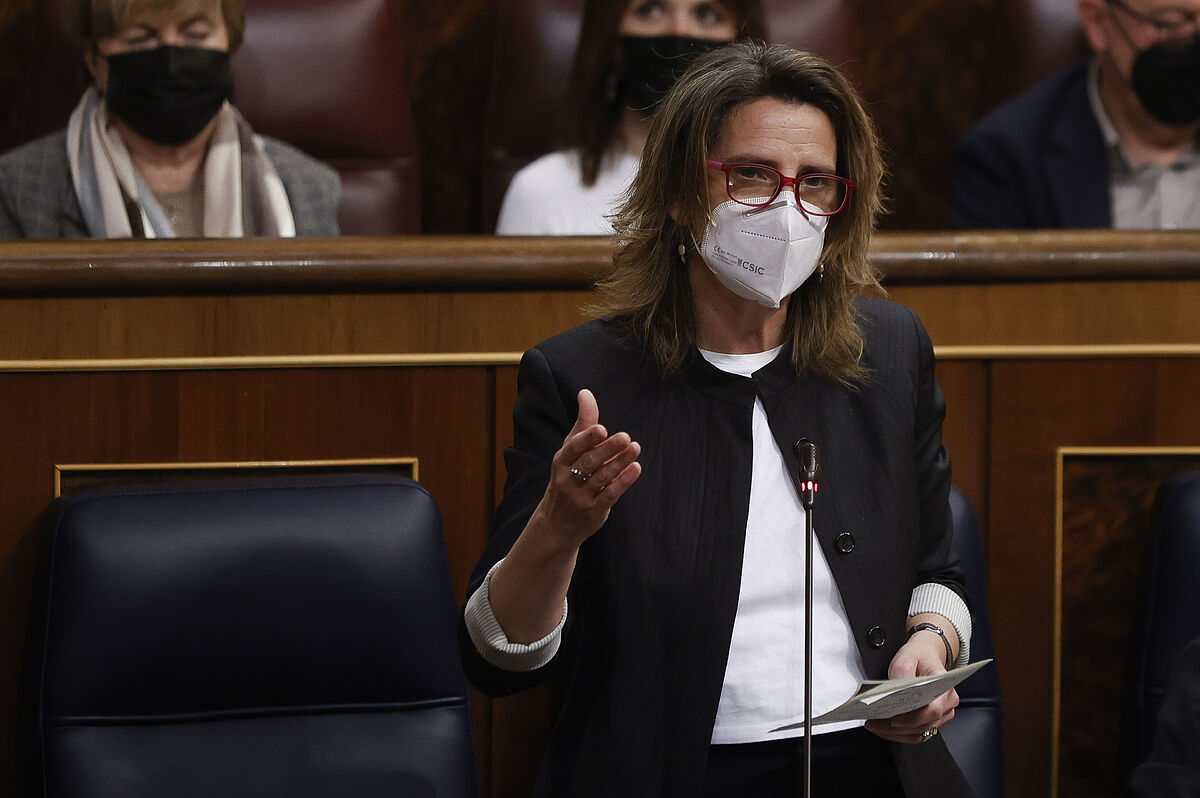 The third vice-president of the Government,

, accuses the Spanish electricity companies of putting pressure on Brussels to "derail" the proposal by Spain and Portugal to intervene in gas prices.

In harsh statements to TVE, Ribera stated that the Spanish electricity companies "want to derail the proposal".

and are insisting before the European Commission. It is a front that seems unfortunate to us", she declared.

They are not only Spanish, but European because they consider it detrimental to the proper functioning of the European market that two member states are allowed to intervene in prices.

The general secretary of Eurolectric,

, declared to this newspaper last Sunday that the proposal of Spain and Portugal.

“More than ever we must respond to this situation with unity.

The fragmentation of the European Union and that member countries act individually is exactly what Putin is looking for.” Also the German Chancellor,

, although he gave his approval to study the Iberian exception, considers it a mistake to intervene in the market.

Ribera emphasizes in his statements that Spanish electricity companies are interested in not limiting gas prices to generate electricity at 30 euros per megawatt hour, because

"for companies, the higher the price, the more profits

He has also described as "unfortunate" the criticisms of the top executives of Iberdrola,

, against the Iberian exception to the European market.

Galán also recalled that last Monday that Spain has "the 'great honor' of being the country with the highest regulatory risk in Europe."

The third vice president replies that "

in relative terms than those of other member states.

That is not tolerable.

We ask them to moderate their benefits." Ribera added that so far "the response has been poor" to this request and that the Government will exercise its responsibility to achieve it, without giving further details.

As this newspaper published, the technicians of the European Commission see it as more acceptable to limit prices to 80 euros MWh to avoid distortions in the European market, but Ribera believes that these differences "is not a critical aspect" and is confident in a quick solution .

As for the supply with Algeria, Ribera admits that "it is time to review prices" in the contract between Naturgy and Sonatrach and has taken it for granted that there will be an increase.

I am confident that the increase will be moderate

In a possible allusion to Naturgy, he has criticized that under this pretext it has reviewed contracts with Spanish industries.