Ramadan meals.. Restaurants raise their prices, others fix them and offer offers

Consumers confirmed that restaurants raised the prices of meals during the month of Ramadan by rates of up to 33.3%, at a time when restaurants fixed prices without increases, and others offered special offers. R 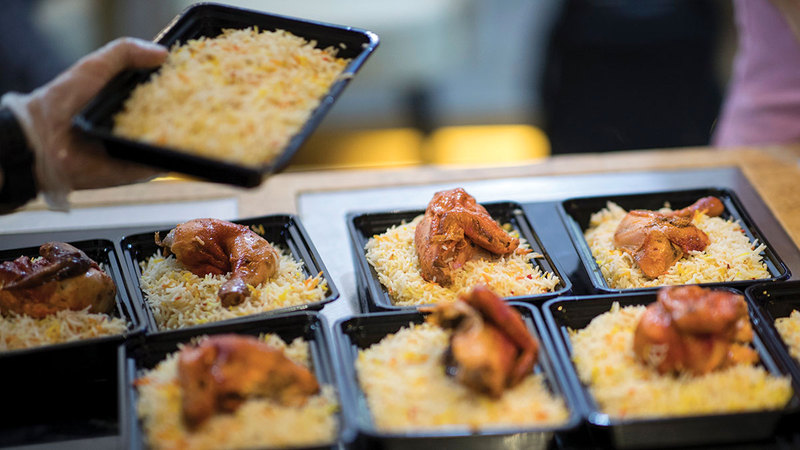 Consumers consider price increases to be significant..and two officials attribute it to raw materials and shipping

Ramadan meals.. Restaurants raise their prices, others fix them and offer offers

Consumers confirmed that restaurants raised the prices of meals during the month of Ramadan by up to 33.3%, at a time when restaurants fixed prices without increases, and others offered special offers.

They said that the increase in the price of meals is large and exaggerated, by restaurants that take advantage of the conditions to raise the percentage of profits, calling for tighter control and imposing fines on violating restaurants, in order to protect the rights of consumers.

At a time when two officials in two restaurants indicated that the prices of raw materials increased by more than 30%, in addition to the cost of shipping, the retail expert called for the rapid imposition of severe penalties on violating restaurants, if it is proven, after reviewing the purchase and supply invoices, that there are unjustified increases, considering that The current price increases are significant.

He believed that the increase in the prices of meals was large, exaggerated, and illogical, especially since the prices of some raw materials in the local market were fairly stable, and there were no significant increases in them.

He added, "There are restaurants that take advantage of circumstances to raise the percentage of profit, not to avoid or reduce losses."

For his part, consumer Ghassan Malik said that, just before the start of Ramadan, many restaurants changed their menus, and set new ones that include the new price hikes.

He confirmed that a grill restaurant is currently offering a family meal for 195 dirhams, knowing that it offered the same meal during the month of Ramadan at 170 dirhams, which means a current increase of 15%.

As for the consumer, Fayez Akl, he said that at a time when a restaurant raised the price of meals from 25 to 33 dirhams and from 28 to 35 dirhams, after changing the menu, there are restaurants that did not raise prices during the current Ramadan compared to the month of Ramadan last.

It was agreed that penalties should be imposed on restaurants that raised prices by unjustified large rates, and that purchase and supply bills should be checked.

It agreed that there are restaurants that did not raise the prices of meals, and continued to present their offers of the same value and size, calling for the need to tighten control and impose penalties to ensure that consumers are not exploited.

As for the consumer, Reda Al-Sayed, he mentioned that he noticed that restaurants raised their prices, and others offered Ramadan offers for discounted meals, including chicken, meat kofta and rice, with dates, at prices ranging between 15 and 17 dirhams, while its price previously ranged between 17 and 19 dirhams, with reduced rates of 11.8 and 10. 5%.

Restaurants have also reduced the prices of Ramadan meals along with food items such as: soup, dates and Ramadan drink from 50 to 45 dirhams, with a decrease of 10%.

In addition, an official in restaurants raised the prices of his meals, (W.S.) that the increases are linked to an increase in the prices of raw materials, given that they rose in the global market by large percentages that exceeded 30%, which was reflected on the local market as well as the countries of the world, in addition to the large increases in food prices. Shipping rates.

The official denied that the price increases were for the purpose of raising profits, stressing that they aimed to cover a tangible percentage of losses, in order to continue working.

In turn, a responsible manager in a restaurant that did not raise prices, (AM), confirmed the existence of significant increases in the prices of some raw materials, in fact, pointing to the increase in the price of a chicken box from 70 to 120 dirhams, a large percentage that exceeded 71%.

He said that the restaurant preferred to continue during the month of Ramadan at the usual prices, provided that the final decision was made regarding the price increases after the month of Ramadan, in the context of intense competition in the market, referring to restaurants offering offers for their meals, to the presence of stocks of raw materials they have, or the presence of intense competition. in its surroundings.

For his part, retail affairs expert, Devi Nagpal, said that the rates of price increases are large and unjustified, even in the event of increases in the prices of raw materials.

Nagbal demanded the immediate imposition of severe penalties on violating restaurants, if it is proven, after reviewing the purchase and supply invoices, that there are unjustified increases, provided that the penalties are announced transparently, to not encourage other restaurants to increase their prices.

The administration asks traders and producers, in the event of price hikes, after complaints have been received, to review the supply invoices from local and importing authorities, to verify the rates of the increases and their causes, and to take the necessary measures accordingly, to control the market.