Mohammed bin Rashid: Our economy is the highest growing in the region during 2021

His Highness Sheikh Mohammed bin Rashid Al Maktoum, Vice President and Prime Minister of the UAE and Ruler of Dubai, affirmed that "in a turbulent, changing world, the UAE has not stopped moving steadily forward. Our economy is on the rise, our path is accelerating, our competitiveness is moving up, and our future is going to good." God willing, we wish 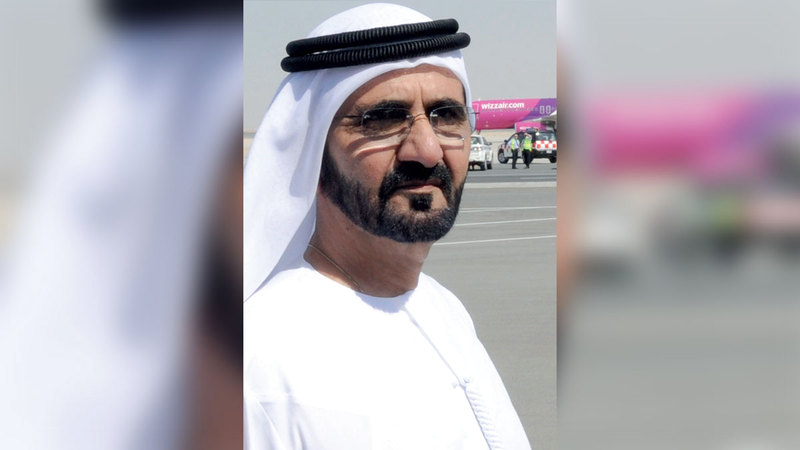 Mohammed bin Rashid: Our economy is the highest growing in the region during 2021

His Highness Sheikh Mohammed bin Rashid Al Maktoum, Vice President and Prime Minister of the UAE and Ruler of Dubai, affirmed that "in a turbulent, changing world, the UAE has not stopped moving steadily forward. Our economy is on the rise, our path is accelerating, our competitiveness is moving up, and our future is going to good." God willing, we give good tidings to our people that the future is better.”

His Highness' statements came, in conjunction with the announcement of the achievement of the gross domestic product of the United Arab Emirates for the year 2021, a positive growth rate that exceeded the estimates of analysts and specialized international institutions, which confirms the strength of the country's economic performance. A growth of 3.8%, exceeding the estimates and expectations of international institutions, which estimated the growth of the country's GDP in 2021 at a rate of 2.1%.

His Highness Sheikh Mohammed bin Rashid Al Maktoum said: "The Federal Competitiveness and Statistics Center completed calculating the UAE's GDP in 2021. The expectations of international organizations were to achieve a growth of 2.1% for our national economy, and we achieved 3.8% growth (higher than the growth of 2019)," And the highest growth in the region, and at current prices, the output was one trillion and 489 billion dirhams.”

His Highness stressed that “the promotion and improvement of economic procedures and legislation has preserved the country’s position as an environment that attracts investments on a continuous basis, in addition to supporting foreign trade and openness to the world as one of the components of international economic relations. and residents of the country, and contributes to achieving the leadership and competitiveness of the UAE at the regional and international levels.”

The GDP data confirmed the level of economic diversification, and the relative importance of non-oil economic activities, as the non-oil sectors contributed mainly to the growth of the GDP, and the contribution of the extractive industries (including oil and gas) to the GDP at constant prices decreased from 29.1% in the year 2019 to become 27.7% in 2021, which is in line with the state’s economic policies in reducing dependence on the oil economy, consolidating an economy based on knowledge and innovation, and strengthening national non-oil industries.

The activation of innovative economic initiatives related to non-oil sectors and activities positively contributed to enhancing the growth of the country’s GDP for the year 2021, which amounted to one trillion, 492 billion and 639 million dirhams, while the non-oil GDP at constant prices amounted to one trillion and 79 billion and 774 million dirhams, achieving positive growth. In all vital sectors, the added value of wholesale and retail trade in the GDP at constant prices grew by 14.1% compared to the year 2020, and by 8.1% from the year 2019, exceeding the pre-pandemic figures, and the manufacturing sector achieved a significant growth of 7.5% for the year 2020 and by 10.1% over 2019, which proves the success of the strategic plans adopted by the UAE government to develop the industrial sector and stimulate the national industry.

Sultan bin Ahmed Al Jaber, Minister of Industry and Advanced Technology, said: "The growth of manufacturing industries that support GDP confirms the UAE's keenness to consolidate its position and develop its national economy to become among the most advanced and developed economies in the world.

Thanks to the leadership’s vision, the UAE succeeded in achieving and recording a remarkable growth in its gross domestic product, which reached 3.8%, exceeding the expectations of many international institutions.”

He added: “The Ministry of Industry and Innovative Technology continues its mission to provide a regulatory and legislative environment that supports growth and innovation, and to provide supportive financing solutions as a clear progressive approach that achieves more growth and success for the UAE, and embodies the forward-looking vision of leadership in the field of a sustainable economy, and increasing self-reliance in sectors. priority, and promoting the growth of advanced industries based on advanced technology.”

The Minister of Economy, Abdullah bin Touq Al Marri, said: "Once again, the UAE economy is proving its ability to face the various challenges that impose themselves on the global economic scene, recording growth rates that exceed analysts' expectations and estimates of international institutions. This confirms the correctness of the path followed and the efficiency of the economic policies and plans that have been adopted in accordance with a conscious vision and sound directives of the rational leadership of the country.

He added: "The UAE has set an ambitious goal to be the fastest recovering from the repercussions of the worst health and economic pandemic that the world has recently faced, and formulated an integrated strategy to advance the national economy within a record time. The stage of recovery and we have entered the stage of growth in all axes and sectors of economic work in the country, and this growth we are witnessing in the activity of foreign trade movement, foreign investment flows and tourism.”

He added that efforts are continuing and the next stage will witness more advanced and prosperous levels of the country's economy with new growth engines and more diverse foreign partnerships to serve the country's future vision and provide the possibilities for comprehensive and sustainable development.

• “In a turbulent and changing world, the UAE has not stopped moving steadily forward.”

• "Our economy is on the rise, our path is accelerating, and our competitiveness is moving up."

• “Our future is good, God willing, and we give good tidings to our people that the future is better.”

Al-Zeyoudi: The national economy has passed the stage of recovery from the “pandemic”

Minister of State for Foreign Trade, Dr. Thani bin Ahmed Al Zeyoudi, said, "The UAE continues to achieve outstanding achievements in various fields of sustainable development, especially sustainable economic development, which today reflects the 3.8% growth rate in the country's gross domestic product, surpassing most regional economies. A number that far exceeded the expectations of the relevant international institutions, which shows the leadership of the UAE in light of the directives and vision of its wise leadership and strategic initiatives under the umbrella of the 50 projects that aim to achieve internal and external growth for the country in various fields over the next 50 years, leading to the UAE Centennial 2071.

He added: "This result is further evidence of the efficiency of the distinguished approach adopted by the UAE during the past stage thanks to the wisdom of its wise leadership and its unlimited support, and its proper handling of changes and challenges with a forward-looking vision for the future, and with correct and flexible policies with positive sustainable returns, as this growth in the domestic product shows. The total recovery of the positive growth path in the business environment and the achievement of broad-based growth that includes various vital and major economic sectors and activities in the country at rates that exceed their counterparts in 2020 and 2019, which confirms that the country’s economy today has crossed the stage of recovery from the global pandemic, and is ready for new horizons of growth and momentum in activities Trade and investment, in a way that enhances the country’s position as a preferred global destination for talent and companies in various vital sectors.

Ahmed Al Falasi: The UAE is a favorite destination for entrepreneurs and owners of entrepreneurial projects

Minister of State for Entrepreneurship and Small and Medium Enterprises, Dr. Ahmed Belhoul Al Falasi, said, "Achieving this distinguished percentage of the UAE's GDP growth is an important milestone in the UAE's economic growth process."

He added: “In light of the economic challenges that the world has witnessed during the past two years as a result of the repercussions of the global pandemic on the economies of all countries of the world, and other economic variables in the region and the world, achieving a growth of 3.8% in the country’s gross domestic product, which exceeds global expectations and exceeds the rates that have been achieved. Achieving them at the regional level is evidence of the strength and resilience of the national economy and its ability to overcome various challenges and turn them into opportunities for growth and development. economic.”

Minister of State for Advanced Technology, Sarah bint Youssef Al Amiri, stressed the importance of technology and the Fourth Industrial Revolution in enhancing the economic diversification of the UAE, and consolidating its leading position among the most competitive economies at the regional and global levels, which was clearly reflected in the positive results achieved by the country as its GDP exceeded Total for 2021 Most of the global forecasts, including the relevant international institutions.

She said: "The growth achieved by the vital sectors in the country reflects the continuous efforts made by all agencies and institutions, driven by the vision and directives of the leadership, and pursuant to tight strategies and plans, which contribute to empowering sectors, raising their contributions to the gross domestic product, and forming an integrated economic system that achieves the aspirations of the state and consolidates its position." The world is among the most important and strongest economies in the world.

• The activities of trade, manufacturing, real estate, financial, insurance and health industries have exceeded their growth in the pre-pandemic years.

• The oil sector's contribution to the GDP decreased for the third year in a row, which reflects the success of the state's policy in economic diversification.

• The gross domestic product for the year 2021 recorded 1.48 trillion dirhams.