The Food and Drug Authority in Saudi Arabia has warned of the possibility of contamination of some Kinder chocolate products, manufactured in Belgium, with salmonella bacteria, and called for avoiding its consumption. 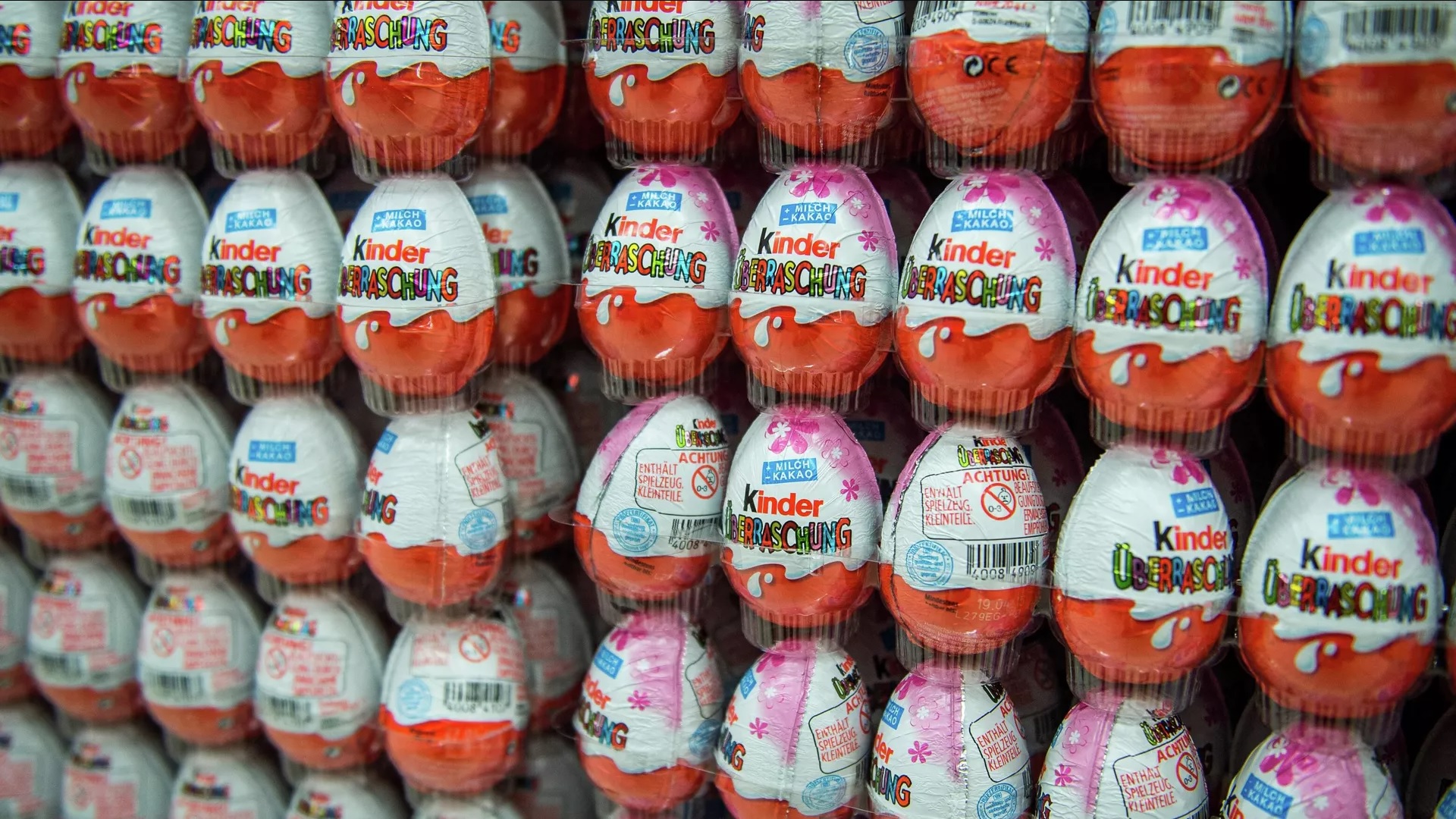 The Food and Drug Authority in Saudi Arabia has warned that some Kinder chocolate products, manufactured in Belgium, may be contaminated with salmonella bacteria, and called for avoiding their consumption.

The authority said in a statement, "The Rapid Alert Center received a report of contamination of the "Kinder Surprise Maxi" product with batch numbers including "L004L03" and "L005L03-AD" with an expiration date of 10/1/2022.

The authority confirmed that it is taking the necessary measures to ensure that local markets are free of the aforementioned product, and also recommends consumers to avoid it and get rid of what they have in order to preserve their health.

And the Italian giant "Ferrero" in the field of the chocolate industry decided, on Wednesday, to withdraw more of its famous brand "Kinder" products from the United Kingdom and Ireland, after salmonella infections were recorded in Europe two weeks before Easter.

"Although the situation remains the same, we are fully aware that Easter is approaching, coinciding with an expected increase in sales of these products," Ferrero said in a statement, adding, "Therefore, we have decided, as an additional precaution, to withdraw more products manufactured in the same factory during the same period." .

The draw includes “kinder surprise” egg products sold by the piece or in a box of three eggs, with an expiration date of October 7, 2022, while the products that were withdrawn from the market, on Tuesday, include their expiry dates between July 11 and October 7.

The company also took a "precautionary decision to recall other products including Kinder Mini Eggs, Kinder Egg Kits, Kinder Surprise 100g and Schokobons in the UK and Ireland, which are recommended for consumption between April 20 and August 21."

And Ferrero announced, on Tuesday, the withdrawal of a series of products from the Kinder brand, manufactured inside its factory located in the Belgian city of Arlon, and sold in France, Belgium, Britain, Northern Ireland, Germany and Sweden.

And she said she was continuing her cooperation with the health authorities in Britain and Ireland "in light of the registration of cases of salmonella disease", despite "the fact that salmonella has not yet been detected in any Kinder product on the market."

A spokeswoman for the British health authorities said, on Tuesday, in a statement to AFP, that 63 cases of salmonella had been detected on British soil.

In France, the National Reference Center for Salmonella at the Pasteur Institute announced that 21 cases of this bacteria had been recorded, 15 of which belonged to people who had eaten the aforementioned Kinder products, according to the French Public Health Authority.

The average age of the injured is four years.