Al Zeyoudi: “Expo 2020 Dubai” contributed to accelerating the recovery from the pandemic and the growth of economic sectors

Minister of State for Foreign Trade, Dr. Thani bin Ahmed Al Zeyoudi, affirmed that “the UAE is based on an approach of optimism, positivity, leadership and work for the future,” stressing the great role of “Expo 2020 Dubai” as a major driver that contributed to accelerating the recovery process and achieving growth in various fields. a 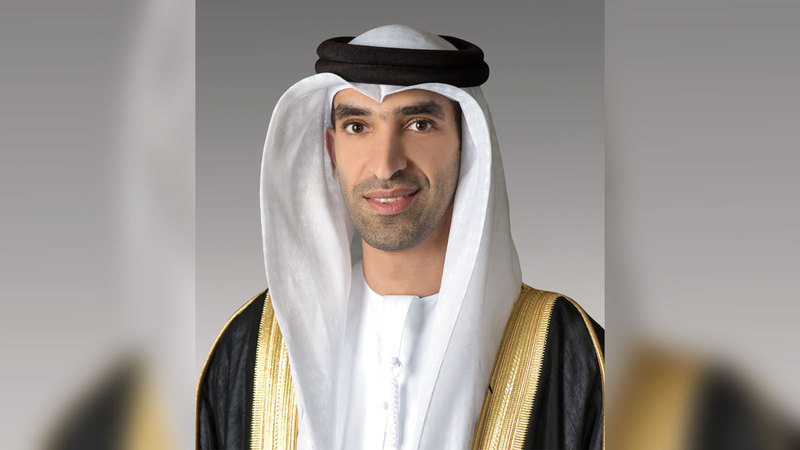 Contributed to doubling the returns of vital sectors such as tourism, shipping and aviation

Al Zeyoudi: “Expo 2020 Dubai” contributed to accelerating the recovery from the pandemic and the growth of economic sectors

Minister of State for Foreign Trade, Dr. Thani bin Ahmed Al Zeyoudi, affirmed that “the UAE is based on an approach of optimism, positivity, leadership and work for the future,” stressing the great role of “Expo 2020 Dubai” as a major driver that contributed to accelerating the recovery process and achieving growth in various fields. The economic sectors, which lays the foundation for a new start for the country, in light of the 50 strategic projects, and the development of the new economic model for the UAE, aimed at achieving sustainable growth.

He said, "In light of the successive achievements made by the UAE during the last period, we look with great optimism that the country, thanks to the support and directives of its wise leadership, has succeeded in a safe crossing to the post-pandemic stage, and has made many strides in sustainable growth paths, which appeared from The performance of the state’s foreign trade, investment, entrepreneurship, tourism, and others.

He stressed that "since the first moments of the UAE's endeavor to win the eligibility to organize (Expo 2020 Dubai), that most prominent global event, the vision around the (post-Expo) phase was clear and defined for decision-makers and the government of the UAE, thanks to the forward-looking vision of our wise leadership, and the approach of the UAE. diligently looking forward to the future.”

He added: "We have seen the importance of the (Expo 2020 Dubai) agenda, which was established in its Emirati version, on dialogue, partnership and communication between minds and cultures, and raising issues that address the future, which will have a positive impact on the position of the UAE on the global stage, especially with regard to economic issues, work. For development and prosperity, and facing challenges with concerted efforts, teamwork and innovative thought, to turn them into opportunities and solutions for a better future.”

Al-Zeyoudi continued: "The movement and momentum witnessed by (Expo 2020 Dubai), despite the challenges and global changes that coincided with it, will be reflected in its impact within the framework of raising the status of the country during the next stage in various aspects in various sectors of development, especially the world's view of the Emirates .. Perhaps the signs of these results are the distinguished results achieved by (Expo 2020 Dubai) in terms of the total number of visitors, which amounted to more than 24 million visitors, which is a record number.”

Al Zeyoudi pointed out that "Expo 2020 Dubai" provided unrepeatable opportunities for all state institutions, whether in the government or private sector companies operating in the Emirates, as well as the academic and cooperative sectors, and others, to put forward agendas with ambitious future visions, to benefit from the huge momentum and movement that it created. "Expo", which was a crucible that brought the world together on the land of the Emirates, during which sustainable partnerships were established that will serve the interest of revitalizing the economic and commercial movement, and increasing the added value of the national economy, by doubling the returns of a wide range of vital sectors, such as tourism, shipping and aviation services, as well as Establishing rapid growth in the sectors of the new economy, which will enhance the state’s plans to build a future economy based on knowledge and innovation, and of course these outputs will be converted into long-term expansion and growth plans.

Al Zeyoudi said, "If we talk about the foreign trade sector benefiting from the success of (Expo 2020 Dubai), it is a success for the UAE as a whole, and a consolidation of its position as an ideal destination for conducting trade and business, in addition to the ability to increase partnerships with the outside world, and openness to international markets, no doubt. The ability of any country to enhance its interdependence globally is reflected in the strengthening of its trade partnerships, and its strength and positive impact on the map of global trade, and this was provided by (Expo 2020 Dubai) in the first place, as we witnessed the world’s knowledge of the strength of the UAE on the map of international trade, and its stimulating and supportive policies to facilitate And the development of trade and its vital free zones and its highly developed infrastructure in terms of facilitating trade from ports and airports, and its leadership in the fields of transport, aviation, shipping and logistics services, as well as its ambitious future vision in light of the 50 projects, and this will directly contribute to increasing the growth of the foreign trade sector in the future to be one of the fruits positivityThe many achieved by (Expo 2020 Dubai).

He added that it is useful to mention in this context that the UAE's non-oil foreign trade has already achieved an important leap in 2021, and the results of the last quarter of last year, which coincided with the launch of "Expo 2020 Dubai", had an important contribution to this positive result, as growth reached In our non-oil trade exchanges with the world 27% compared to 2020, and our total non-oil trade with the world reached 1.9 trillion dirhams, and our national non-oil exports increased by 33%, exceeding 354 billion dirhams for the first time in its history.. As we witnessed during (Expo 2020 Dubai) witnessed significant growth in many vital sectors in the country, most notably real estate, tourism, hotels, the retail sector and food and beverage trade, while the civil aviation sector witnessed a significant recovery.

He said that the positive impact of "Expo 2020 Dubai" we see in the positive performance achieved by the economic sectors in the country during this period.

Shaping the future of investment

Minister of State for Foreign Trade, Dr. Thani bin Ahmed Al Zeyoudi, confirmed that “(Expo) witnessed the holding of the first session of the Investopia Investment Summit, one of the 50 strategic projects, which brought together leading figures from around the world in the fields of investment, finance and the new economy, within the framework of an integrated vision to formulate The future of investment and partnerships in the sectors of the future with new visions and solutions, with an ambitious goal of attracting 550 billion dirhams of foreign direct investment to the UAE during the next decade in the new economy sectors.. Expo 2020 Dubai also hosted the 2022 Annual Investment Forum with the participation of delegations from 174 countries, to explore Investment opportunities globally and in the UAE markets, thus enhancing the country’s position as one of the most vibrant economic destinations in the world.”