More than 2 million people are robbing alcohol! Did you get it?

Zhongxin Finance, April 3 (Zuo Yuqing) The APP reached the top of the app store on the day it was opened for download. On the first day of trial operation, more than 6 million people participated in the snap-up, and the winning rate was less than 1%. Who has such a hot market? carrying capacity?   Recently, the launch of Kweichow Moutai's official e-commerce platform "i Moutai" has caused many 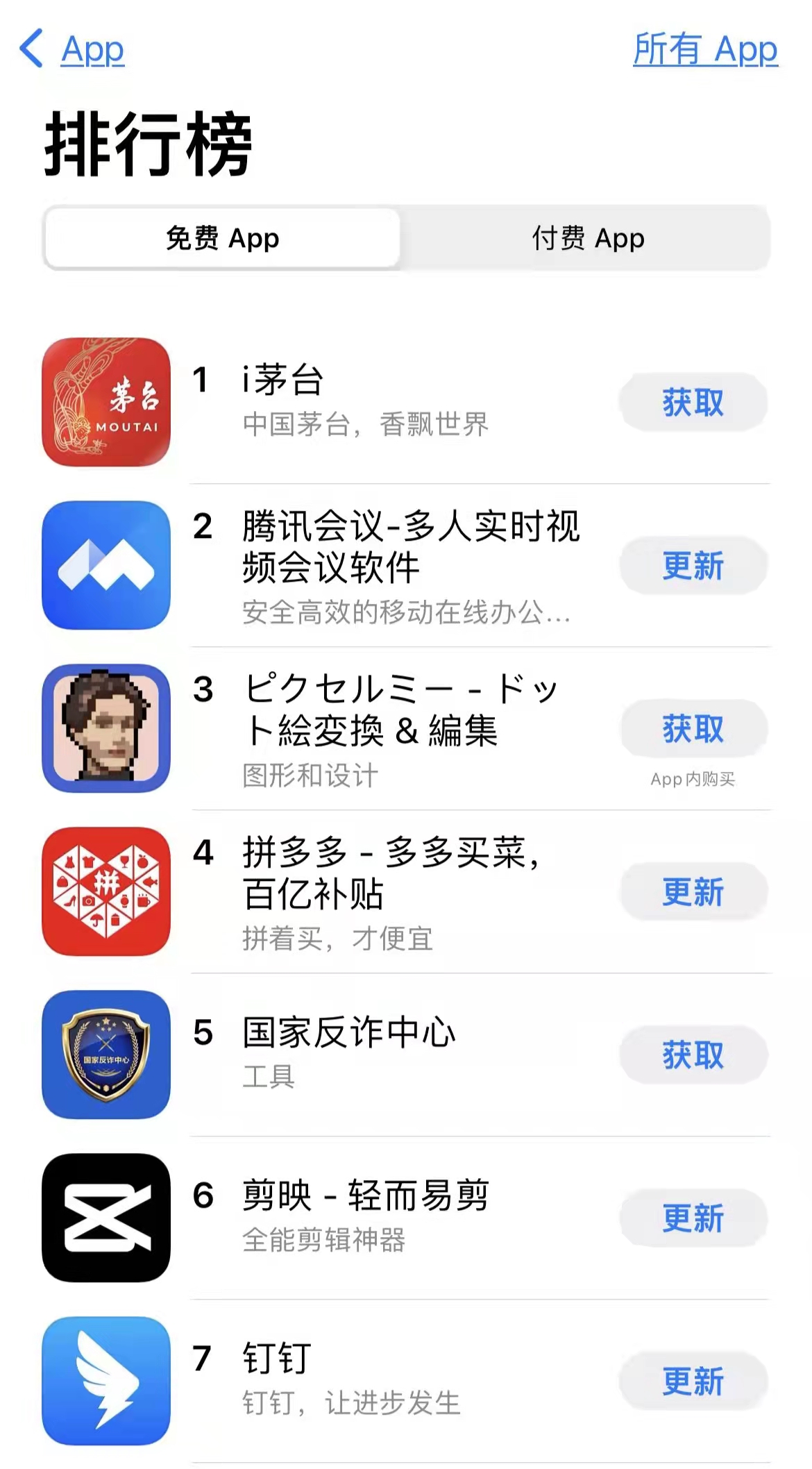 Zhongxin Finance, April 3 (Zuo Yuqing) The APP reached the top of the app store on the day it was opened for download. On the first day of trial operation, more than 6 million people participated in the snap-up, and the winning rate was less than 1%. Who has such a hot market? carrying capacity?

Recently, the launch of Kweichow Moutai's official e-commerce platform "i Moutai" has caused many consumers to complain that it is not only the license plate that needs to be shaken, but also Moutai liquor.

On March 29, the iMoutai APP became the top free APP in the Apple App Store.

For the launch of the iMoutai APP, many people are most concerned about: "Can you buy Feitian?"

Among them, there is no cheap Feitian Moutai.

"For the platform during the trial operation, Feitian Moutai's attention is too high, which is not conducive to the traffic control of the platform in the early stage, but some Feitian may be appropriately released in the later stage. After all, it is the main traffic product, and its sales volume and influence are still very high. Big." Cai Xuefei, general manager of Zhiqu Consulting and liquor analyst, said.

The success rate of subscription is "one in ten thousand"

Despite the absence of Feitian Moutai, the word "Moutai" is still an unmatched traffic password: the day the i Moutai APP was launched, it jumped to the top of the free APP list in the Apple App Store, with an average of nearly 300,000 downloads per day.

The announcement of Kweichow Moutai shows that more than 2.29 million people and 6.22 million people participated in the subscription from 9:00 to 10:00 on March 31, the first day of the trial operation of the i Moutai APP.

"The rate of winning the lottery is lower than that of IPOs." Some netizens were dissatisfied with this.

Taking April 1 as an example, a total of 328 bottles of a certain Moutai liquor were put on the market that day, and more than 1.5 million people subscribed for it, and the success rate of the subscription was only about 0.02%.

Due to the difference in the amount placed in different places, the success rate of subscription in some areas is even lower: the publicity statement of the Kweichow Moutai self-operated store on Yangfangdian Road in Beijing shows that the amount of a certain Moutai liquor placed in the store is only 4 bottles, but the number of subscriptions is as high as 38548 People, which means that at most 1 person out of 10,000 people can grab this Moutai wine, which can be described as "one in ten thousand".

On April 1, the purchase result of a certain Moutai liquor was announced.

Cai Xuefei believes that the iMoutai platform is still in a testing state, and it is normal for a small amount of delivery.

"A small amount of delivery is convenient for test management and data collection. With the normal operation of the platform, the supply of various types of Moutai should be gradually increased."

Direct sales and dealers, the balance beam that is difficult to walk

In fact, this is not the first time that Kweichow Moutai has tested a direct e-commerce platform.

However, the e-commerce platform failed to respond to the high hopes placed on it.

In December 2019, due to problems such as executive corruption and scalpers hoarding goods, Kweichow Moutai finally announced that the board of directors of Moutai Group unanimously approved the dissolution and cancellation of Moutai E-commerce.

So, will i Maotai, who has returned this time, repeat the same mistakes and become the "carnival" of the scalpers again?

Data map: Citizens learn about information at a Kweichow Moutai counter in a supermarket in Fuzhou, Fujian.

At present, real-name authentication and face recognition are required for the subscription and payment of iMoutai.

However, according to media reports, many scalpers have downloaded multiple apps on different mobile phones, collected ID card information, and made one-click purchases through the software.

In addition to the problem of scalpers' hype, Kweichow Moutai has to face the pressure from traditional sales channels - dealers.

"At present, since Moutai adopts a quota system, the reasonable profits of dealers should be guaranteed, especially when Moutai is in short supply." Cai Xuefei said.

Cai Xuefei believes that the significance of i Moutai is to make up for the shortcomings of Moutai’s online sales; secondly, it can directly reach C-end consumers through the direct sales system, which can meet the needs of some rigid consumers to buy wine.

"In addition, because it is a direct sales model, it can effectively combat speculation such as offline scalpers hoarding goods, and enhance Maotai's ability to control product prices." (End)