Friendly economy time. Today, I will be with reporter Han Ji-yeon. Recently, a watch made in collaboration between Omega and Swatch has been a very hot topic. Yes, it was overheated as only a small amount was sold at each store. 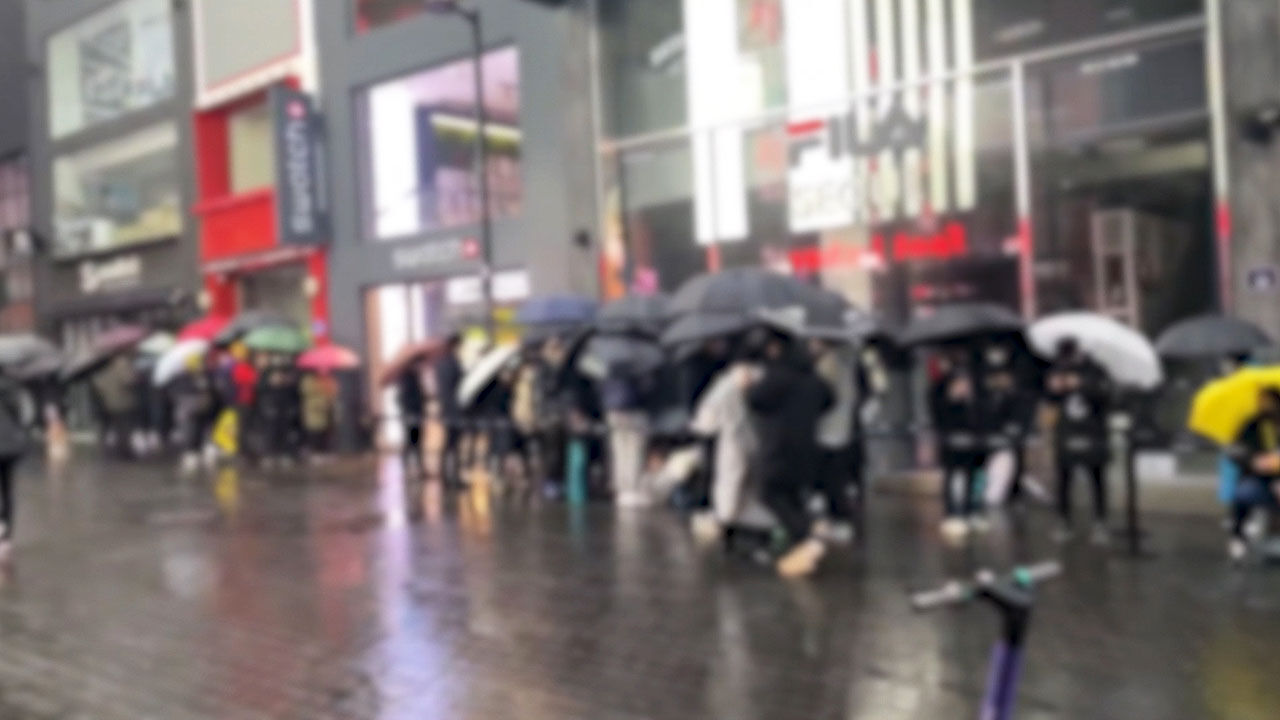 Today (29th), I will be with reporter Han Ji-yeon.

Recently, a watch made in collaboration between Omega and Swatch has been a very hot topic.

Yes, it was overheated as only a small amount was sold at each store.

First of all, if you look at the video, it is in front of the Swatch store in Myeong-dong, Seoul, and there is a long line like that.

Dry this guy up.

They tell me to go back quickly.]

There were some fights while waiting in line.

There were also police calls.

It was the same abroad.

In major cities around the world, such as Geneva, Milan, Hong Kong, and Tokyo, there are no exceptions for long lines.

As you can see on the screen, there is an open run going on to buy this watch. It is a 330,000 won watch made in collaboration with Omega, a luxury watch brand, and Swatch, a mid-range brand.

Much cheaper than an Omega watch, and a bit more expensive than a Swatch watch.

Why is it so popular?

It's a reinterpretation of Omega's 7 million won product, but since you can have an expensive watch design at 300,000 won, there is a sell-out in stores around the world.

Comparing it to the original Omega product, the one on the left is a collaboration product, but the two designs are similar.

The collaboration products are also engraved with the word Omega.

It is said that the unexpected meeting of the two brands created a new trend and sold out in Korea.

Also, if there is an open run like this, you can always see the product on the used trading site.

It was the same this time.

When I searched for a used platform, they were already selling at a premium.

This product, which used to be 330,000 won, is being sold at a price nearly five times higher.

So, it seems that a product that collaborates with a rather expensive brand and a popular brand with a relatively low price is gaining popularity.

Yes, there have been several cases like this this year. Luxury brand Gucci collaborated with sports brand Adidas.

It is Adidas' signature three-strand sweatshirt from the fall/winter collection unveiled on the 25th of last month.

A suit reminiscent of this was presented.

They are called 'Guccidas' and 'Guccididas', and they said that they collaborated to wear it to more MZ generation.

There is also a collaboration that combines the logo so that Puma is inside the heart. On the 17th, French brand Army and sports brand Puma announced a collaboration collection.

When it comes to collaborating products like this, it is attracting attention, so this combination has become official in the industry.

Is this because of the gathering of topics?

Or is there any reason why this trend has been formed so far?

There are a lot of old-fashioned luxury brands.

It is to take off the old and outdated image and infuse the 'hip' sensibility of a street brand that has emerged as a mainstream fashion.

You can keep your brand reputation young thanks to the topic of conversation that two unexpected brands met.

In addition, it is possible to secure future customers by lowering the barrier to entry for luxury goods for young consumers who cannot buy expensive luxury goods.

Most of the collaboration products are released in limited editions, so they have the effect of stimulating the desire to collect.

That's why there's an open run for this kind of collaboration product.

In the past, high-profile luxury brands did not even attempt this kind of collaboration, but they are rather active now. The number of collaborations between 2020 and 2021 increased by 200% compared to the same period a year ago.